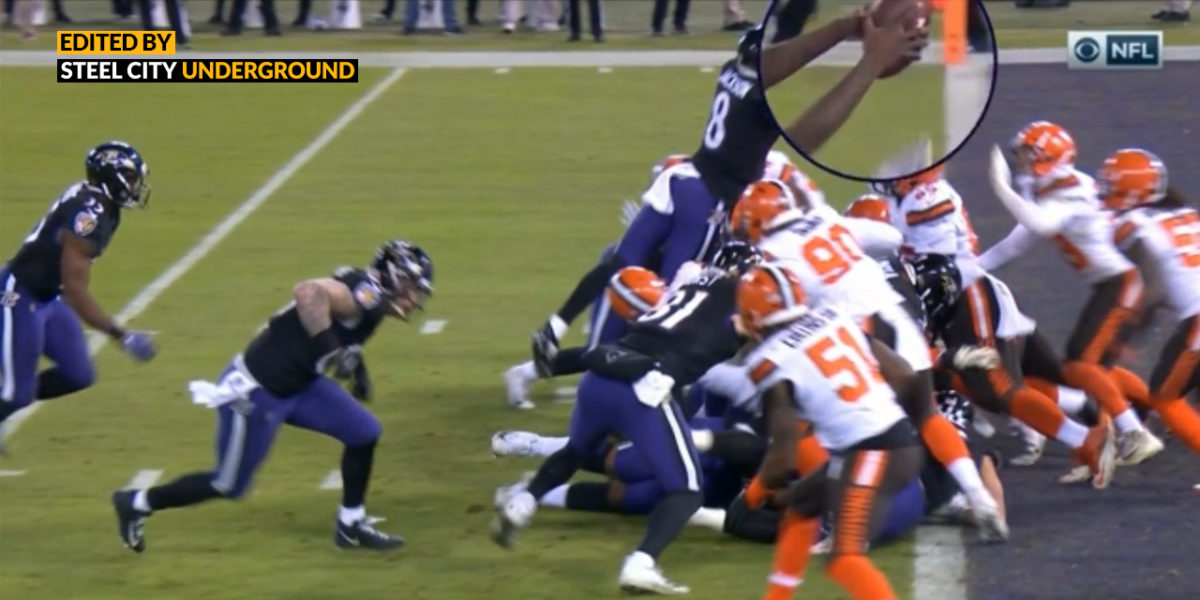 Blown call costs the Steelers and the Browns

I’m wondering if there will be a weekly officiating video discussing this call on late Friday afternoon this week?

As you may or may not be aware, myself and Brian Roach have been vocal about NFL officiating on the Steel City Underground Podcast. We’ve never tried to be “those guys” who complain about calls altering games, but upon the conclusion of the 2018 Steelers season, it feels like their year was stolen from right underneath their eyes.

It began with the hatchet job of missed penalties in the LA Chargers game a few weeks ago. In that game, officials missed a false start call which led directly to a touchdown pass from Chargers QB Philip Rivers. Later, referees also missed not one, but two blocks in the back on a Chargers punt return for another TD.

The butchering continued into New Orleans, where multiple controversial pass interference calls extended Saints drives into points. (14 of them to be exact, with one really questionable call landing them on the Steelers 1-yard line.)

I pointed out the awful calls against LA and just didn’t have the heart to argue, at least on this website, with anyone about the Saints game. Sure, there were other opportunities to close out games and control their own destiny, but the Steelers weren’t able to do that. On Sunday afternoon, they were relying on winning their own game as well as hoping the Cleveland Browns could go into Baltimore and beat the Ravens… something they nearly did.

The Browns fell to the Ravens 26-24, with another questionable officiating decision likely costing not only Cleveland a victory, but their non-victory costing the Steelers a playoff berth and division title.

First-year NFL referee Shawn Smith and his crew were in charge of the game and this mistake cost the Browns at least six points, as it should’ve gone for a touchdown…

The reason the play didn’t go for a score is that the officials blew it dead, calling it a touchdown rather than a turnover when the ball held by Ravens QB Lamar Jackson clearly did not cross the plane. Why the officials did that is odd: it was a close call, and if the ball had been turned over, that play would’ve been under video review as well.

To read it from the official game transcript, really hurts:

Yep. Julius Peppers was at the 7 with no one around. Instead, the Browns consolation prize was to get nothing from the drive and go three-and-out.

That goose egg not only cost the Browns a potential win, but their loss sends the Steelers home for the postseason.

2 responses to “Blown call costs the Steelers and the Browns”