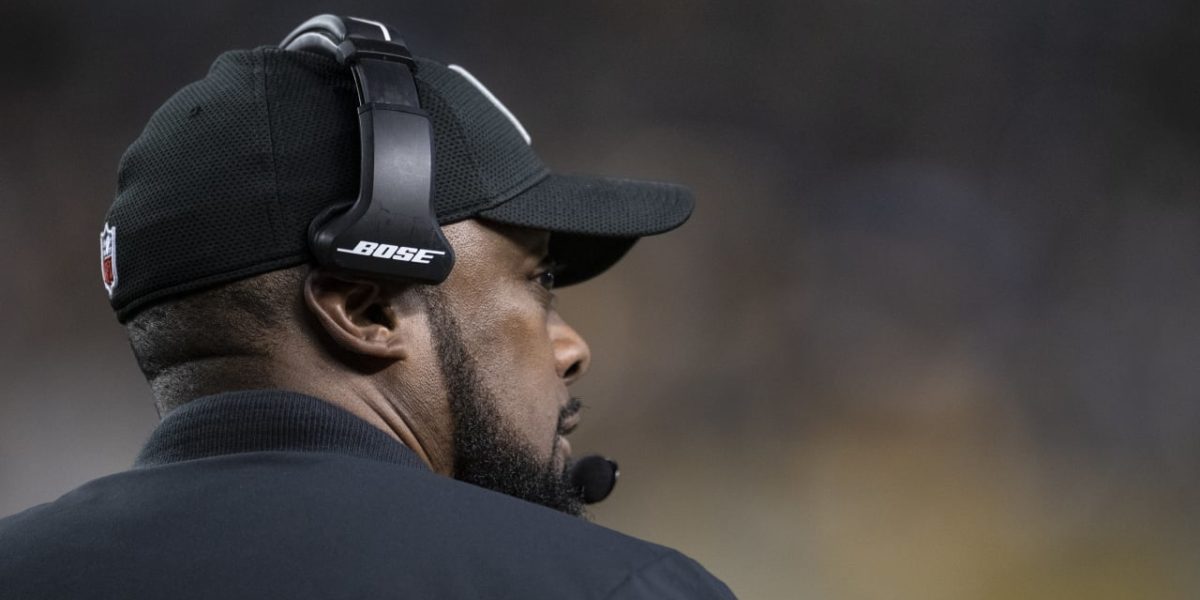 What needs to happen next for the Pittsburgh Steelers

There’s a new roller coaster going into Kennywood Park in 2019 called the Steel Curtain. Perhaps they should name the coaster “Steelers 2018 Season” instead because that’s exactly what this past year was, a roller coaster.

From the opening season tie to the Browns, to the six-game winning streak to the finish to the season that saw them fall from a 7-2-1 record; a near lock to win the division; to out of the playoffs with four losses in their last six games, the Steelers season couldn’t have been a crazier ride.

It’s a season that started with incredible expectations of winning the Super Bowl. The thing is, those expectations were not unrealistic. As this team sits at home this offseason, they have to look at what could have been. They are easily as talented as any other team that made the playoffs. They played toe to toe with the Saints, beat the Ravens in Baltimore, played a tight one with the Chargers, only lost to the Chiefs by five points and finally, after seven long years, bested the New England Patriots.

Yet, the black and gold sit at home, on their couches, pondering what went wrong and hopefully, what they need to do to get better in 2019 while this Super Bowl window may still be slightly ajar.

This season they had their issues in many facets of the game. Offensively, they turned the ball over quite a bit, especially in the oppositions end of the field. Ben Roethlisberger was responsible for 20 turnovers this season, 16 of those interceptions, a few of which were in the oppositions red zone, most notably in Denver, when going in for a TD at the end of regulation.

A quarterback of Ben’s caliber should not be turning the ball over 20 times in a season. I understand he’s one of the best in the league and he passed for over 5,000 yards to win the passing title, I don’t think there is any other quarterback worthy of taking his place but I do think his turnovers cost them a game or two and had they won that game, or two, they’d have made the playoffs.

Yet, it can’t be all on Ben. It starts with Randy Fichtner. The new offensive coordinator did a good job but down the stretch, he seemed to abandon the run, in favor of the pass. So much so the Steelers had the most lopsided pass to run ratio in the NFL and certainly in their rich history. Quite frankly, it’s unacceptable that this was allowed to continue over the last month of the year when it was very evident that the rushing attack was more than capable of handling its own. James Conner and Jaylen Samuels more than filled in for the missing Le’Veon Bell this season, proving the Steelers didn’t need Bell. Fichtner did not appropriately use his running backs and because of that, the Steelers sit at home.

Special teams didn’t do their job either. Chris Boswell was the worst kicker in football. He shouldn’t have been allowed to kick for as many games as he did but his salary and the fact that he was a pro bowl player last year got in the way of just releasing him. Because of that, the Steelers missed the playoffs, and Boswell is a huge reason why.

Special teams came in ranked 29th out of 32 teams this year as well. Danny Smith has to be fired for that, doesn’t he? I say bring in somebody new, they can’t possibly do much worse!

But missing the playoffs isn’t just on the offense or special teams it is also on the defense led by Keith Butler. Butlers defense ranked 6th overall in total yards allowed but that in no way truly depicts the story of their season. They flat out stunk. They had no ability to create turnovers, at all. They did nothing on third downs but give up big plays. That third and twenty vs. the Saints immediately comes to mind and they had a secondary that once again was unable to cover opposing receivers.

So, the Steelers and Mike Tomlin decided to let Joey Porter go after the season ended. Okay, that’s fine, I think the linebackers could have done more, I’ll buy that but if they don’t fire Butler, they are making Porter the scapegoat. Butler should have been fired last offseason. The fact that we are still talking about him having to be let go is mind-boggling. His defenses are bad. He can’t scheme. He can’t motivate, he gets outcoached consistently and he’s in over his head.

But he’s not the only one. There are some players that need to be jettisoned out of town as well… starting with a guy that didn’t play this season: Le’Veon Bell. Bell was a great back, perhaps he still is, but he proved the money was more important that team and this team proved it had a few too many “me first” guys in that locker room over the past few seasons. Bell should be allowed to walk, no games, no tags, see ya.

They need to move on from Bud Dupree as well, at least for the salary he’s slated to make right now, 9.2 million. If they can renegotiate a deal and cut that in half, then I’ll listen. If not, he has to follow former teammate Jarvis Jones out of town.

Artie Burns should just flat out be cut. He’s a bust. Can’t play. It’s best for all parties if he’s let go: he can blow coverages for another team and hopefully the Steelers can finally get some benefit from him as an opposing player because they sure as heck didn’t get anything out of him as a member of the Black and Gold!

They should extend Roethlisberger another three years, build around Conner and young and budding superstar JuJu Smith-Schuster. Conner and Smith-Schuster are team-first guys and guys you can win with, they are the new core of this black and gold team.

Veterans like Cam Heyward and Maurkice Pouncey should be allowed to have input into locker room decisions. These are quality leaders and guys that have a pulse on the locker room. They are not divas, not guys who need the attention and they know what it takes to be a good teammate.

And you can bet they will have a strong opinion on the most polarizing decision the team has to make this offseason, that of what to do with Antonio Brown. There is no denying Brown is one of the best receivers in the NFL and a guy the Steelers get a lot from… when he plays. But Brown quit on his team, there’s no arguing that. I don’t care to get into the “he said, she said” reasons as to why he didn’t play, he just didn’t and that’s a problem.

The team now must decide, before March, what they are going to do with him. I ran a poll on my Twitter page asking the fans what they felt should be done with Brown, trade him for a need or keep him and it was 54% trade him to 46% keep him. I think that’s about where the Steelers are with it as well. He should probably go, for what he did, but it’s hard to trade a talent of his caliber.

If it were up to me, I’d shop him and I’d trade him, if, and this is a big if, I got a lot in return, and that would require a top tier cornerback or inside linebacker and a first-round pick. If they can’t get that, then Tomlin and the team must find a way to work things out with Brown and move forward. If he plays like he’s capable of, he’s a weapon who can’t be covered.

All of these decisions will unfold in the coming months but one thing is certain, the Steelers don’t want this kind of coverage come January of 2020, they’d much rather be talked about for their Super Bowl run instead of winning the NFL’s drama championship.