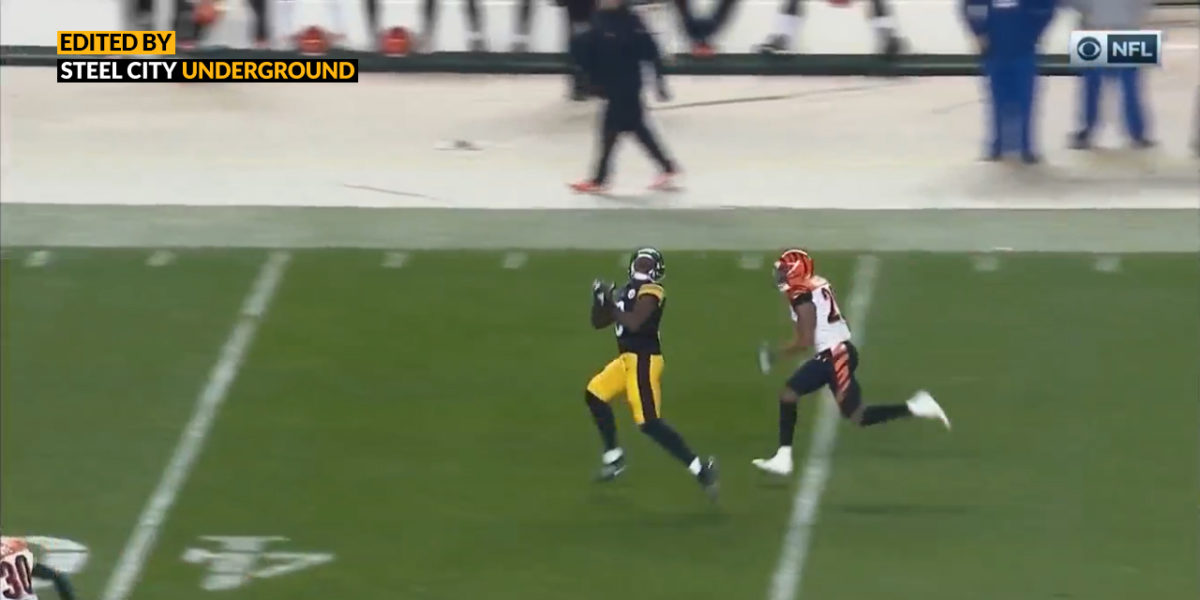 For those wondering when rookie WR James Washington may arrive, that question was answered Sunday during the Steelers 16-13 win over the Cincinnati Bengals.

The Oklahoma State product had been the target of scrutiny by fans and even Steelers quarterback Ben Roethlisberger, but that all changed when his number was called for a big play: the same play that Big Ben had previously criticized Washington for “missing” against the Denver Broncos.

Washington would come down with this 47-yard catch and consequently lead all Steelers in receiving yards for the game with 64 yards.