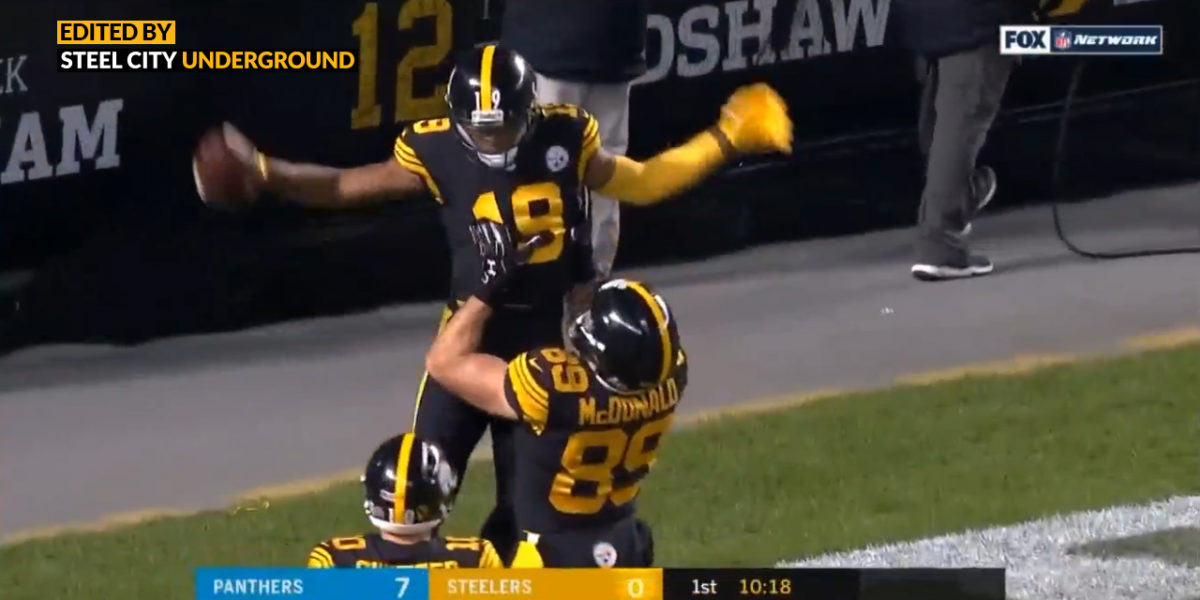 Plays of the Year: Roethlisberger goes for it all in opening offensive series

In front of the home crowd at Heinz Field as well as a national audience on Thursday Night Football, Pittsburgh Steelers quarterback Ben Roethlisberger was undaunted by the Carolina Panthers scoring on the opening offensive drive. The Steelers had won the coin toss and deferred. The defense could not quite keep Cam Newton and Christian McCaffrey from getting the first points on the board. That didn’t seem to have an effect on Big Ben, however.

From his spot as the field general, Roethlisberger took the snap at the Steelers’ 25-yard line from the shotgun and hit JuJu Smith-Schuster, in stride, for a one-play, 75-yard catch-and-run for a touchdown. Smith-Schuster’s touchdown brought Heinz Field to its feet and marked the second-longest reception of the young receiver’s NFL career; he caught his longest, for 97 yards, on Oct. 29, 2017.

The play, per Dom Rinelli and Elias Sports, marked the Steelers’ longest first play from scrimmage in a game in team history (the previous record having been 72-yards – the last time between Tommy Maddox and Hines Ward in 2002). Roethlisberger would finish the night having thrown five touchdowns; his fifth touchdown pass was the 350th of his NFL career.

One response to “Plays of the Year: Roethlisberger goes for it all in opening offensive series”