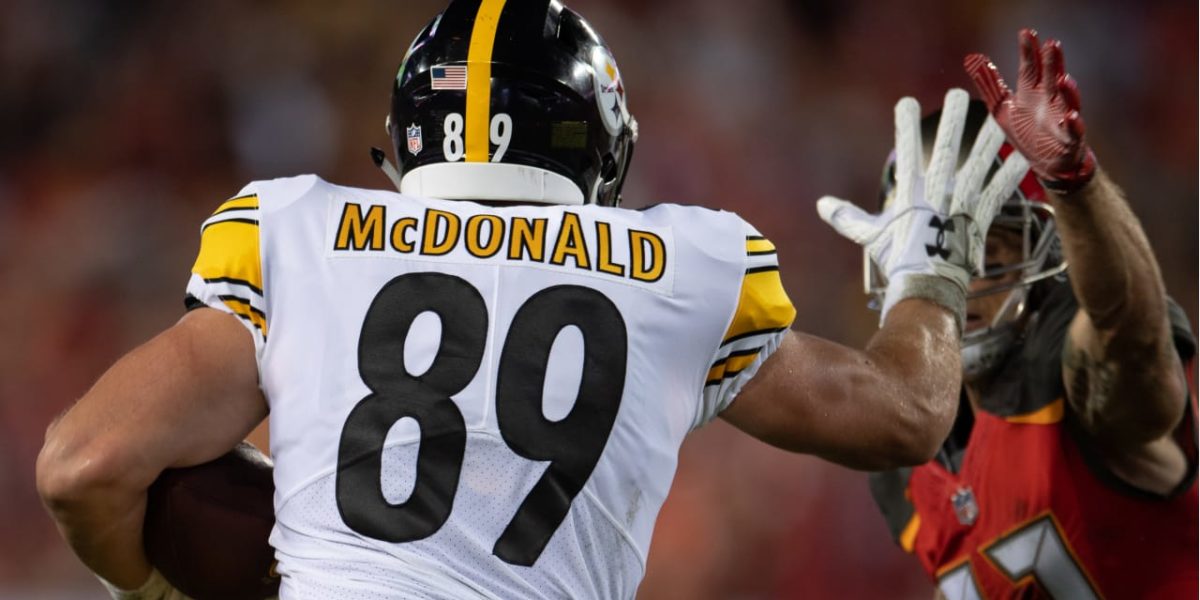 This was one of the more lopsided award races this year. This is because one player on the roster managed to not only overcome the injuries that plagued them in 2017, but also greatly improve their performance.

I’ll be honest, I was very nervous about Vance McDonald coming into the 2018 season. I was getting some scary Ladarius Green flashbacks – a talented player who couldn’t stay healthy. However, McDonald proved all the doubters wrong and had a very productive season in Pittsburgh.

He may not have always lit up the stat sheet, but he proved to be a monster in many facets of the game. He was a tenacious blocker, fairly reliable receiver, and was a beast after the catch. An underrated aspect of his game also is his ability to make contested catches, which helped the Steelers overcome their redzone woes from 2017. And of course, nobody can forgot his stiff arm from the Tampa Bay game.

McDonald deserves the comeback player of the year award because he came back from a timid, injury-filled 2017 season in a big way. He stayed healthy, playing in 15 games, while also proving he’s capable of overcoming the frequent drops that plagued him through his career. Sure he dropped a ball or two, but he throughout the year he was reliable while also pulling in multiple contested catches.

McDonald is the dynamic tight end they have wanted for awhile and I’m exciting to see him play in 2019.

4 responses to “2018 SCU Awards: Steelers Comeback Player of the Year”