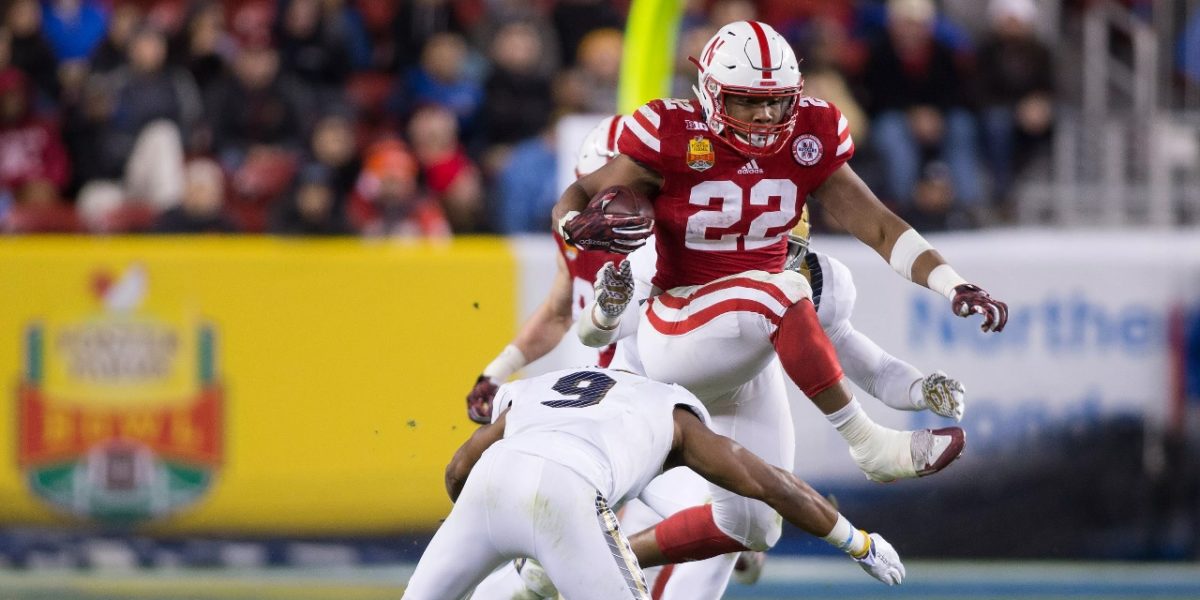 Steel City Underground Editor Christina Rivers sat down to speak with former University of Nebraska running back Devine Ozigbo in this exclusive interview.

A native Texan playing in the Midwest, there is one running back ready to break from the committee and make use of his shifty footwork to show everyone in the National Football League that he is more than just a ‘big back’ – Devine Ozigbo. Ozigbo, who spent time under both coaches Mike Riley and Scott Frost on a Cornhuskers squad under transition, is looking forward to a shot at the next level and feels avoiding shortcuts to greatness have prepared him to step into a bigger role on an NFL roster.

Riley and Frost ran very different offenses while coaching Nebraska. Riley preferred a pro-style where Frost focused more on the spread. When asked how he felt the diversity in the way he was utilized as a rusher and a receiver out of the offensive backfield prepared him for the NFL, Ozigbo said he felt he’d received the best of both types of offensive styles.

“The pro-style offense taught me a lot about how to read defenses and helped get me acquainted with how things may work in the NFL. I believe the NFL is shifting towards the spread style now… I learned about zone reads and to catch the ball out of the backfield more frequently… I think I would perform well in a spread option type of offense.”

Ozigbo doesn’t feel that a specific scheme is the only one he can play in at the pro level, however.

“I don’t think there’s a scheme I couldn’t be successful in… I bring a lot of the skill sets that a smaller back has to a bigger frame and I feel like I can use those to my advantage.”

After spending his first three collegiate seasons in a running back committee, Ozigbo broke out in 2018 by rushing for 1,082 yards (7.0 yards per carry) and 12 touchdowns; grabbing 23 catches out of the backfield for 203 yards. In the final four-of-seven games for Nebraska, Ozigbo had at least 100 yards rushing. He became the first Nebraska rusher to pass the 1,000-yard mark since Ameer Abdullah (2014). Against Illinois, Ozigbo logged 162 yards on 11 carries for three touchdowns.

His invitation to the East-West Shrine Game in St. Petersburgh, Florida, was Ozigbo’s favorite pre-Draft process. He stated that the game gave him a feel for what it was like to play with – and against – players that were NFL-calibre.

Ozigbo was able to combine his unique size and athleticism to create opportunities on the field, but it wasn’t until his final season at Nebraska that he started to show a different level of patience, allowing blocks to develop in front of him. With great footwork, Ozigbo began showing defenses different looks and it allowed him to maximize each time he carried the ball. The game against Illinois was a perfect example, and I asked him if there was something that made a difference – was he at a point where he was more comfortable with his role or the offense in general?

“I definitely think it was a balance of both.  I figured out a tempo that’s comfortable for me… to be able to make all my cuts and vary the type of cut I made.”

Some analysts have compared Ozigbo’s size and running style to Arian Foster. I asked if he agreed with that comparison, especially since he had compared himself to Foster in an interview following his Pro Day. He said he agreed, in part, because Foster has a similar body style to his own, but reinforced the idea that he does not want to be seen as just a ‘big back’.

“I think I’m a good ball player and I want to go out there and show it.”

When I asked him about his style of play, I asked what skill he felt was his “signature”. A regional scout in attendance at Ozigbo’s outstanding Pro Day on March 7th, in the middle of a late snowstorm, told me he described the young running back as “shifty” in his footwork, making Ozigbo a guy to watch. And what did Ozigbo say of himself?

“I’d have to say deceptive.”

Ozigbo likes to lull linebackers into believing they have him figured out and then change things up. In fact, he wants to keep opposing defenses guessing and completely caught off-guard. He showed flashes of that ability in several games in Nebraska red and doesn’t look like he’ll alter that skill in the NFL.

As for being a back that can contribute in the passing game, Ozigbo said he thought he could bring the following to an NFL team.

“I love learning the schematic part of the blocking scheme. Like, I think it’s a game within football… I just like that puzzle. I love catching the ball… running routes and catching the ball [is something] I think I could bring to my game.”

Ozigbo said that he felt the training at XPE Sports in Florida translated well to his Pro Day performance because it helped him focus on specific drills. He said it was like training as a track athlete. In fact, he said he was told that a lot of the basic skills were like the underwear you put on beneath your regular uniform; basics before the flash. He described his training at XPE as one of “phases”. His Pro Day was about putting all four phases together.

His 37-inch mark in the vertical jump tied that of Alabama’s Damien Harris for 4th among all Draft prospects at the running back position, even though Harris did his at the Pro Scouting Combine and Ozigbo was overlooked on the invitations (which was a major oversight, in my opinion). When I asked if he was aware that he’d done so well, Ozigbo admitted,

In fact, despite logging that mark as well as running a 4.5-range 40-yard dash time, doing 19 reps on the bench press, and logging a 10-feet, 4-inch broad jump (ranked 6th among all prospects entering the upcoming draft at running back), Ozigbo felt he did well, but could have done better – especially in how he ran the 40. He felt his heels click on his first go and felt he was better on his second attempt.

Ozigbo isn’t focused on his lack of invite to the Pro Scouting Combine, has put a Pro Day that impressed teams that were in attendance behind him, and is looking forward. When I asked what kind of person and player an NFL team that selects him and/or places him on a roster is getting, Ozigbo said,

“I feel like they’re adding a quality asset to their football team. I try to live my life to be the best person I can be…”

He added that he felt that his upbringing and influence of his parents played a major part in that.

“I’m a sociable person. I want to be a guy that others want to be around and be a positive influence in the locker room and on the football field. I have a positive attitude and when it comes to my team, I want everybody to get better and be successful.”

As a final question, I threw in one that I thought might catch Ozigbo off-guard, but he handled it perfectly. I had read that he had talked to his brother, D.J., about being blessed to have a shot at the next level. My question, then, was this: Let’s say D.J. was at Devine’s first NFL game, and so were their parents. Who would Devine give his first touchdown ball to, and why?

“My mom, because she birthed me.”

Ozigbo is a humble man, a gifted athlete, and a guy that some teams may overlook because he wasn’t the bell cow in an offense that set national records or stood out as they transitioned from coaching staff to coaching staff. He is, however, the type of player any NFL team would want on the field and in the locker room, getting better every single day and being a positive influence on his teammates. By all accounts, his Nebraska teammates saw him as positive and motivational. He’s not just going to be the guy who hits the gaps and runs north-south, or comes in on third-down situations, however. He may have a large frame, but he’s ready to show that his footwork and hands can be a difference-maker on an NFL squad.