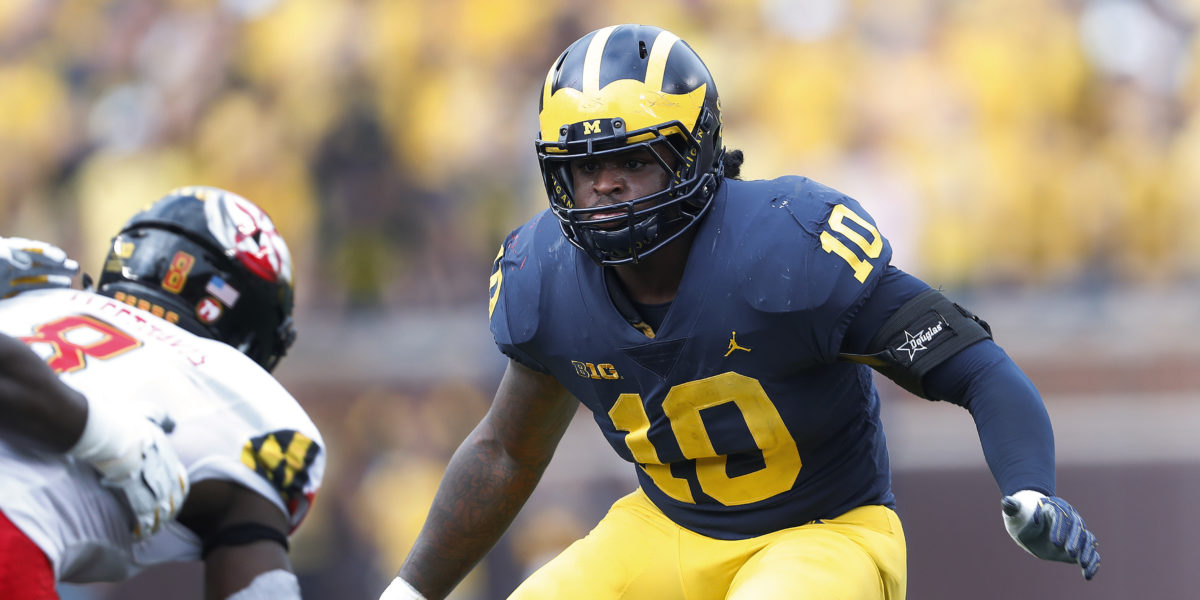 Fans watching the 2019 NFL Draft were surprised to see the Pittsburgh Steelers be the first team of the night to successfully navigate a trade up or down; they traded up to grab the no. 10 overall pick and selected linebacker Devin Bush.

Bush, a four-star recruit and two-time All-Florida prep signed to Michigan under head coach Jim Harbaugh. After stepping into the starting lineup at linebacker in 2017, Bush logged 102 tackles (9.5 for a loss), five sacks, and an interception and was later named a finalist for the Butkus Award. Bush was the Big Ten’s Defensive Player of the Year in 2018 and led the Wolverines with five sacks, six pass breakups, 80 tackles (9.5 for a loss).

After losing beloved linebacker Ryan Shazier to injury, the Steelers have been in need of a three-down backer with the speed and athleticism to cover sideline to sideline. Despite being just 5’11”, 234 pounds, at the Pro Scouting Combine, Bush plays ‘big’. With the ability to play inside and outside, it should be interesting to see just where the Steelers line him up when training camp kicks off later this year. And a skill that the Steelers obviously coveted in Bush was his ability to play in coverage and stop the run at an NFL-level tempo. All of this said, Bush should be a contributor on defense from day one.

While fans probably don’t need to be told this, everybody should be excited for Bush to be in Pittsburgh. Beyond simply needing an inside linebacker in the draft, the Steelers were in desperate need of a playmaker. While the defense in 2018 had its moment, it severely lacked in splash players. Drafting Bush changes this.

While it isn’t fair to compare Bush to Shazier, what you can say is that he’ll bring a similar presence. Speed, splash, and the ability to change a game at any time.

Looking at the value of the trade, it’s probably the best case scenario for the Steelers. They traded their second-round pick, but their first third (no. 66) is essentially a late second. And while they traded a 2020 third, they will be receiving a third round compensatory pick for Le’Veon Bell. It’s very unlikely the Steelers would’ve drafted a player this weekend that will have more of an impact than Bush will.

All things considered, this is a near-perfect pick for the Steelers. They get a playmaker on defense, fill a need at inside linebacker, steal a player from the Cincinnati Bengals, and they did it all at a very fair price.

Steeler fans around the world can go to bed tonight with a smile on their face.