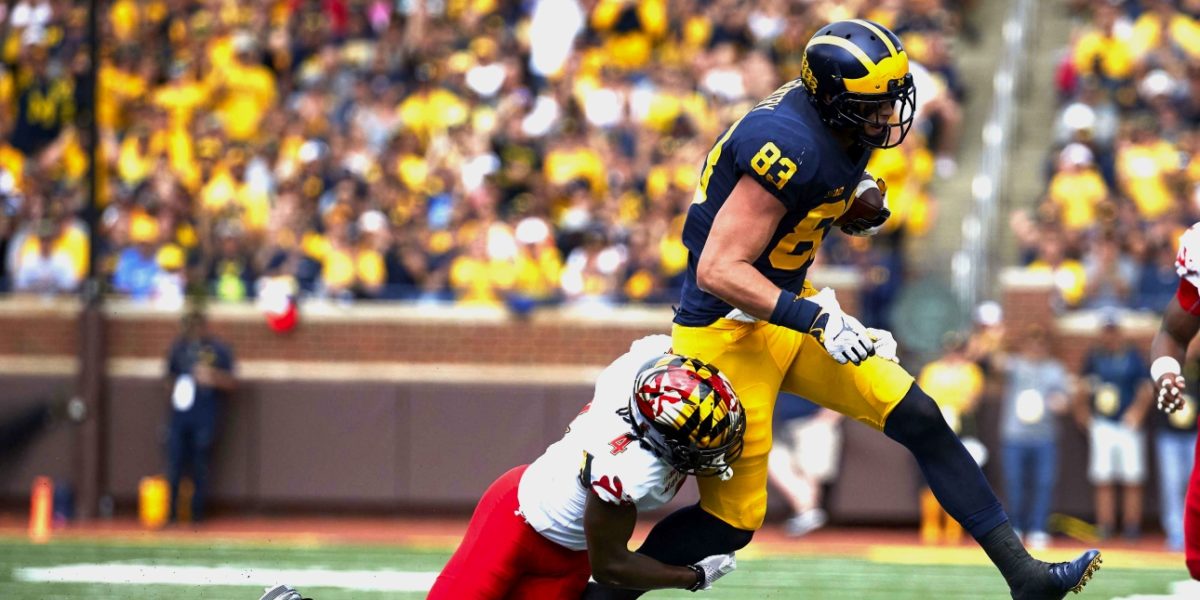 After Jesse James moved on to the Detroit Lions and Bucky Hodges was cut just ahead of the first round of the 2019 NFL Draft, it was almost a given that the Pittsburgh Steelers would select a tight end. They didn’t reach for one of the big names, but still found a big tight end in Zach Gentry that should prove to be a nice target for veteran quarterback Ben Roethlisberger.

Gentry, out of Michigan, measured at six-foot-8, 265 pounds at the NFL Scouting Combine. His wingspan matched his height with 33-inch arms. The converted high school quarterback thrived in his new role by catching 49 passes for over 800 yards in just two seasons as a Wolverine tight end. Despite having played the position for a short time, Gentry’s route-running was excellent and with great hands to match good catching skills, he should provide versatility on a Steelers squad that likes to mix their personnel packages in the receiving game.

Steelers fans should be excited by the fact that Gentry is the type of player that has the ability to turn upfield and make defenders miss in open space. It’s hard not to think of Vance McDonald‘s stiff-arm of Chris Conte and not visualize Gentry grabbing yards after-the-catch in a similar way. Gentry has natural toughness that hasn’t needed to be coached.

The #Steelers add massive size to their TE room with Zach Gentry. At 6'8" 265 lbs., Gentry does his best work playing down the seam vertically, stacking linebackers and safeties in the middle of the field. Needs to add strength to match his size, but he's a nice prospect.

Gentry’s football IQ should also make an excellent addition to the Steelers roster that is not deep at the tight end position. Converting from quarterback helped Gentry in understanding route trees and visualizing the field and spots where defenders would be. He demonstrated these skills at Michigan and isn’t afraid to take a pass over the middle, in the seam, or along the sideline. With great length, Gentry has a wide catch radius and is willing to battle for contested catches – often coming down with the ball over defenders.

Roethlisberger to Gentry looks to be a nice option in the 2019 Steelers offense. Just thinking about the potential, especially in the red zone, should give fans butterflies in anticipation of the upside of this fifth-round selection.