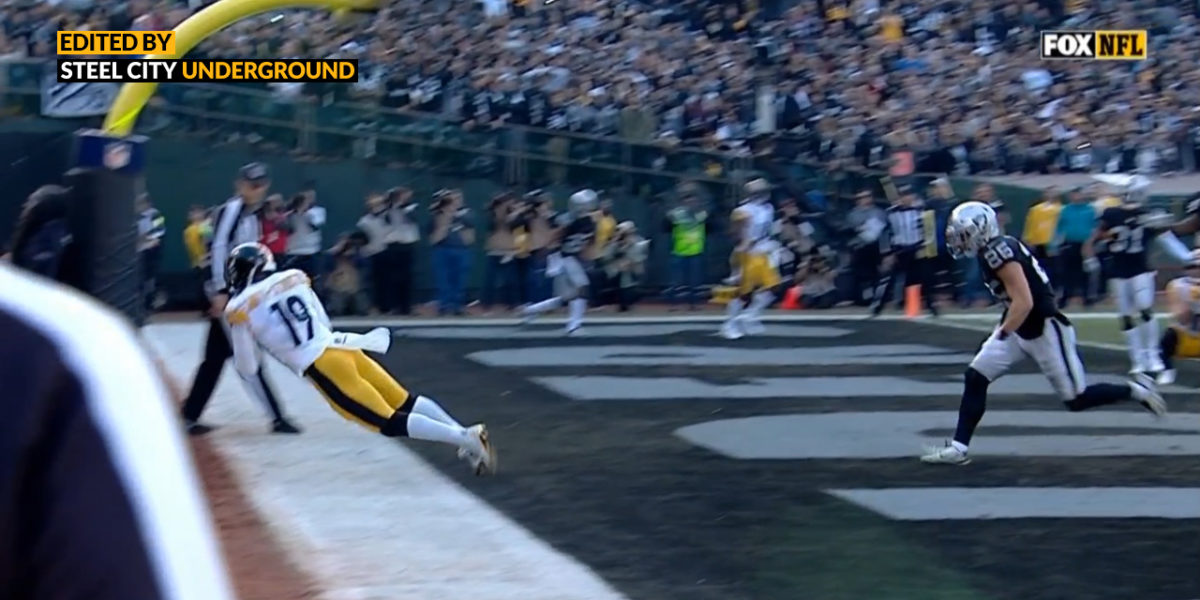 A pair of gut-wrenching losses followed the Steelers to the West Coast where they faced the 2-10 Oakland Raiders. In a must-win situation to keep their playoff lives on track, no one thought that an explosive team such as the Steelers would have any issue taking care of the Raiders. However, the Pittsburgh Steelers offense appeared to be stalling once again as they were down 10-7 with 2:57 remaining in the first half.

Ben Roethlisberger led his unit down the field, knocking on the doorstep of scoring points, as the clock ticked down past half of a minute remaining in the second quarter.

After a surefire Ryan Switzer touchdown came up short because of his shoes (he slipped on the awful Oakland turf), Big Ben would target his new favorite target, JuJu Smith-Schuster, nearly firing the ball nearly of his head.

However, the second-year receiver leapt into the air, arm outstretched like a basketball player, and tips the ball down into his arms while also, somehow getting both of his feet down in-bounds for a play that had to be overturned by replay to be ruled a touchdown… because even the officials couldn’t believe it!

Unfortunately the Steelers would still fall to the Raiders in this game by a final score of 21-24.