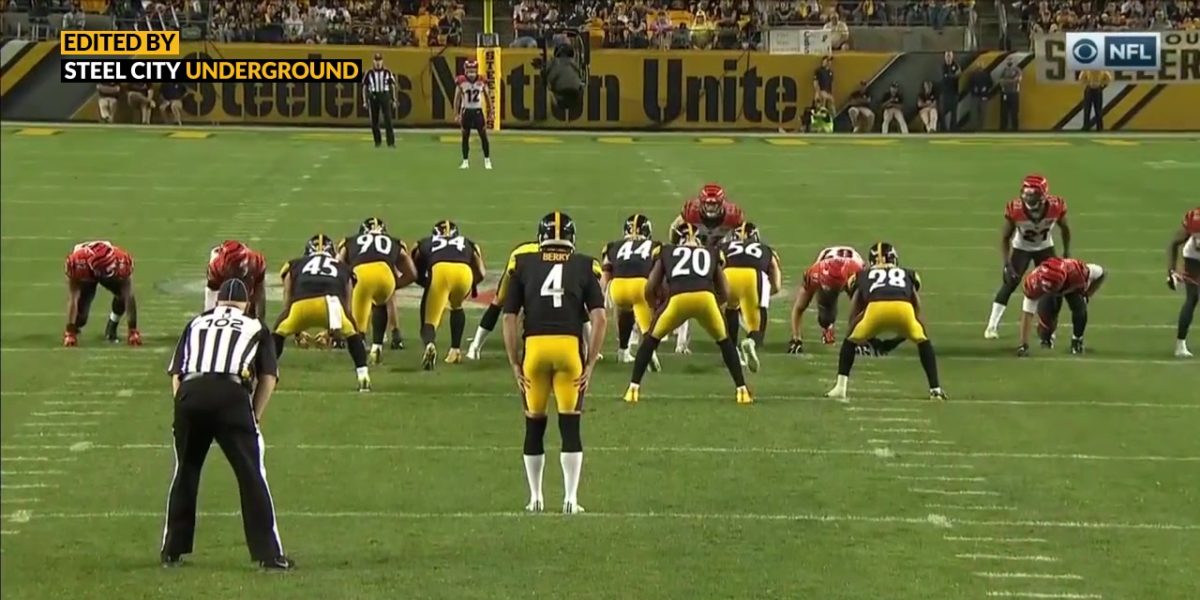 Ah, nothing like a timeless classic shaming of the Cincinnati Bengals…

A thorn in the Steelers side for many seasons, Pittsburgh’s AFC North rival remained within striking distance deep into the fourth quarter of their 2017 Week 7 clash. As has become the norm, Chris Boswell is the star of these encounters. The “Wizard of Boz” kicked four straight field goals through three quarters, giving the Steelers a 26-14 advantage, yet, the Steelers couldn’t put up any more points to put the game out of reach.

Following those four field goals, all of which the Steelers offense had mixed success moving the ball, the team turned the ball over on downs and was then forced to punt. It was still a battle of field position when Steelers punter Jordan Berry took the field on 4th-and-7 with 6:53, anticipating to kick the ball back to the Bengals.

However, his team had other plans.

Lined up on their own 40-yard line, Steelers special teams captain Robert Golden called for a direct snap, lobbing a throw which looked more like a basketball pass (or alley-oop) than a football one, to a wide-open Darrius Heyward-Bey down the sidelines.

The play gained 44 yards as the Steelers ran the ball three consecutive times to chew some clock before Chris Boswell kicked his fifth field goal of the afternoon to give the Steelers what would be a final, 29-14 victory over Cincinnati.