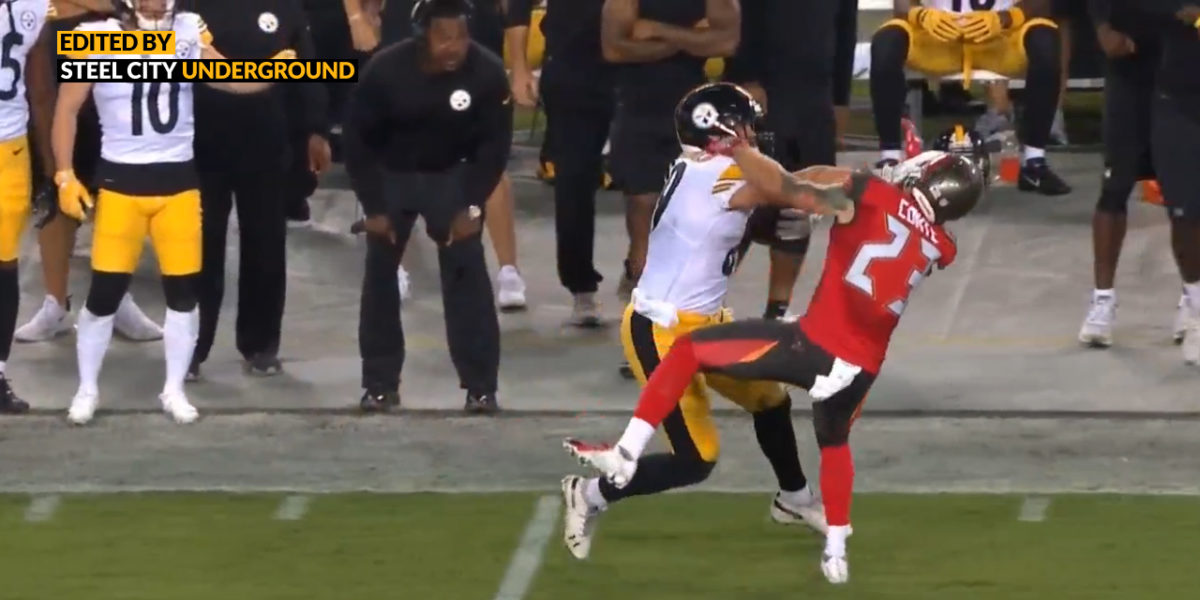 When the Pittsburgh Steelers went to Tampa Bay during Week 3 of the 2018 season, fans were holding their breath that the boys in Black and Gold would walk out victorious.

It had been a long couple of weeks for Steelers Nation: first a tie against the previously winless Browns opened the season, then they were shocked by a high-powered Kansas City Chiefs offense in their home opener during Week 2.

While Pittsburgh held on for the win in this road trip to Southern Florida, this play was one that set the tempo for what would turn out to be a fight until the final seconds on the game clock.

Tight end Vance McDonald returned to the lineup after being sidelined due to injury. He would make a nice play during the Steelers’ second offensive possession for 14 yards, but it was a preview of what was to come.

Tampa Bay utilized their own tight ends to attack the Steelers, so Ben Roethlisberger went through his own progressions to get a wide-open McDonald involved during the next series.

After catching the ball along the left sideline in a nice, clear patch of turf, McDonald proceeded to double stiff-arm Chris Conte and force the defender to the ground. He then out-ran the remaining Tampa Bay defense straight into the end zone for a 75-yard catch-and-run and one of the most talked-about plays on Twitter during the entire Monday Night Football game; a play that made highlight reels for weeks to come and won’t easily be forgotten by Steelers Nation in the years to come!