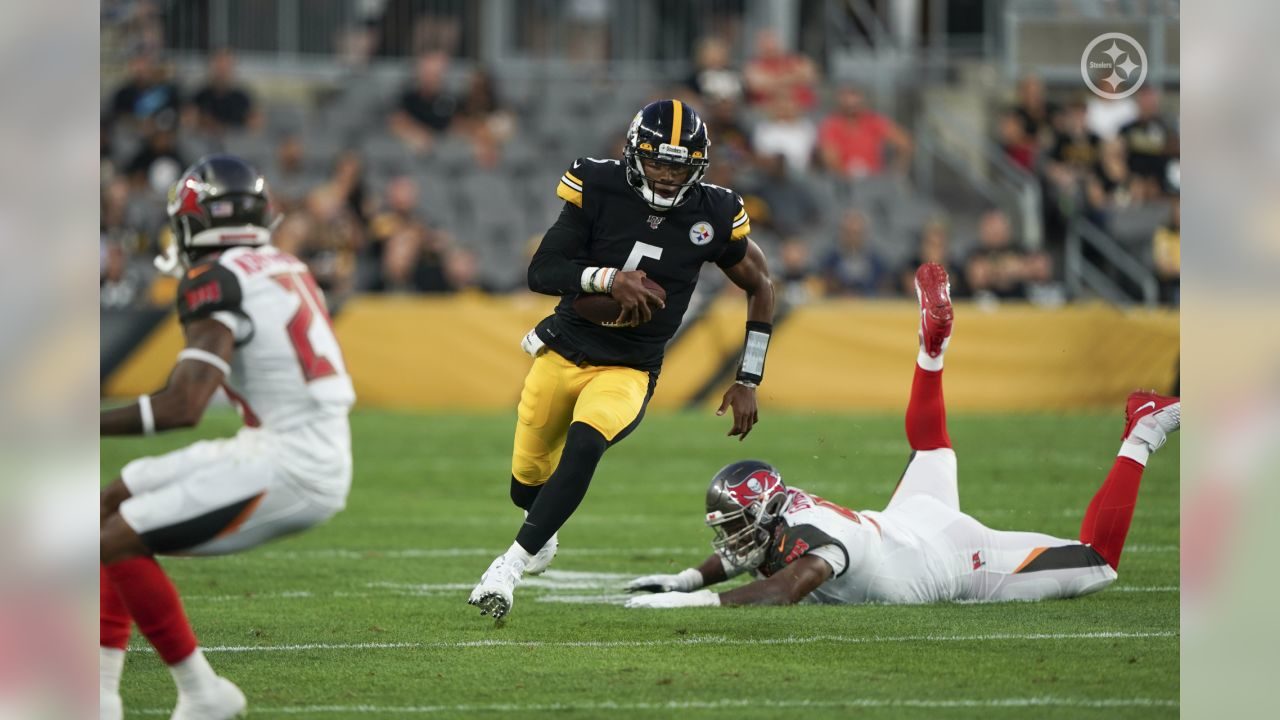 5 Steelers to watch against the Kansas City Chiefs

The Pittsburgh Steelers head into their second preseason game this Saturday against the Kansas City Chiefs. It was tough for me to pick only five Steelers to watch in this game, but here are my best bets on those athletes Steelers Nation should keep an eye on in this exhibition game.

Dobbs wasn’t necessarily bad in last week’s game against the Buccaneers, but he also didn’t shine as brightly as his colleagues Mason Rudolph and Devlin Hodges.

Dobbs went without a touchdown and appeared to want to takeoff on his feet more than the others. His hesitation saw him get sacked twice, and a would-be interception thrown was nullified due to offsetting penalties, saving face for 2018’s backup quarterback.

After showing great leadership and the ability to drive for scores last preseason, Dobbs hopes to lead similar drives in this second week of the preseason. One of his two drives last week was a 14-play, 73-yard possession which ended in a field goal.

This week Dobbs will need a stronger showing to stave off Rudolph, and perhaps even Hodges, as threats to his backup spot behind Ben Roethlisberger.

Rudolph looked poised and proficient last week, ending up with nearly the same stats as Dobbs with five completions on eight attempts.

The difference: two touchdown passes, which nudged Rudolph’s QB rating to a 141.1.

Rudolph also looked sharp in the pocket, not getting sacked and not needing any flags to take mistakes away.

Last week Dobbs received the start but was replaced by Rudolph after only two series: Rudolph would play in four total.

This week the starter should still be Dobbs, but another strong showing by Rudolph could see some real conversation as to whether or not the backup job behind Big Ben becomes available to him.

Snell had a stinky showing in his Steelers debut. The bruising back could only muster 26 yards with a 2.0 average per carry.

Those numbers aren’t indicative of what Snell has shown in training camp. My bet is that he rebounds nicely on Saturday evening, running with purpose and something to prove.

Johnson was unable to participate in the first game due to injury.

Now the third-round pick will finally see playing time, and everyone should be excited to see what this young man can do.

His debut is one to keep an eye on.

Another player who didn’t appear last week due to injury, Burns would’ve definitely been on the field with the absence of Joe Haden and Steven Nelson.

I expect Burns to start this week, and show us what he has: it’s a make or break preseason for this young man. Look for the fire he had in camp on both defense and special teams.

If that’s the Artie we see, there’s no doubt he is a valuable depth player for the Steelers 2019 plans. Otherwise, it could be the last we see of him in a black and gold uniform.