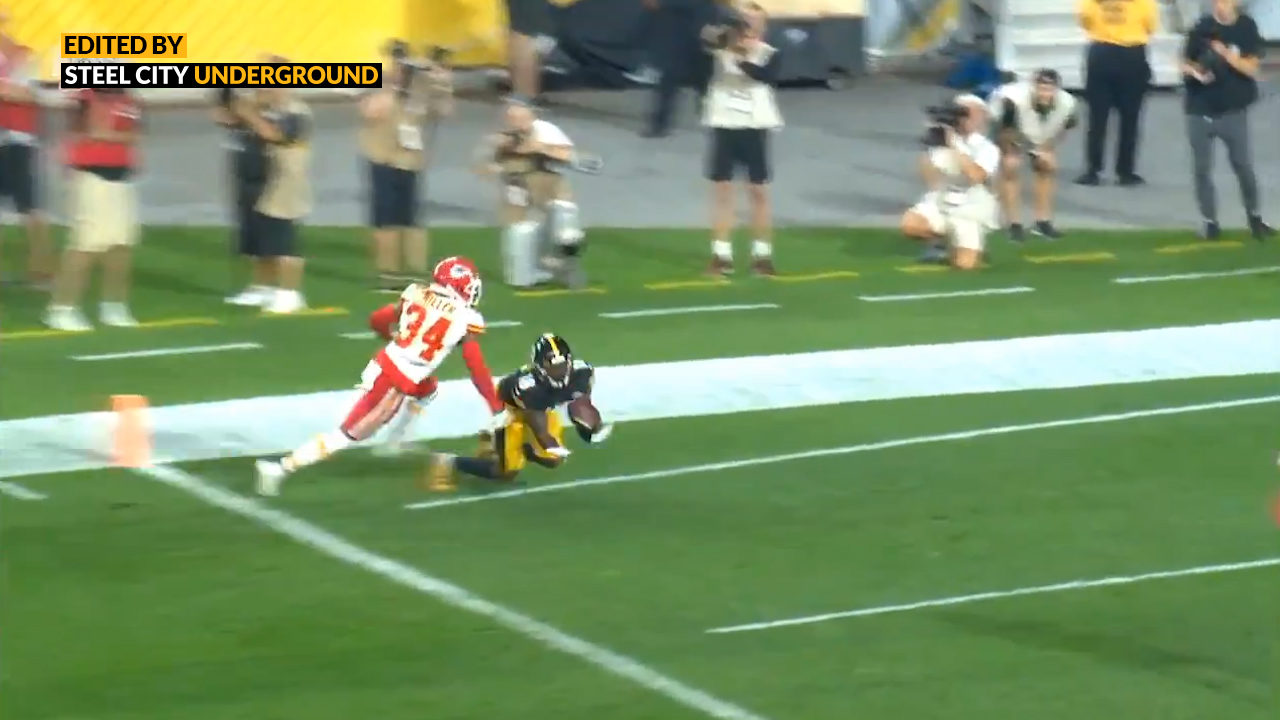 Watch: Diontae Johnson’s circus touchdown catch (or was it?)

Steel City Underground will pick a play of the game from each side of the ball each week of the Steelers 2019 season. Stay tuned as we hand select the very best from the black and gold!

Steelers fans were highly anticipating the debut of the latest edition to their high-powered pass offense when rookie Diontae Johnson took the field in Saturday evening’s preseason contest between Pittsburgh and the Kansas City Chiefs.

Earlier in the game Johnson had already wowed fans with dazzling plays, including a ticky-tack offensive pass interference call which negated what should’ve been the receiver’s first NFL touchdown this preseason.

With the zebras canceling out the call, Johnson would have to wait until fourth quarter to find pay dirt.

With a little less than five minutes remaining in the game, Steelers QB Devlin Hodges setup the offense on 3rd-and-5 from the Kansas City 24-yard line.

Stepping back to pass, Hodges would float a pass perfectly to Johnson, who tracked the ball, got a bump from the defensive back covering him, and still dove with the ball falling into his arms.

The play actually looked like the ball may have hit the ground after Johnson caught it, and with the Jesse James “catch” referees working this same preseason matchup, most thought the play would be reversed (or error in the Chiefs favor such as Johnson’s “first touchdown”).

However, referee Tony Corrente came out of the booth, almost with a grin on his face as he announced the play stood as called on the field: a touchdown.

The Steelers would go on to win the game with a final score of 17-7.