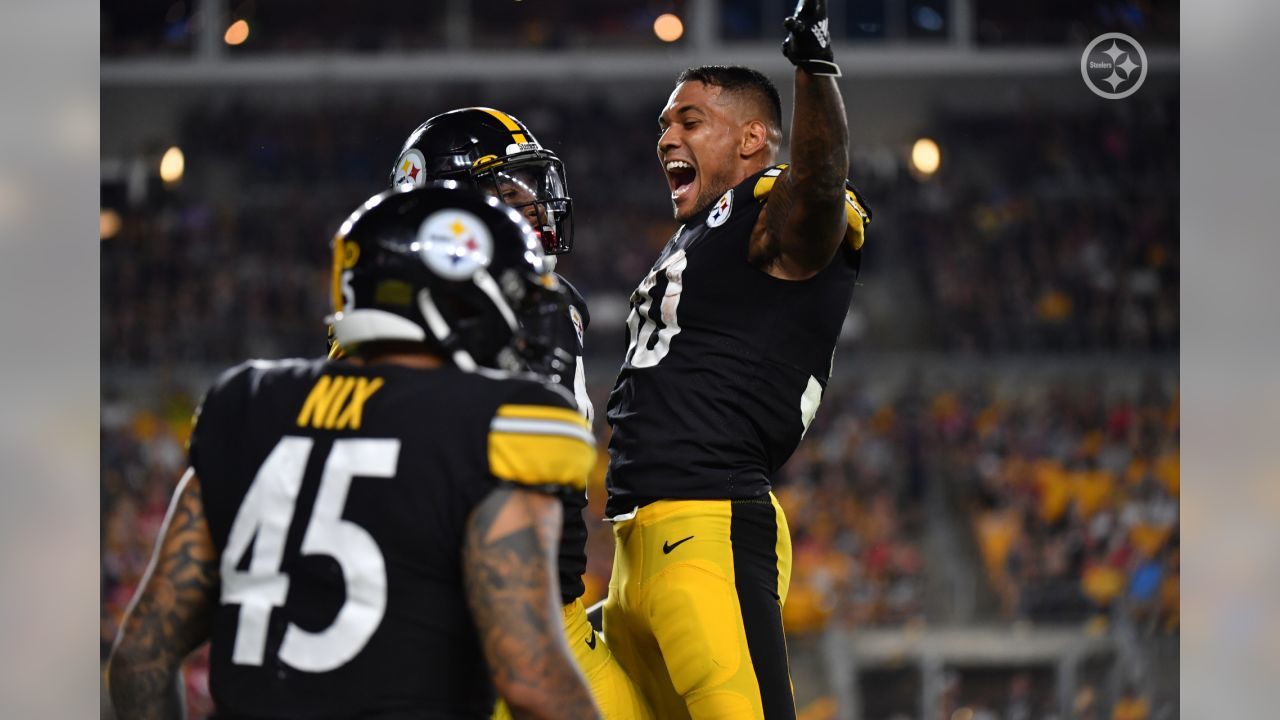 For a franchise that has made the postseason in four of the last five years, winning their division outright in three of those seasons, the Pittsburgh Steelers aren’t being talked about as favorites in the AFC or even in their division. The media has fallen in love with the Cleveland Browns, expecting them to go 16-0 or something ridiculous upon adding a few flashy names this offseason.

One of those names was a complete non-factor in 2018. Le’Veon Bell sat out the entire season over a dispute with his contract and being franchise tagged. During that period the Steelers saw what they had with James Conner and know that they could survive life without Bell.

But for some odd reason the analysts still point to Bell’s no-show as one of the reasons the Steelers weren’t successful in 2018 and may not be in 2019: which is very short-sighted.

Then there’s the Antonio Brown saga, which is still playing itself out in Oakland. The Steelers moved on from Brown, trading him to the Raiders this offseason, leaving many critics to point out the talent the team lost, rather than the gains they may have made without the off-field distractions. (Not to mention he may not even play!)

With both “headaches” out of the way the Steelers reloaded in the offseason via free agency and the NFL Draft. They’re not entirely down out, largely due to the presence of Ben Roethlisberger as the franchise’s quarterback. A mostly All-Pro offensive line returns, along with first-year Pro Bowl selections in Conner and WR JuJu Smith-Schuster. Other changes appear to have shored up any depth concerns, as well as the character of the locker room which now appears as cohesive as ever.

Beyond that, however, the Steelers should in fact be optimistic going into 2019, because Vegas hasn’t given up on them. The best sportsbooks offering NFL football wagering still have the Black & Gold looking like a viable threat: whether it’s to win the AFC North, compete for a Super Bowl, or just sneak into postseason play.

Something I put little stock into prior, but should pay more attention to, at least when it comes to picking favorites: strength of schedule.

Usually the NFL is full of parity, with plenty of non-playoff teams turning things around the next season and vice versa. As a bit of an example, the Steelers were a heavy favorite entering 2018 and then fell apart: any series of things, such as turnovers or missed field goals, may have changed their fortunes around.

Instead, they are being unfairly criticized and largely forgotten: which makes them even more dangerous as an underdog.

We’ve all made some educated guesses on which games are wins and losses when running our fingers down the schedule. I believe the Steelers will in fact turn their 2019 season into a championship one, based on talent, team, and also who they play.

By the numbers, Pittsburgh has the 19th “hardest” schedule going into 2019, with their opponents going a collective 126-128-2 in 2018. While they open on the road against the Super Bowl Champion Patriots, the Steelers also beat New England last year in a game many thought they wouldn’t have a chance to win.

The schedule is then filled with some other playoff teams such as the Seahawks, Chargers, Colts and of course, the other Super Bowl participant, the LA Rams. Yet, it is filled with a rebuilding Baltimore Ravens team (who won the AFC North by virtue of the Steelers collapse last season) as well as getting the same benefit as the Patriots do each season against the lowly AFC East teams such as the Bills, Jets, and Dolphins. (I defy you to name a single Dolphins player on each side of the ball!)

The reality for the Steelers is two-fold, though. They’re a lot better than anyone seems to give them credit for, and their division isn’t nearly as dangerous as everyone wants it to be.

They media has already crowned the Cleveland Browns Super Bowl champions despite the history of Heisman-winning quarterbacks hardly panning out in the NFL… and their division has not one, but two of the award’s recent winners in Baker Mayfield and Lamar Jackson.

Mayfield has the talent around him, but an unproven offensive line and a defense that wasn’t as good as everyone made it out to be under Gregg Williams as their defensive coordinator. With only one victory against a team with a winning record in 2018, adding one big-name wide receiver has everyone putting them over the top without questioning what happens if Mayfield doesn’t improve. For example: in only 13 games he threw the third-most picks in the league.

Did I mention that the Ravens lost half of their starters on both sides of the ball and are relying on Lamar Jackson to complete passes? They’re clearing shuffling the deck and at best a wild card in this conversation until some games are played.

Then there’s the Bengals, who have most of the same cast with a new head coach and new coordinators (once again). They lost a couple of their offensive linemen in the offseason, highlighting the issues that plagued their team in 2018. (Not to mention Andy Dalton shines the least brightest in primetime: the Steelers first face the Bengals on Monday Night Football at the end of September.)

Aside from the AFC North and AFC East, the Steelers draw the NFC West as competition too. The Rams made the Super Bowl, but must travel to Pittsburgh for their content. The 49ers are all over the map with an inconsistent return of Jimmy Garoppolo causing concern for their season, while the Cardinals are back in rebuild mode and the Seahawks travel east to play at 1pm early on.

That makes for a winnable slate, but the second-place teams in the other divisions add to the difficulty of the schedule too. Ask any Steelers fan about last year’s Chargers loss and they’re likely to complain about officiating costing Pittsburgh the game. Now the rematch returns to Los Angeles, where Steelers Nation invaded down the road in San Diego several years ago, creating crowd noise that made everyone think it was an away game for the Chargers.

Then there’s the Indianapolis Colts, who have been absolutely pounded even at their best when traveling to Heinz Field.

It makes for an interesting take as the Steelers are overlooked across the board. The offense is still capable of putting up gobs of points while the defense added speed and security that may have the two-time sack leaders finally creating turnovers that could put them among the league’s best units.

That combination should have them in the conversation for not only a playoff berth, but potentially a first-round bye come December. Even if they fail to go 13-3 or 12-4, I can’t see any reason, based on their changes and their schedule, that their minimum expectation is to make the playoffs.