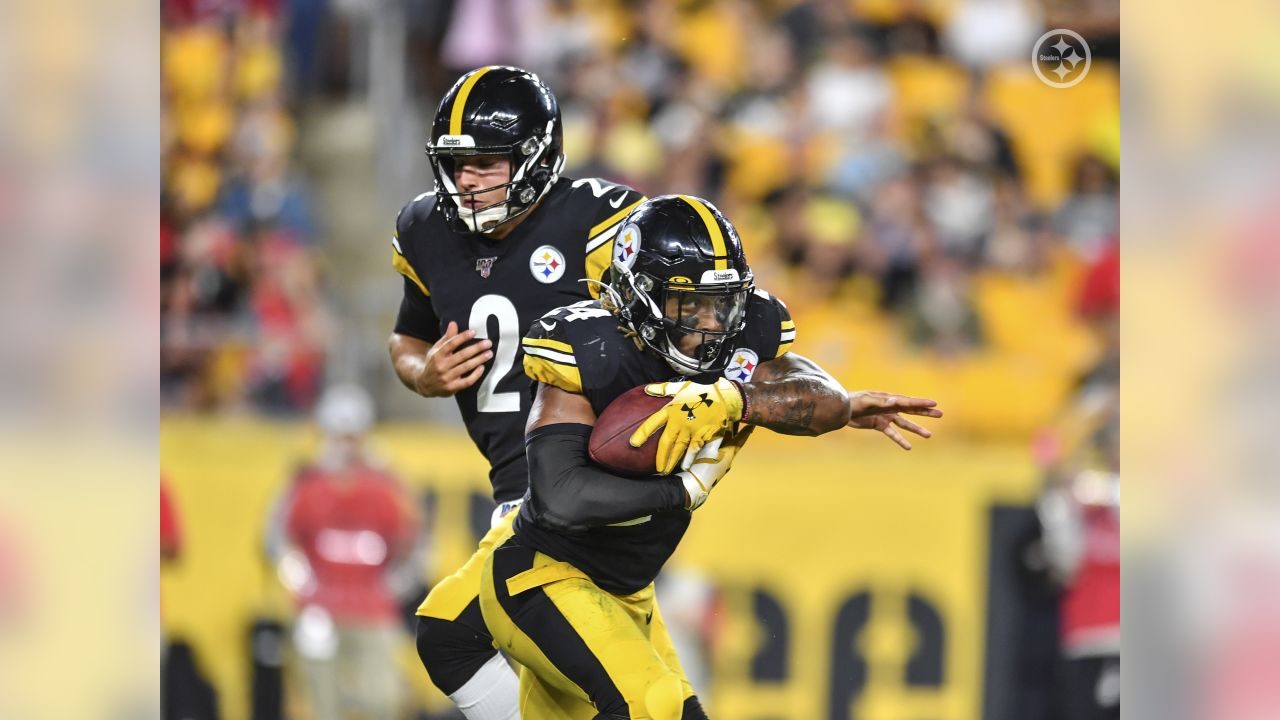 6 Steelers to watch against the Tennessee Titans

We’re back to “real” football with excitement over the Pittsburgh Steelers “dress rehearsal” this Sunday night against the Tennessee Titans.

If there are five players you want to be glued to your TV set to watch, then you’re in luck: I’ve hand selected them!

Here are the handful of Steelers the “Nation” should be mindful of this weekend.

After a shaky start that was really no fault of his own last weekend (dropped passes, fumbles) it will be interesting to see if Rudolph gets the nod over Josh Dobbs to come into the game first – that is, after Ben Roethlisberger makes the start and plays a few series.

A strong showing by Rudolph could tilt the backup quarterback job in his favor, but likewise, the team could go with the veteran in Dobbs first and test him against some of the Titans more seasoned players who will also be getting their dress rehearsal in as well.

Regardless of who comes in after Big Ben, it’s a storyline to watch this Sunday.

After a very strong showing by Dupree in Week 2, I think the question on everyone’s minds is if he can do it again.

With Ola Adeniyi likely sitting out again with an undisclosed injury, Dupree could play a significant portion of time Sunday. Let’s see how he backs up his comments of “finishing his sacks” from earlier this week, against the Titans.

I highly anticipate Snell getting some carries with the “first team” this Sunday, just so we can accurately gauge his production behind the full offensive line starters.

He may only see 2-3 snaps with that unit, barring a longer drive, but this could be just enough of a glimpse of “Benny Snell Football” that all of us have been waiting for in the preseason (and that was on display during training camp).

Speaking of players who looked electric during training camp, Moncrief had a streak of bad luck with a reported dislocated finger and sitting out until last week’s game – where he had a fumble on his only catch.

The veteran receiver looked incredible at the start of training camp, totally in-sync with Roethlisberger to where you felt like he was the puzzle piece that “just fits” right into the Steelers offense.

I’m hoping to see that on display again this Sunday. With Big Ben in the lineup, I imagine he’s going to target his new receiver early and often.

Sat out of last week’s game due to a precaution with a minor shoulder injury, are we going to see a repeat of Bush’s Week 1 tackle-rama, where he was all over the field and making plays?

A sequel would be nice to see, especially if it builds upon the Steelers defensive performance without Bush last week against the Chiefs.

We may get close to the full compliment of the Steelers defense if Bush, along with Vince Williams, sees action in Tennessee… although we may still be without Joe Haden, this is as close to the starting lineup we’re going to get and Bush is a huge part of it.

In my opinion, no one’s needle has pointed upward more from the start of camp through the preseason than Gilbert. Somewhat forgotten as a draft pick due to the team moving up to get Devin Bush, Gilbert has had a tremendous preseason where he has also racked up stats and proven to be a playmaker.

Part of his rise is due to extra opportunities with Bush and Williams sitting out – where will Gilbert be inserted into this game and how will he react? That’s something everyone should keep an eye on in this game as well. One more stellar performance, especially against more experienced opposing players, could mean we see some sort of movement on the linebacker depth chart.