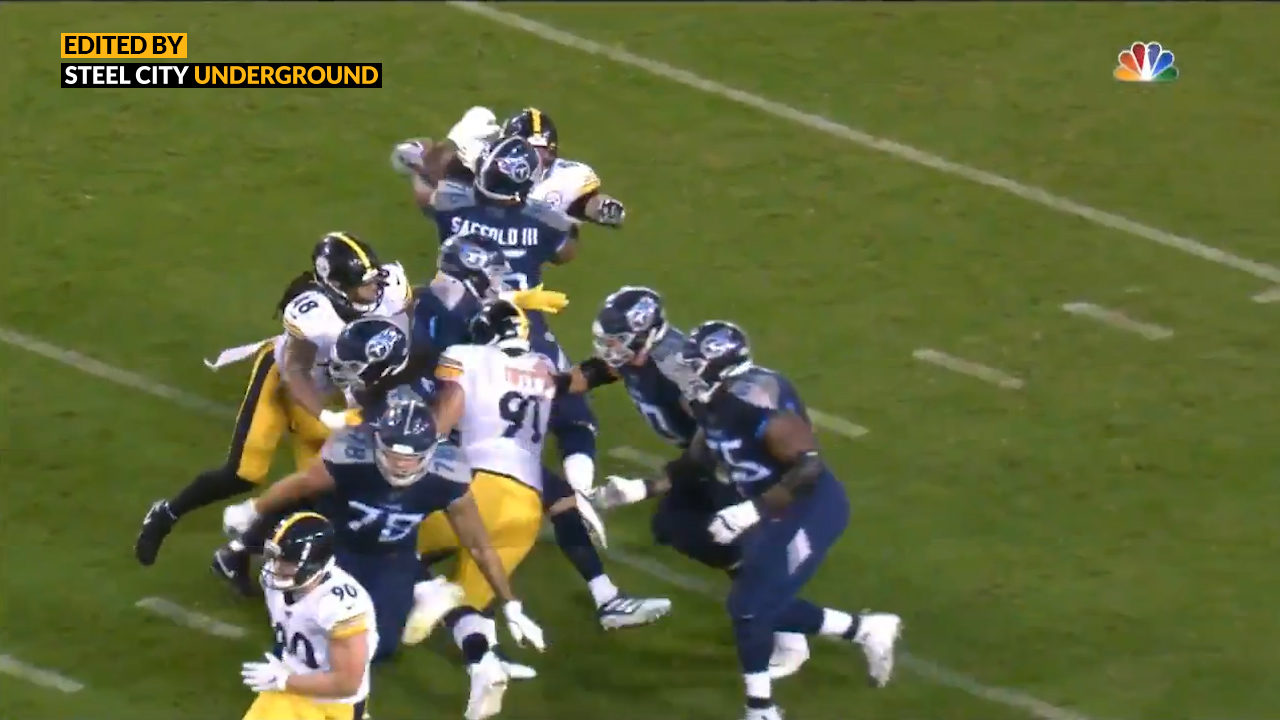 Watch: Stephon Tuitt gets his second sack of the game against the Titans

Steel City Underground will pick a play of the game from each side of the ball each week of the Steelers 2019 season. Stay tuned as we hand select the very best from the black and gold!

Largely regarded as a solid bookend in Pittsburgh but unnoticed elsewhere, Stephon Tuitt manhandled his competition Sunday evening against the Tennessee Titans.

First, Tuitt helped secure the game’s first points with a sack in the endzone of Titans QB Marcus Mariota, which resulted in a safety.

But the defensive end wasn’t through for the night just yet!

On a 3rd-and-8 with the Titans backed up in their own territory once again, Tuitt had a meeting of the minds with his teammates as they converged on their opponents’ backup passer, Ryan Tannehill.

Tuitt’s two sacks would help lead the Steelers to a preseason victory over the Titans by a final score of 18-6.