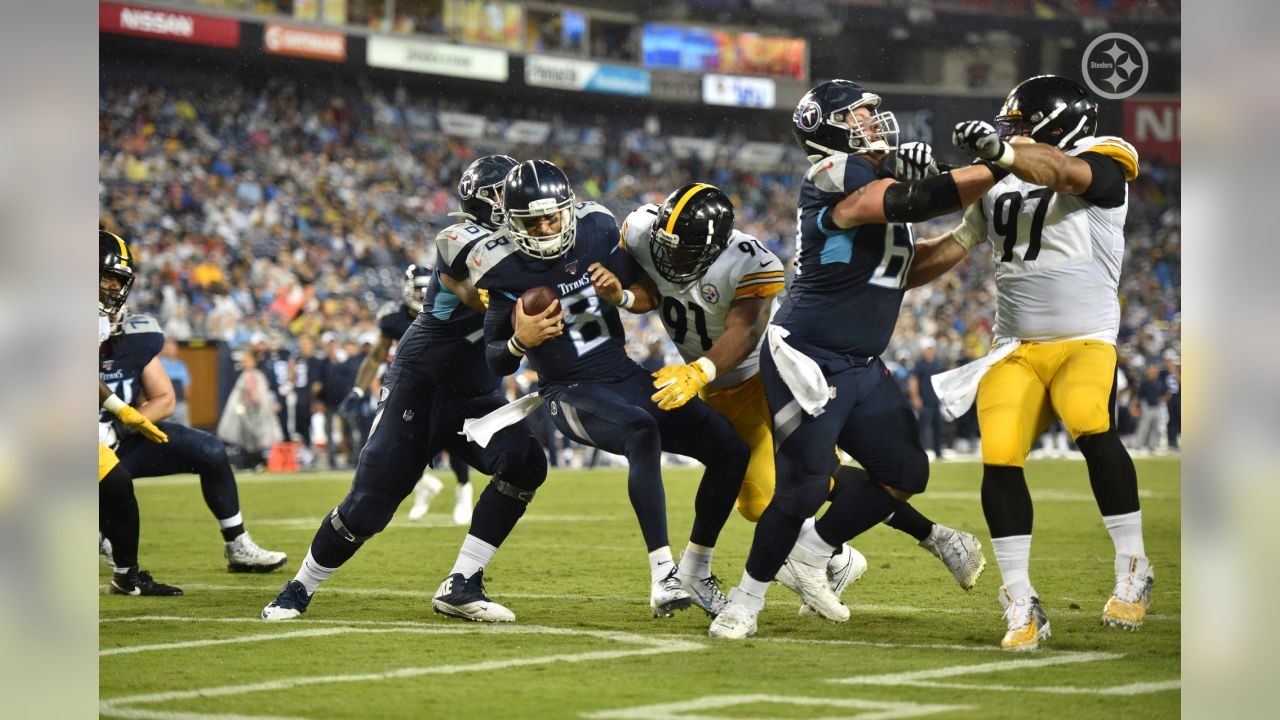 Steelers “Studs and Duds” from Week 3 against the Titans

The Pittsburgh Steelers put on a show in their third preseason game of the year against the Tennessee Titans. Here are the players I felt best stood out from that game and had their “stock rise” as we head into the final “do or die” game for many players on the current 91-man roster.

Ben looked incredibly sharp, rifling passes all over the field. There were a few drops in the wet weather, but he otherwise made the quarterback job look easy once again, finishing his night 8-of-13 for 63 yards and a touchdown.

His touchdown catch looked as easy as the pass Roethlisberger threw to him, but JuJu also picked up a crucial first down on the same drive by picking up some yards after the catch.

Smith-Schuster is on his way to having a huge year IMO.

I believe Berry won the punting job for 2019 Sunday night. One punt bobbled into the endzone for a touchback but could’ve been fielded if Artie Burns wasn’t blasted on a block. Another was downed at the Titans four and yet another sailed 41 yards to the 20. Yet another went 54.

His leg was boomin’. Berry averaged 50.0 per punt, in wet weather: the veteran stays another season in my opinion.

Two sacks and a safety all in the first quarter. Screw calling Tuitt a “stud”, he’s a Grown Ass Man!

Move over Ola, this outside linebacker has been making waves under the bright lights!

Skipper shot off the screen again this week with a strip-sack and is making an argument for at least a practice squad spot, if not more – the rest will likely depend on injuries/availability of others he is competing with on the roster.

Stellar game by the free agent who likely went unnoticed in this game due to NBC’s “Sky Cam” coverage.

Nelson covered his man like a glove and had a very nice pass deflection in the second quarter.

The real losers on the evening were the fans. Honestly, if we wanted the equivalent of watching from the nosebleed seats, we all could’ve gotten tickets in Nashville for a preseason game for next to free. Shameful.

We haven’t given up on this yet: but how do you miss Trey Griffey getting his foot down, and then his other foot down, essentially doubling-down on a catch and then rule it incomplete?

Or how about calling a penalty on the Steelers #59, when they have no one wearing said uniform number?

The refs also missed a turnover by calling a Titan down and the Steelers opted not to challenge, likely due to it being an exhibition game. However, the refs better clean this stuff up and quick.

Okay, I hate putting Dobbs here again but his night wasn’t terrific by any means. He failed to lead any scoring drives and ended up with a 36.1 quarterback rating, partially due to a tipped pass that really wasn’t his fault. However, his grasp on the backup job is slipping with each game, as Dobbs has failed to show us the same pizzazz he had last preseason where he led six touchdown drives of 70+ yards.

I don’t think his roster spot is in jeopardy, but he may be inactive on game days if the team believes Rudolph is Big Ben’s heir apparent.