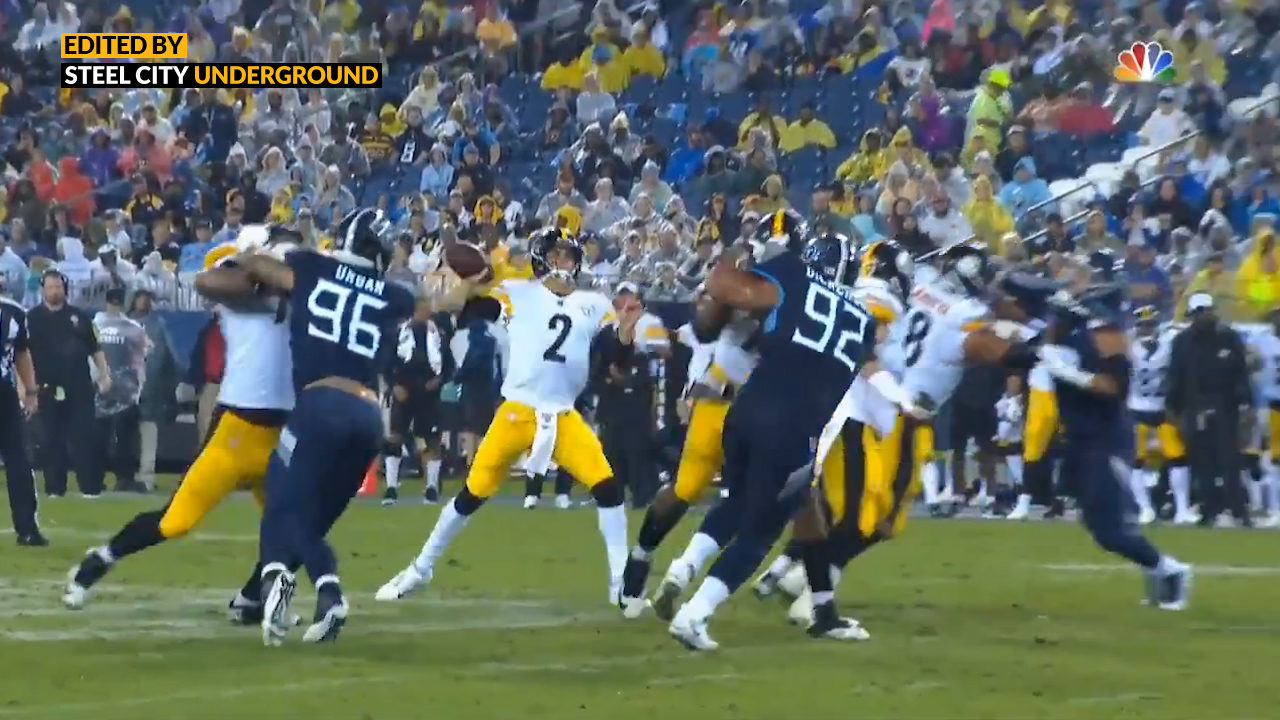 On Sunday night in the Music City, the Pittsburgh Steelers faced the Tennessee Titans in their third preseason game. A bit of a dress rehearsal for the upcoming 2019-20 NFL regular season, the first-team offense, led by Ben Roethlisberger, took the field and got their first offensive score of the evening on nine-play, 58-yard drive capped by a 17-yard pass to receiver JuJu Smith-Schuster.

The Steelers defense forced the Titans into a three-and-out on the next series thanks, in part, to Stephon Tuitt‘s sack on third down. The stout play of the defense allowed the offense back on the field, this time with Mason Rudolph in at quarterback.

Rudolph wasted little time getting into a rhythm, needing just two plays to increase the Steelers’ lead to 15-0.  Following a Jaylen Samuels run of 11 yards, Rudolph found James Washington deep down the middle for a 41-yard touchdown.

Washington continues to show improvement in his second season with the Steelers, as does Rudolph. The young quarterback finished his stint under center with six completions (nine attempts), for one touchdown and one interception. The pick came on a third-and-nine play at the Pittsburgh 41-yard line and Washington was again Rudolph’s target. Unfortunately, Amani Hooker jumped the route as Washington took a different route than Rudolph anticipated.

The Steelers entered halftime looking confident on both sides of the ball despite a few hiccups, winning the game, 18-3, and moving to 3-0 during the preseason.