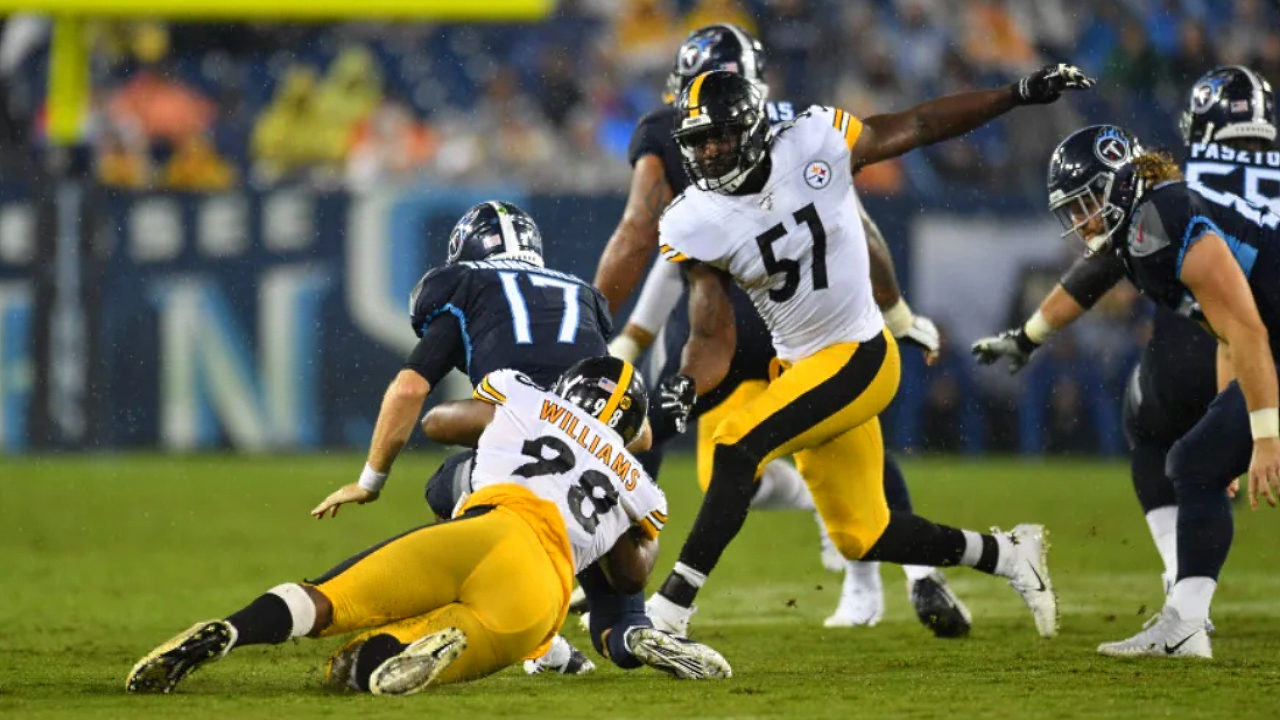 On May 12th of this year, Tuzar Skipper broke the news to Twitter that he had officially signed with the Pittsburgh Steelers. So, who is this relative unknown that has burst on to the scene? Let’s take a look.

Skipper, who is already 24 years old, had played his college ball as a defensive end at Toledo, where he arrived with high expectations. However, after a few redshirt years, just two games into the 2017 season he tore his ACL, effectively ending his senior year. By this point, he had totaled just 30 tackles, two for loss and one sack. This was frustrating to the Rockets, as they knew the talent was there, but availability was an issue.

Finally, in 2018, with another year of eligibility, the Mid-American Conference got to feel just how dangerous Skipper can be. He wreaked havoc in backfields, ending the year with a total of 20 tackles behind the line of scrimmage (11.5 TFL’s and 8.5 sacks). His best game came on October 13th against Eastern Michigan, where he dominated from the word go. He ended the game with 8 tackles, 2.5 for loss, two sacks, and one fumble forced. His speed around the edge was on full display that game. Now, Eastern Michigan isn’t exactly a ranked opponent, so to look at how he fared against top competition you have to go back to the September 15th game against Miami (Fla.) where he again totaled eight tackles. He did not record a sack in that game, though he did have three QB pressures and a 0.5 tackle for loss.

Now fast-forwarding back to the Steelers bringing him into training camp this season. His name wasn’t talked about a lot during training camp, but that could also be seen as a positive as he wasn’t routinely getting beat in practices. Typically when a player runs with the third team in camp as an undrafted free agent, you won’t hear their name being called out too much anyway.

And then the first preseason game against the Tampa Bay Buccaneers happened. He came away from that game with three tackles, a sack, and the eye of Steelers fans everywhere.

Skipper came back the next week against the Kansas City Chiefs with another sack on another fantastic performance.

Fans were definitely taking notice, but still with some reserve – up until last week against the Tennessee Titans, when he came away with four tackles and a strip-sack, taking advantage of the playing time with the second team while Anthony Chickillo and Ola Adeniyi missed time with injury.

So what has allowed Skipper to dominate the preseason? Let’s take a look at two plays from the Titans game to see.

The first play we will look at is, in fact, his strip-sack. Skipper can win with strength, and he can win with speed. On this play, he uses the latter. He’s quick enough off the snap that the offensive tackle pretty much didn’t stand a chance; with enough bend to change course to the quarterback, get his hand in there and knock the ball loose.

The next play shows the other way Skipper can win: with strength. On this run-stop, he does an excellent job of stacking the tight end and shedding the block, then standing up the fullback and basically tossing him aside, working his way to the running back and making the stop at the line of scrimmage.

What’s that mean for his chances of making the 53-man roster this season? There are a couple of variables to consider.

First, injuries. How long are Ola and Chickillo out?

If neither injury is serious, that hurts Skipper’s chances of making the team. At that point, it’s a numbers game. Do the Steelers keep five outside linebackers? That could very well mean only keeping four inside linebackers, cutting a guy like Ulysses Gilbert III, who has also played admirably. Or the Steelers could keep a total of 10 linebackers on the roster.

Secondly, it comes down to Skipper himself. The Steelers ask their outside linebackers to drop into coverage more than most 3-4 teams. Being a defensive end at Toledo, this is not something Skipper is used to doing, and it’s not something we have seen much of from him in the preseason. Couple that with his three special teams snaps and it doesn’t bode well for him making the team.

Mike Tomlin could choose to keep him on as a pass-rushing specialist, or he could be stashed on the practice squad. Either way, the one thing we know for sure is that Tuzar Skipper has a future in the NFL. It’s just a matter of when.