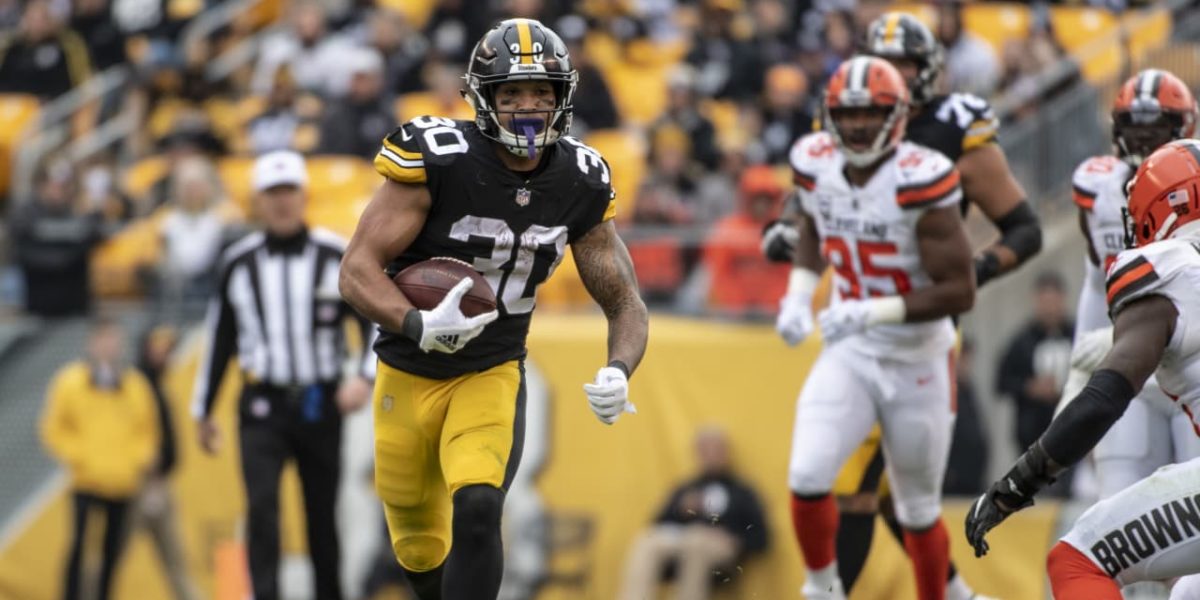 Analysts are missing the boat by NOT talking about James Conner

Le’Veon Bell is a New York Jet, hasn’t stepped on the field for the Steelers since a 2017 season playoff game played in January, 2018, and somehow in July of 2019 the mention of his name when it comes to the potential success, or failure, of the Pittsburgh Steelers still gets under my skin.

Having to deal with critics all over; be it from the Steelers fanbase or those trolls from around the AFC North that find Brown, Orange, or Purple cute, I hear a lot of the same parroted comments which originate from the talking heads in sports media.

That is, the Steelers are going to miss Le’Veon Bell.

But why is that? Bell wasn’t with the team for the entire 2018 season. That much is obvious to Steelers Nation, but for those who looking from outside in, maybe it’s not as plain to see that the reason Pittsburgh failed to make the postseason wasn’t attributed to Bell’s absence whatsoever.

In fact, James Conner’s 2018 season proved to be better than Le’Veon Bell’s last year in the Burgh.

The most misleading part of these numbers is not the games played, rather the volume in which Le’Veon Bell had an advantage over James Conner. A fair comparison between the two would be to take Bell’s 2017 season and compare it to Conner’s 2018: but instead, I’m going to spread out the averages over a full 16-games and then match Bell’s volume to Conner to see who would be the more productive back.

It turns out, if you bump Conner’s carries by five to match Bell’s volume, Conner’s average is 21 more yards: giving him 95.8 yards-per-game, almost ten more on average, per game, than Bell.

If we increase Conner’s receptions per game by 1.5 more on average to match Bell, then Conner would average an additional 13.5 yards per game: giving Conner a 51.5 per game average to Bell’s 43.7…

Or a nearly eight more yards per game on average.

That now begs the question: if Conner had the same workload as Bell did prior, and he would average better numbers, why are all of the sports pundits claiming the Steelers are going to miss having Le’Veon Bell in 2019?

I honestly cannot answer that question, because there is no reason to believe the Steelers will! With Conner’s 2018 production, he was named the AFC’s Offensive Player for the entire month of October and was also selected to the Pro Bowl.

Pittsburgh also boasts one of the NFL’s top offensive lines: with or without offensive line coach Mike Munchak, it’s hard to imagine having the same five starters from the majority of the 2018 regress in 2019.

If anything, all signs should point to Conner, now in his third pro season and second as a starter, improving.

And if he does, as we’re already privy to in Pittsburgh, the rest of the country will soon stop thinking about Bell’s impact on those wearing a black and gold jersey.