Following a 28-26 loss which dropped the Pittsburgh Steelers to 0-2 on the season, Steelers Nation is searching for answers. However, the Seattle Seahawks loss can be summed up as easily as three mistakes during the game which cost the team dearly.

For those who have followed the Turning Points feature on this website during the offseason, this is a similar concept: except there were three of those situations in this single game on Sunday.

The Steelers defense holds the Seahawks to a field goal attempt, which would’ve been a successful 46-yard attempt by Jason Myers. However, DT Dan McCullers was called for an unnecessary roughness penalty on the long snapper, a protected player in today’s NFL.

There wasn’t a great replay to clearly show that McCullers had in fact done anything wrong. The penalty was for contact to the long snapper, who goes to block McCullers: if this is the standard for penalties of this nature, this is definitely going to be a rough season for the NFL in regard to officiating. (I can understand the call from the referee's angle, but boy was this nit-picky and a critical call in the game.)

Following the flag, Seattle received 14 yards and a first down, and would tie the game 7-7 on the very next play as Russell Wilson connected with TE Will Dissly on a 14-yard touchdown pass. 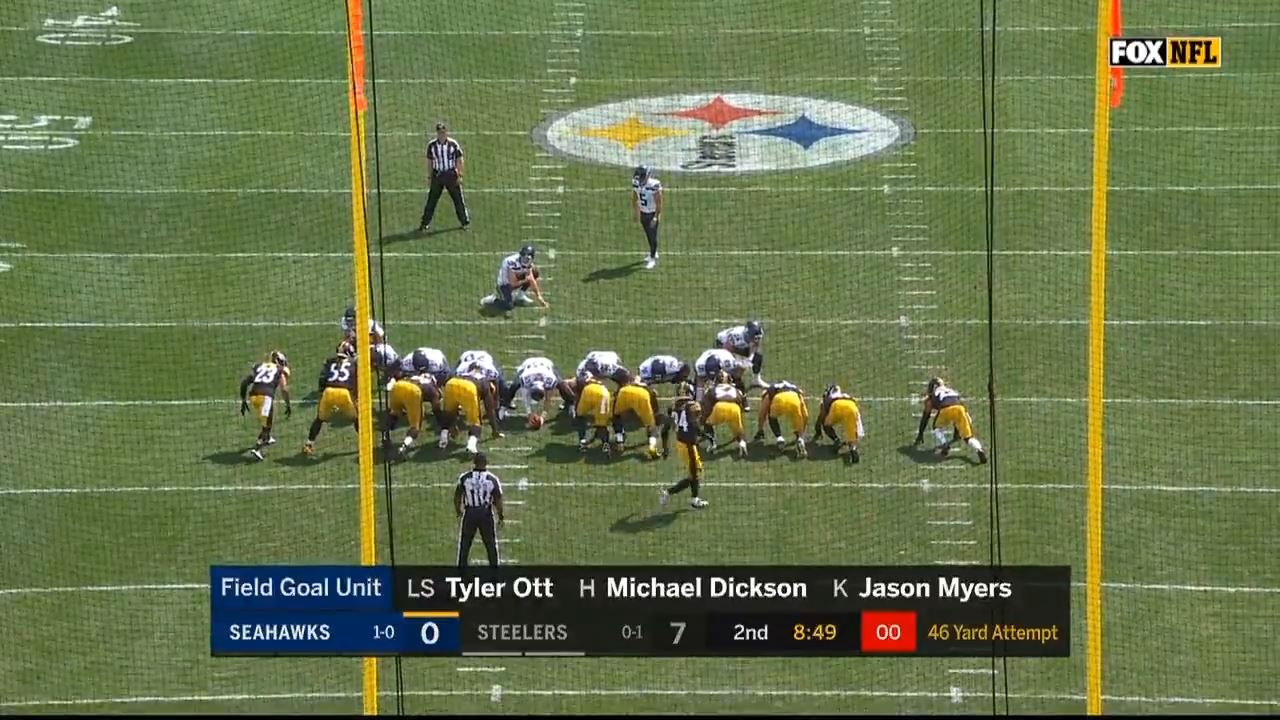 To add injury to insult, it also appears the referees missed an obvious delay of game penalty as the play clock was well beyond zero when the ball was snapped for the attempt.

With Mason Rudolph entering the game for Ben Roethlisberger, it marked the first-ever action for the second-year quarterback.

Following an incomplete pass intended for James Conner, the Steelers faced a 3rd-and-8 from their own 21-yard line.

Rudolph stepped back to pass, intending to find WR Donte Moncrief, who had the ball squarely in his hands but failed to secure it. The ball tipped upwards and was intercepted by Seahawks S Bradley McDougald.

Seattle would takeover, running 6 plays for 40 yards which ended in another Dissly touchdown to go ahead 14-10.

This is the big one.

With the Seahawks reeling and entering a 3rd-and-20 situation (where they started to run the play and basically gave up with a short run) head coach Pete Carroll challenged a defensive pass interference call on a long pass intended for Tyler Lockett.

The pass appeared to be cleanly defended by Steelers safety Terrell Edmunds and no flag was thrown on the play. However, replay overturned the ruling on the field and marched Seattle 38 yards up the field and gave them a new set of downs. 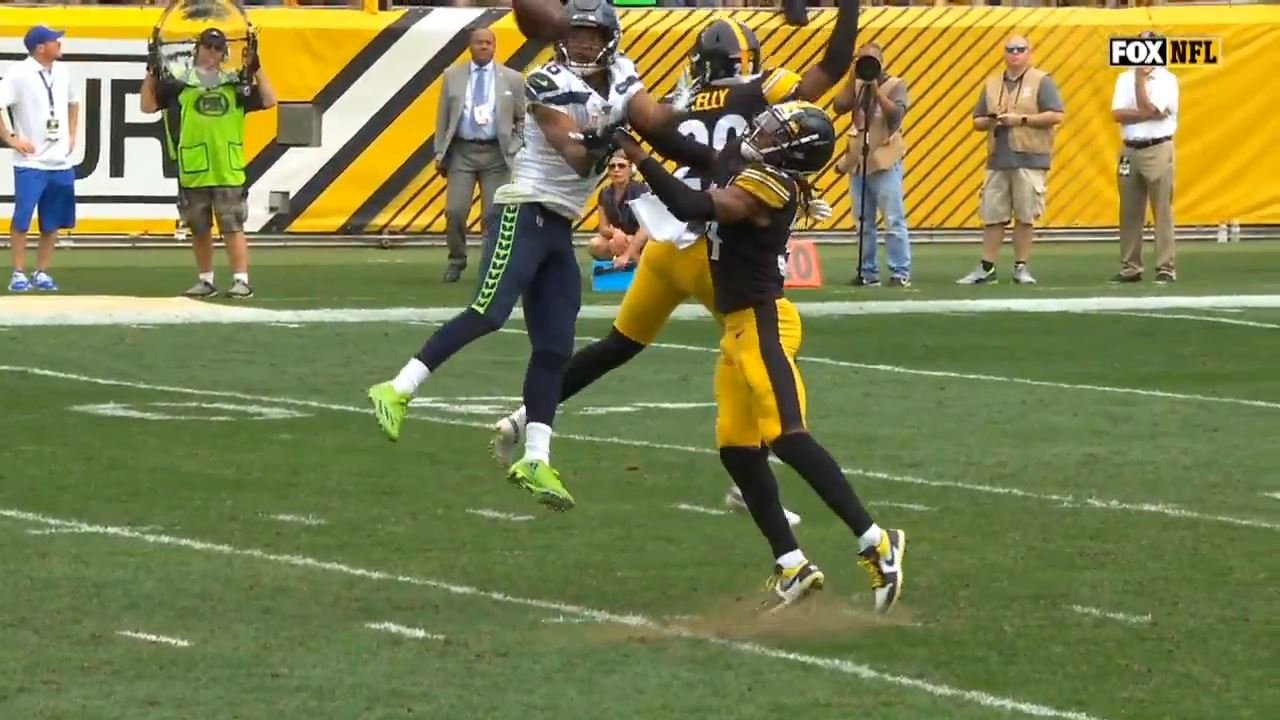 This is crying over spilled milk, but when does replay become more about correcting obvious mistakes rather than determining outcomes in games? And when does a defensive player get the benefit of the doubt when it comes to making an attempt to make a play, which Edmunds clearly does here? (And actually has a great opportunity to intercept the pass as well!)

The Seahawks would go ahead 28-19 with half of the fourth quarter remaining to play in the game.

February 21, 2020
on Injury prone? Vance McDonald played the most offensive snaps of any Steelers non-lineman in 2019

February 21, 2020
on Injury prone? Vance McDonald played the most offensive snaps of any Steelers non-lineman in 2019

The Steelers, Colbert continue to keep insights close to the vest during NFL Combine

With the 2020 NFL Scouting Combine underway, Pittsburgh Steelers general manager Kevin Colbert has addressed some questions regarding the plans ...

Steel City Underground presents "Steelers Throwback Thursday" featuring plays and stories from past seasons which you may have forgotten about! ...

Who was the best Steelers player to wear each jersey number? 10-19

The offseason is here, and it can be the belle of the ball to some fans: myself included. To other ...

Joe and Brian welcome another special guest to the latest episode of the Steel City Underground Podcast: former Steelers great ...

How might a new NFL CBA affect the Pittsburgh Steelers?

While the NFL’s owners and players association discuss a new collective bargaining agreement, Joe and Brian will do the same! ...

Where should the Pittsburgh Steelers place their offseason priorities?

Hot take topics which usually surface on the internet, be it a blog or on social media, are the bane ...