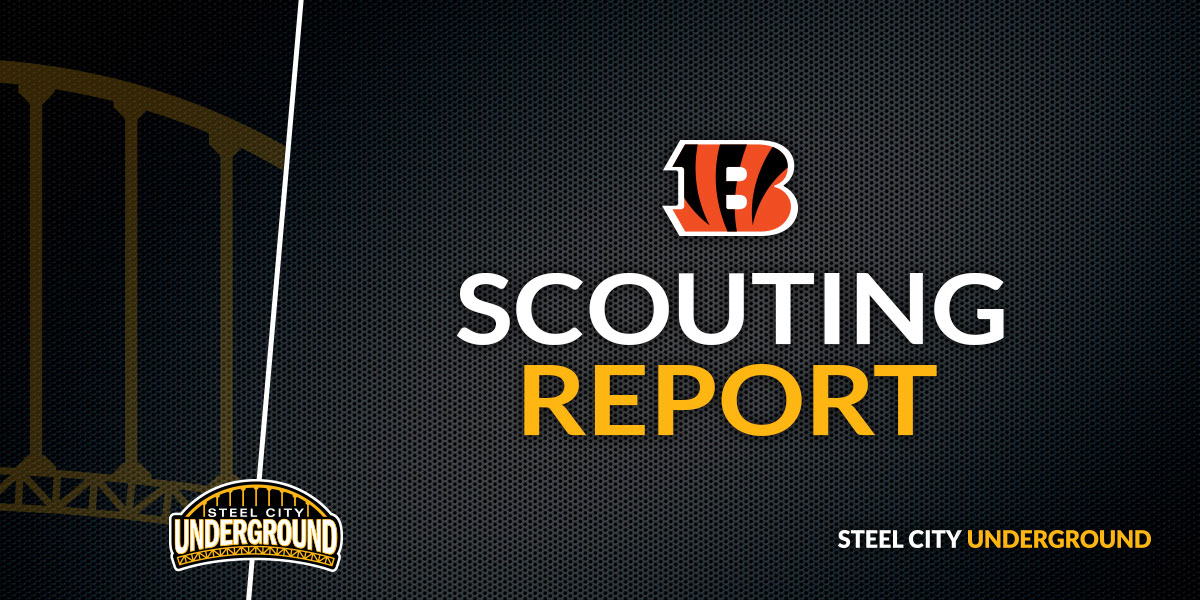 Rivalry Week Scouting Report: What to Expect From the Cincinnati Bengals

After yet another disappointing week for Steelers fans, we are faced with another great opportunity to get our first win of the season. Following the loss to the San Francisco 49ers, Pittsburgh gets a home Monday Night Football match up with their AFC North rival, the Cincinnati Bengals. The Bengals are looking for their first win as well as they have had their own struggles in the first three weeks of the season. This is a game that is always a close, physical match up and I expect nothing different this time around. With that being said, let’s take a look at this week’s opponent, the Cincinnati Bengals.

The Bengals are a team that has been hit with some crucial injuries this season. They started the season by losing their first round pick, offensive tackle Jonah Williams to a shoulder injury. Their offense has also been without their best playmaker in wide receiver A.J. Green. Green will be out again this week with an ankle injury. The Bengals offense could also be without offensive tackles Cordy Glenn (Concussion) and Andre Smith (Groin), who are both listed as questionable this week. Smith missed practice on Thursday while Glenn was limited.

Can Andy Dalton Get it Done in Prime Time?

Even without his star receiver in Green, quarterback Andy Dalton has actually had a decent season, statistically. He is currently third in the league in passing with 979 yards, along with five touchdowns and three interceptions. His leading receiver so far has been John Ross III, who is fourth in the NFL in receiving yards with 292 and has hauled in three touchdowns. He is joined in the receiving corps by Tyler Boyd, Auden Tate, and Alex Erickson, along with tight ends C.J. Uzomah and Tyler Eifert. Although Dalton has done well so far, he is known for not being able to get it done in prime time match ups. On top of that, this game is in Pittsburgh, where he has only won one time in his career. He will have to step up and prove everyone wrong if they want a chance in this game.

Unfortunately for the Bengals, they have been unsuccessful running the ball so far this season. Star running back Joe Mixon has struggled, rushing for 87 yards and zero touchdowns so far. He will look to try to get things going against a Steelers defense that has struggled against the run. The Steelers rank 27th in the league against the run, allowing 139.3 yards per game this season.  If he can’t get going on Monday night, it could be a long game for this offense.

Will the Bengals Defense Step Up?

A lot of the Bengals struggles this season have been due to lack of execution on the defensive side of the ball. The Bengals rank 27th in total defense, allowing 406.3 yards per game, along with 27.7 points per game. They have been especially bad against the run. Their defense ranks 31st in run defense (only above Miami), allowing 168.7 yards per game on the ground.

Their front seven must step up this week and keep James Conner from having a breakout game. This front seven is led by a good looking defensive line (if healthy) with Carlos Dunlap and Sam Hubbard starting at the defensive ends, with Andre Billings and Geno Atkins and the tackles. Carl Lawson also will play a key role at defensive end, as well as Ryan Glasgow coming in at defensive tackle. Behind them, Nick Vigil and Preston Brown will line up at linebacker, with Jordan Evans and rookie Germaine Pratt seeing some time in the rotation.

This Bengals defense has looked a little better against the pass, ranking 12th in the league in passing defense. They have allowed 237.7 yards per game through the air, along with six touchdowns. Hopefully, for their defense, some of their injured pass rushers will be able to play and put some pressure on Mason Rudolph and allow their secondary to make plays. Their secondary is led by a solid duo at safety with Shawn Williams and Jessie Bates III. They are joined by William Jackson III and Dre Kirkpatrick as the starting corners, with B.W. Webb coming in at the nickel. Tony McRae will also rotate in at corner.

As I already mentioned, I believe this will be another close game in this rivalry. I say this mainly because there aren’t many blowouts in divisional games for the AFC North. I believe the Bengals will have some things go their way offensively early to keep them in this game. However, the Steelers still clearly have the more talented team and that will show down the stretch. I see James Conner having a huge game with over 100 yards and a pair of touchdowns. I also believe the defense will step up late and Mason Rudolph will do a great job at managing the game. The Steelers will pull away late in this one and I have them winning 28-17 to finally get their first win of the season.