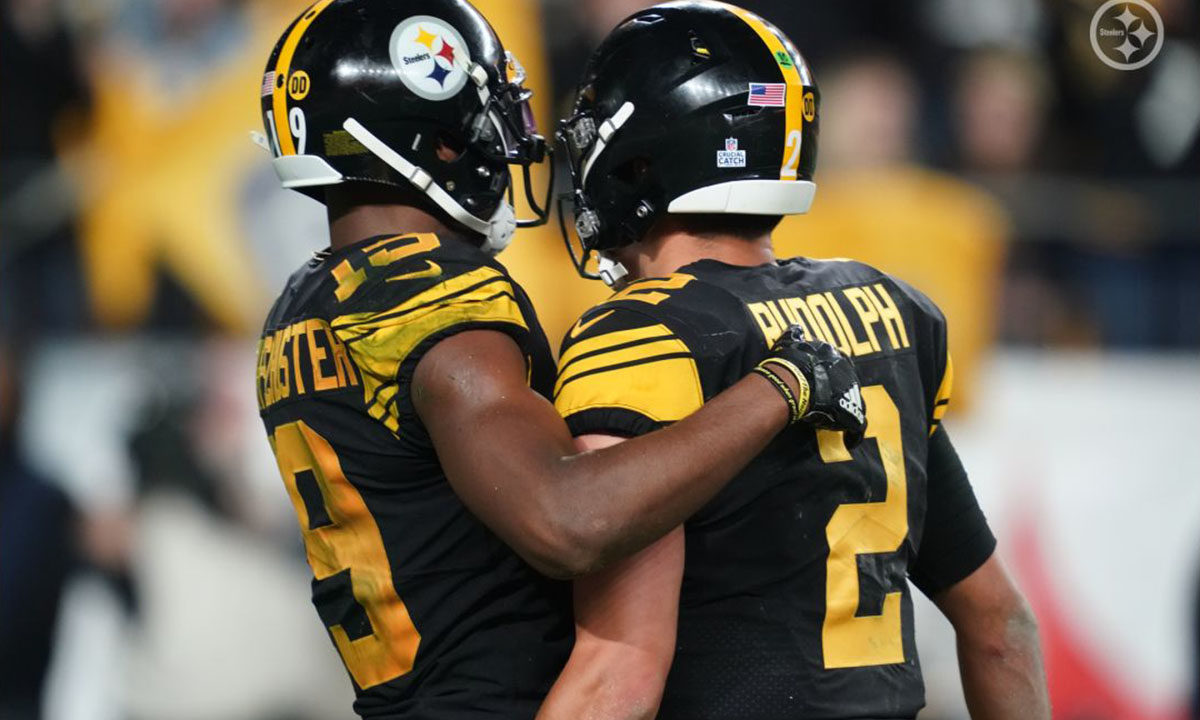 Lessons learned from the Steelers important victory over the Dolphins

The Pittsburgh Steelers figured out a few different things on Monday Night as they came back from a 14 point deficit to defeat the winless Miami Dolphins.

They learned that they are resilient. They could have easily let the game slip away, gotten down on themselves and fallen to 2-5, effectively ending any playoff chances they may have had. Yet, they stuck together, put together some drives, found a way to create turnovers and scored 27 unanswered points to remain a part of the playoff conversation, for now.

They learned that they can still rush the quarterback and create turnovers without Stephon Tuitt in the lineup. Tuitt has been an inarguable force this season, but without him, at least for one night, the Steelers still sacked the quarterback (4 times) and hit him another 10. They didn’t really miss a beat. Tyson Alualu did the job necessary to fill in. Additionally, the defense was rabid enough to create three more turnovers that helped dictate the outcome of the game.

They learned they may have a solid second receiver option with Diontae Johnson who ended up with 5 catches for 84 yards and a score. If he’s able to open up the field like that, JuJu Smith-Schuster will continue to gain more opportunities, as he did on Monday when he had 5 catches for 103 yards and a TD, looking like a true number one receiver for the first time this season.

Randy Fichtner learned, hopefully, that he should allow Mason Rudolph to throw downfield. Rudolph started off slowly and was rained on with boos from the crowd as he had a terrible statistical first half but he was allowed to continue to throw the football into the second half (Beyond 10 yards!) and ended up with 20 completions for 256 yards and 2 TD passes. Allowing him to take the top off the defense, must continue to happen!

Rudolph learned that he can still take big hits and be fine. He was shaky in the first half, I’m certain partially due to the fact that he hadn’t played since the devastating concussion against the Ravens but once he got going, he played well.

Most importantly, the team learned that they really needed Roosevelt Nix. Nix, who had missed the last five games, helped open up holes for James Conner who rushed for nearly 150 yards on the night with over a 5.0 yards per carry average. That is the kind of football this team needs to play when they have a young quarterback like Rudolph at the helm.

It was one win of many more needed but the Pittsburgh Steelers found some answers to some questions they had before. Now they must keep the momentum going these next two weeks at home to really allow themselves to stay relevant in the AFC North.