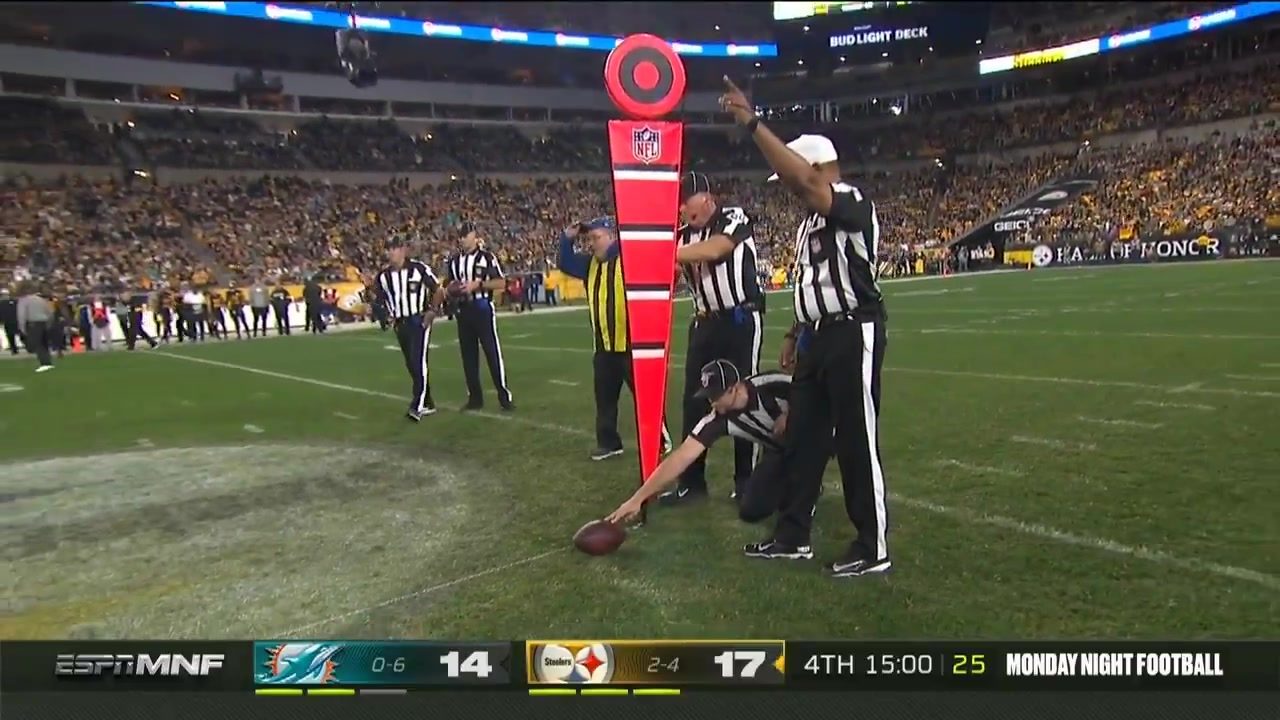 Breaking down the good, the bad, and the ugly in the Steelers win over the Dolphins

The Pittsburgh Steelers stacked wins for the first time in 2019 with a 27-14 victory over the Miami Dolphins on Monday Night Football.

While there were many critical moments throughout the game, these were the three I felt were best labeled under the usual misnomer of Good, Bad, and Ugly. Enjoy!

As the saying goes: “Good JuJu!”

What could’ve been a misplaced pass (or a better play on the ball by Dolphins cornerback Chris Lammons) turned into JuJu Smith-Schuster saying “give me that ball” as the Steelers receiver snatched the pigskin away from a possible interception and turned it into a 26-yard touchdown connection from Mason Rudolph.

The play would put the Steelers up for the first time in the game, and they would never look back from this point, scoring a total of 27 unanswered points in the 27-14 win.

This wasn’t bad because of Johnson’s actions. No. It was awful because of the referees.

Not only did the referees get this play wrong initially, throwing a flag where there’s no extension of Diontae’s arm or obvious grab, but the play (which occurred within two minutes remaining in the half) was under further review by a booth review initiated by the very officials who are supposed to make sure that obvious and egregious errors are corrected.

This one was not – negating a 34-yard gain on the downfield pass by Rudolph to Johnson and instead, penalizing the Steelers an additional 10 yards.

Rather than 1st-and-Goal from the Miami 1, the Steelers were moved backwards to the Miami 45!

However, the officiating gets uglier than this bad decision! (Particularly for a player who makes a one-handed catch!!) 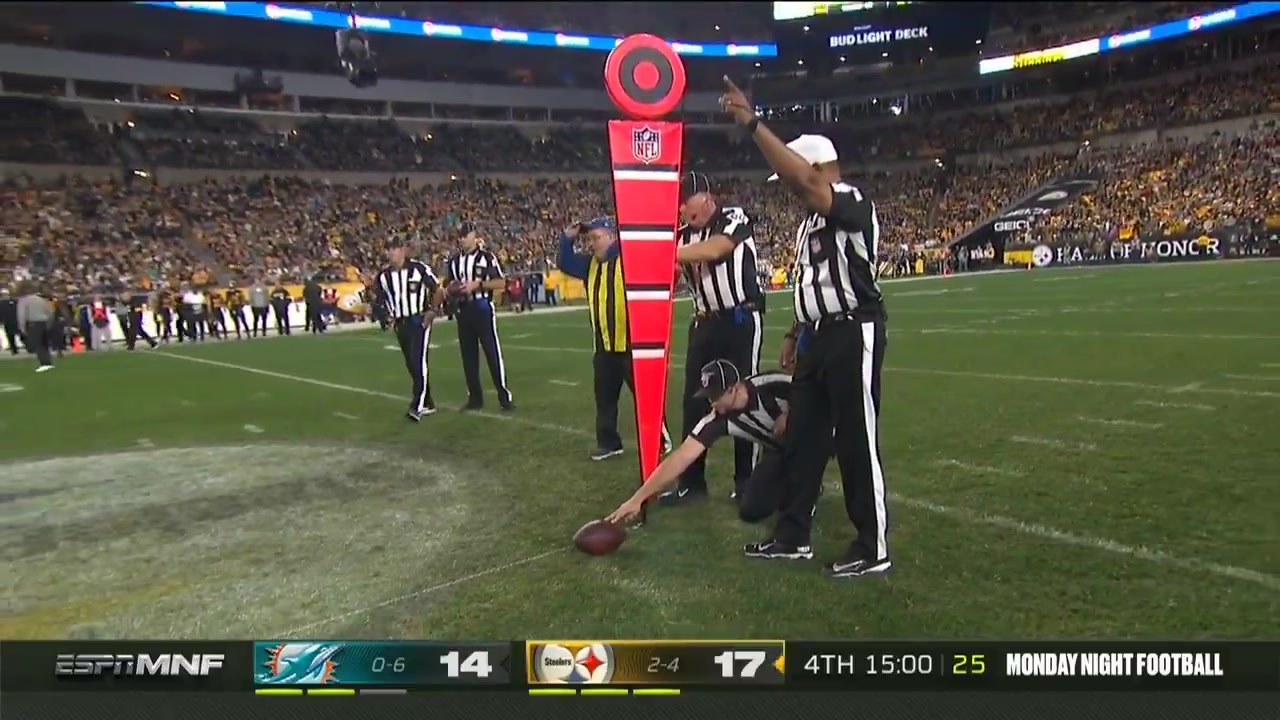 With the third quarter nearly coming to a close, the Steelers were in a critical situation on 4th-and-1 at their own 47.

Ryan Fitzpatrick kept the ball and attempted to convert the first down as the clock wound down beyond 20 seconds. With the quarter seemingly over, the officials spotted Fitzpatrick the distance required and were set to move the chains into the fourth quarter.

However, Steelers Head Coach Mike Tomlin, who had lost 11-straight challenges dating back to 2017, threw his red flag on the play believing the referees got it wrong.

Miraculously, Coach T was correct, breaking his curse of losing challenges, but it nearly didn’t happen!

A total of six minutes of real-time between Fitzpatrick ending the play, with the officials making the original spot, to the replay review, re-spot of the football, and measurement with the old-school chains (I suppose they love that NFL 100 nostalgia, right?) the ball would end up only inches short of a first down.

All of this with replay showing that Fitzpatrick likely didn’t get even as close as the second spot!

This is a travesty to any spectator sport, especially a billion-dollar industry which should be able to implement any variety of technology advances to get this not only correct but done quickly!

Can’t we at least get another camera angle or a drone for Pete’s sake?!