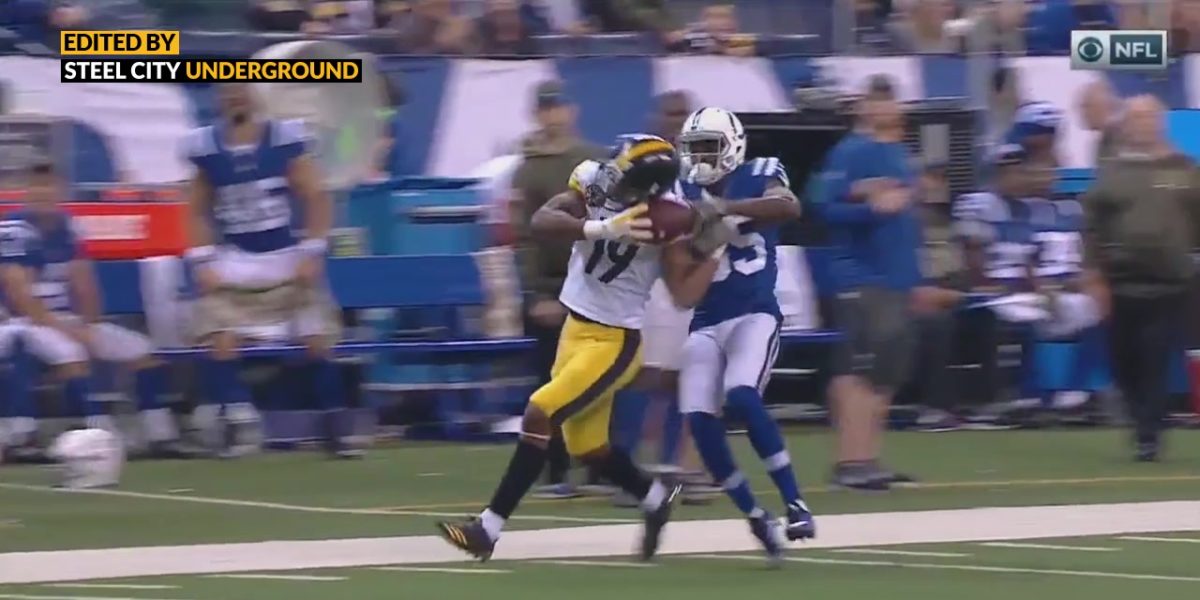 It’s not hard to see why Pittsburgh fell in love with JuJu Smith-Schuster right from the start. A young heart with an endearing personality, Smith-Schuster’s kindness off of the field is often mistaken for his “grown ass man” mentality on it.

None could be further from the truth after seeing JuJu rip the ball away from Dolphins CB Chris Lammons in the Steelers 27-14 win earlier this week on Monday Night Football. In fact, we saw this type of play developing several seasons ago with a highlight plucked directly from a game against Pittsburgh’s next opponent, the Indianapolis Colts.

The two teams met in Week 10 of the 2017 season, where QB Jacoby Brissett, where in a similar situation to the start of this season, Brissett had joined the Colts to replace Andrew Luck as the team’s starter.

The Colts entered the game on a low note, whoever, with a 3-6 record while the Steelers were slightly surging with a 6-2 mark atop the AFC North. The Steelers had their own struggles though, with a tight win over the Detroit Lions in Week 8, the team entered a bye week and started sluggish in the first half against the Colts.

Then, Juju Smith-Schuster would spark the offense, which would then lead the team to victory.

Well the play that ignited it all saw Ben Roethlisberger finally land one of his deep passes to Smith-Schuster, who makes a seemingly impossible catch along the boundary lines.

Watch as Indy CB Pierre Desir plays near-perfect coverage, and even has his hands on the football, but can’t take it away from the Steelers receiver.

JuJu’s catch would go for 44 yards and set the Steelers up for their first touchdown of the game: all the way into the third quarter!

The other irony of this series?

The Steelers were down 14 points, by a mark of 17-3, before JuJu’s strong play saw the team surge to 17 unanswered points and a seventh win on the season by a final score of Steelers 20, Colts 17.