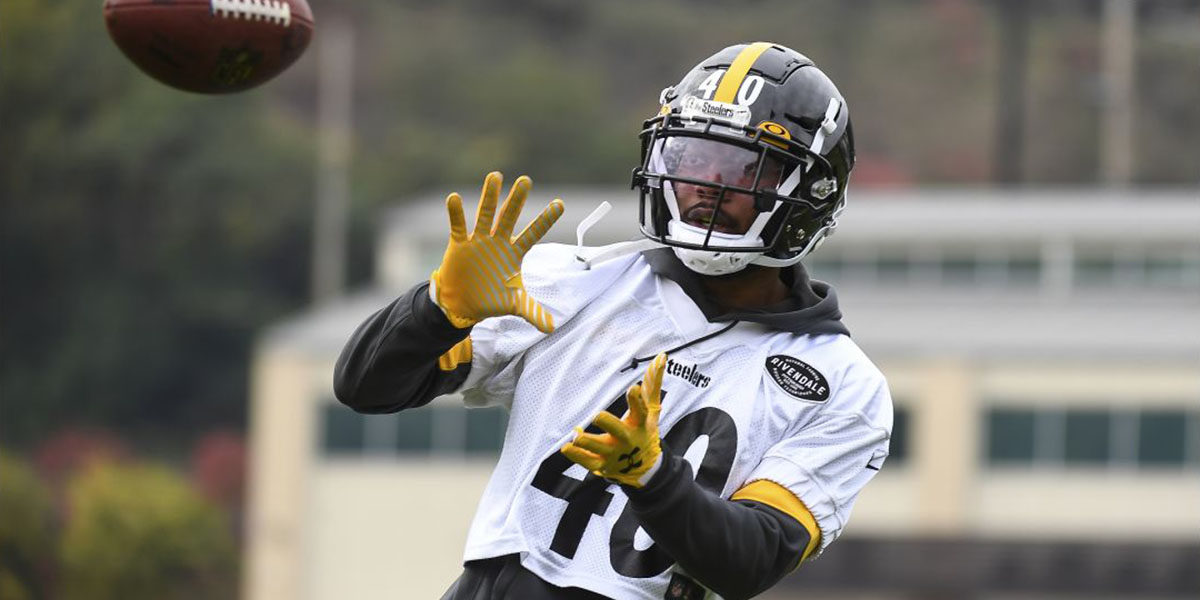 The Pittsburgh Steelers have made some roster moves ahead of their week 9 matchup against the Indianapolis Colts. With the injuries at the running back position, the team has parted ways with Donte Moncrief and added Tony Brooks-James to the 53-man roster, seemingly to play behind Jaylen Samuels and Trey Edmunds.

Now, much has been made about the move, mainly about Moncrief and his struggles, and what caused them. Also about the potential this adds to the Steelers receiving a third-round compensatory draft pick in next year’s draft. What hasn’t been talked about is the athlete they just added to the roster.

Tony Brooks-James stands at 5’9, weighing 190 and is an undrafted rookie free agent out of the University of Oregon, where he mostly operated as a change of pace back for the Ducks. He finished his college career with 1,863 yards rushing, good for a 6.6 average and 18 touchdowns. Tack on 40 receptions for 392 yards and 2 more touchdowns and you can start to get an idea of who Brooks-James is.

First things first, with his 4.45-yard 40-yard dash, he automatically becomes the fastest player on the offense. Trey Edmunds has the next best 40 time of 4.50 (at his pro day, of course).

And that speed is evident on kick returns. Brooks-James should immediately take over as kick returner, averaging 23.8 yards per return for 1 touchdown in his career at Oregon. He is the best option on the team at the return spot, providing immediate upgrade.

What makes him good as a return man also makes him a threat as a runner, and it’s not just speed. He is a one cut back with excellent vision and acceleration. He sees a hole, and he hits it with authority. He was utilized a lot as an option/drawback where he was given the ball with space to get to the boundary. Many times he got to the edge fast enough that linebackers ended up taking embarrassing angles to try and tackle him.

All of this brings to mind another former Steelers running back: Willie Parker. And just like Parker, Brooks-James is a bit undersized as a running back and is easy to bring down. While he does have good contact balance and can run through some arm tackles, there were still plenty of times at the collegiate level that he was brought down by his shoelaces, or went down on his own terms to avoid a hit.

Also, like Parker, his other big downfall is pass protection. He should be expected to sit back in the pocket and protect the Quarterback. His size and lack of strength hurt him in this department. No, if he is on the field, he is a threat to touch the football and take it to the house.

One area he excels in compared to Parker is in the receiving game. Oregon utilized him perfectly in this aspect, with a lot of screens and bubble plays. Basically, the game plan for Brooks-James was to get him the ball with room to run, and it should be the same for Pittsburgh.

He did play this preseason for the Atlanta Falcons, carrying the ball 25 times for 180 yards. Good for a 7.2 average, adding on 2 touchdowns.

Ultimately, the perfect comparison for Brooks-James would be a cross between Willie Parker and Mewelde Moore. Will he have the same impact as either of those players? Only time will tell.