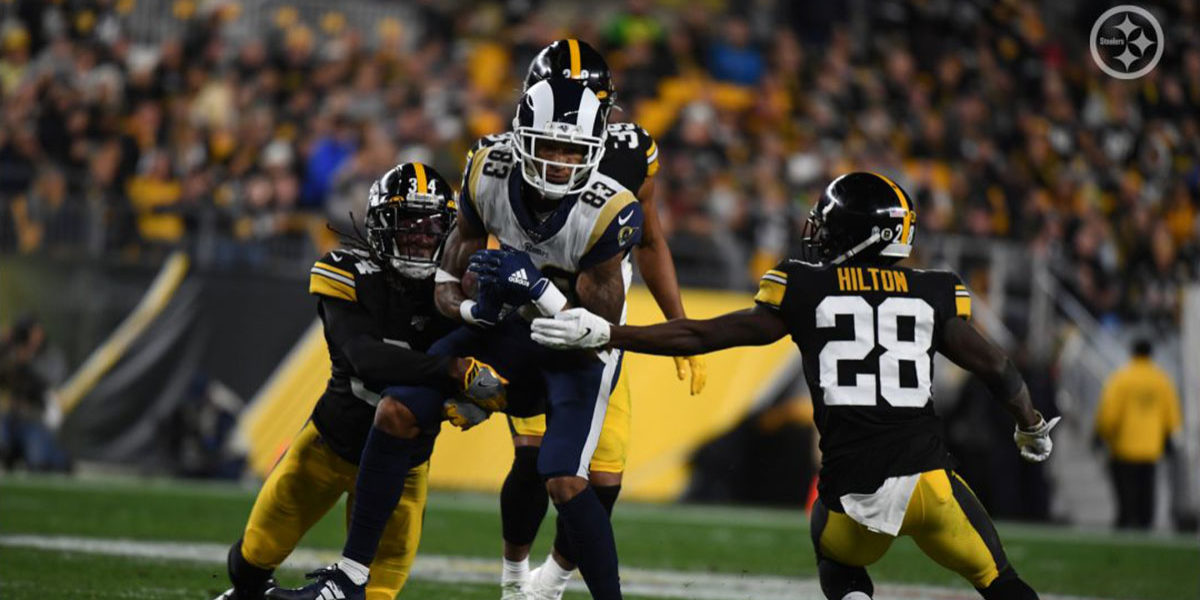 In what may seem like a poorly stated headline, the Steelers had to overcompensate for the losses of James Conner, Benny Snell and Roosevelt Nix in their victory over the Los Angeles Rams on Sunday.

In their place, the Steelers handed some season-highs for playing time to an allotment of players.

Ironically, one would think that Jaylen Samuels would’ve seen more playing time with Conner and Snell out, but this simply wasn’t the case, as Jay-Sam actually played a lower percent of snaps than he did a week earlier, albeit, with the Steelers running 11 more plays in this game.

This opened the door for Trey Edmunds to play a season-high 21 snaps (28%) as well as recent addition Tony Brooks-James to receive 10 snaps on offense as well.

As part of the heavier packages, Zach Banner also saw an increased role with 21 snaps (28%) which was up from last week against the Colts, but lower than his usage against the Bengals, Chargers, and Dolphins.

Chukwuma Okorafor saw his first start as well as his first snaps of the entire season at right tackle.

While his presence was felt on the field more than it had been all season, James Washington was only in for about half of the game. The Steelers continue to plug Johnny Holton in, particularly on early running downs and his usage has been consistent over the last five games.

Ryan Switzer also came in for four snaps, while the remainder of the Steelers offensive players were used about the usual with the exception of Vance McDonald, who jumped from a 60-80% share of snaps to a whopping 97% (all but two) against the Rams.

On defense, Vince Williams was the casualty of stopping the pass, as the linebacker only came in for 11 snaps.

Isaiah Buggs continues to be part of the post-Tuitt rotation up front, while Ola Adeniyi is finding a handful of plays in a similar situation spelling the outside linebackers.

The notable names to see on this week’s charts are both of the nickel corners, Mike Hilton and Cameron Sutton, who both eclipsed their season highs against the Rams. Sutton nearly played half of the game with 38 snaps while Hilton rarely left the field, playing for 70 plays, up from his previous high of 48 snaps in Week 1.

The remaining totals can be found below.