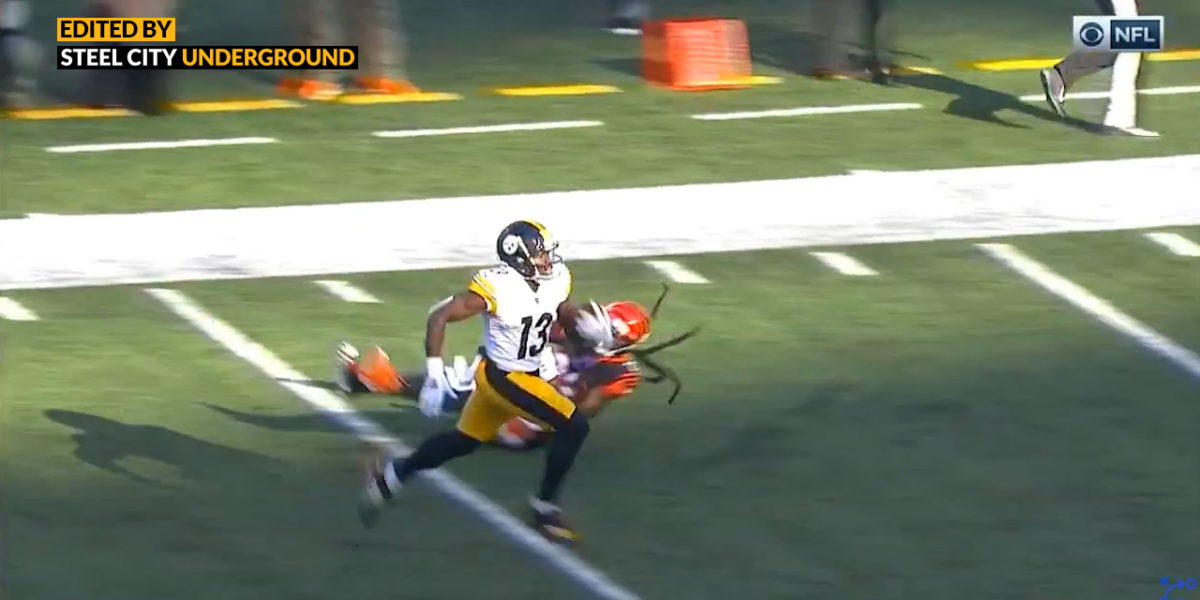 The Pittsburgh Steelers were trailing the Cincinnati Bengals 7-3 to begin the third quarter of their second road game in a row.

Following another anemic offensive display, Mike Tomlin pulled starting quarterback Mason Rudolph in favor of rookie backup Devlin Hodges. Hodges would see his first action on the Steelers second offensive possession of the second half and immediately connect on a short pass with RB Jaylen Samuels.

The next play was a short gain on first down, before a second play was run, WR James Washington was called for offensive pass interference which saw the Steelers lose ten yards and be set back to a 2nd-and-17 situation.

Making good on his mistake, Washington would explode on the very next snap. Hodges stepped back to pass and watched as his receiver crossed the field into open territory, where the passer led his man and connected for this huge play.

The final damage would be a 79-yard touchdown connection: the Steelers only trip into the endzone for the entire day. However, it would be enough to defeat the Bengals for another season series sweep by a final tally of 16-10.