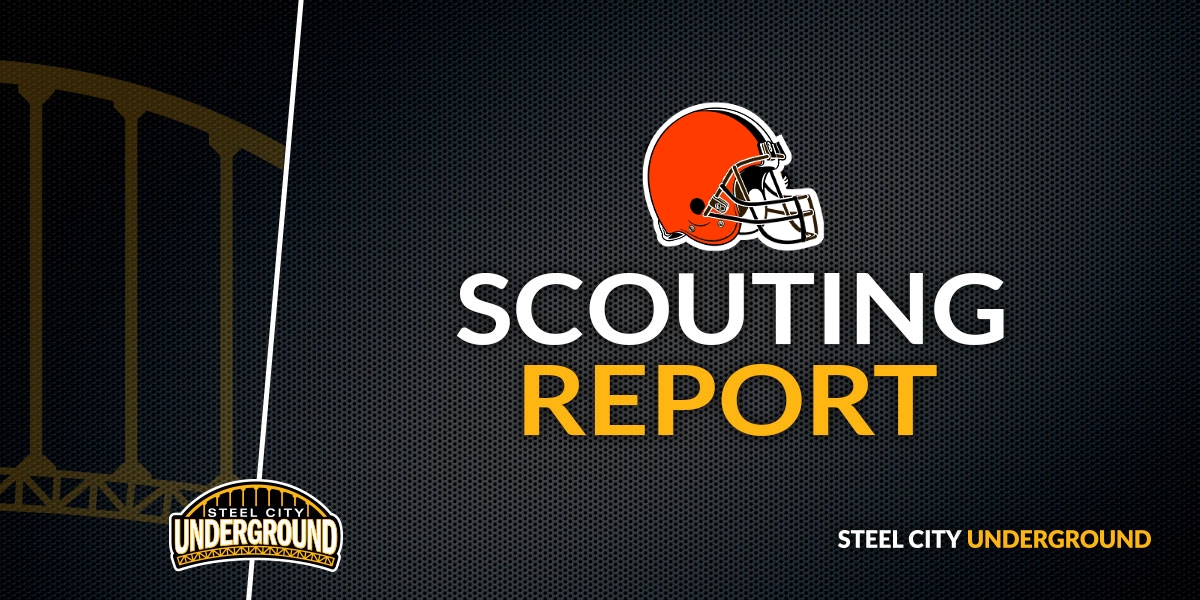 Rivalry Week Scouting Report: What to Expect From the Cleveland Browns

Steelers fans, the time has finally come for what we have all been waiting for over the past two weeks. Following a close win over the Cincinnati Bengals, the Steelers will welcome the Cleveland Browns to Heinz Field this weekend.

We all know what happened in the Week 11 loss in Cleveland, which ended in very ugly fashion. With that in mind, tensions will be running high and the crowd will be as electric as ever in Pittsburgh. Both teams are still in the playoff hunt and would love to come away with the win and almost end the playoff hopes of the opposing team.

With all of this taken into consideration, let’s take a look at this week’s opponent, the Cleveland Browns.

On the defensive side of the ball, former Steeler strong safety Morgan Burnett was placed on the Injured Reserve list with an Achilles injury. Middle linebacker Joe Schobert (Groin) and defensive end Olivier Vernon (Knee) are both listed as questionable but were both able to have limited participation in practice on Thursday. Strong safety Eric Murray is also listed as questionable with a knee injury and did not practice on Thursday.

Can Baker finish 2-0 against Pittsburgh?

This Cleveland offense came into this season with a lot of hype and struggled to live up to it at first. However, they seem to have pulled things together in the past couple of weeks. Quarterback Baker Mayfield has led the charge as he is 13th in the league in passing with 2,721 passing yards, 14 touchdowns, and 13 interceptions so far.

His leading receiver has been Jarvis Landry, who is 12th in the league in receiving with 59 receptions for 843 yards and five touchdowns. Landry is joined in the receiving core by Beckham Jr., Rashard Higgins, and KhaDarel Hodge, along with tight ends Demetrius Harris and Ricky Seals-Jones. Baker found some success against the talented Steelers secondary in their first matchup this season as he finished with 193 yards, two touchdowns, and zero interceptions.

While Baker and the passing game have stepped up in the past couple weeks, the Browns have relied heavily on the run throughout this season. Running back Nick Chubb is currently second in the league in rushing with 1,117 yards and seven touchdowns. Chubb had a decent game against the Steelers a couple of weeks ago, rushing for 92 yards on 27 carries.

Luckily for Chubb, he now has a very good running mate in the backfield as Kareem Hunt returned to action a few weeks ago. Hunt has rushed for 79 yards and a touchdown off 18 carries in his first three games back. He also helps in the passing game as he is a very reliable target out of the backfield.

Will the Browns defense be able to put pressure on Duck?

The big story, besides the ending, of the last matchup between the Browns and Steelers was how bad quarterback Mason Rudolph struggled. Rudolph was held to 221 yards and a touchdown while also throwing four interceptions. However, this weekend will look different as the Steelers have turned to Devlin “Duck” Hodges at quarterback and the Browns will be without their top pass rusher in defensive end Myles Garrett.

While the Browns took a huge loss with the suspension to Garrett, Hodges will still be facing a decent defense. Cleveland currently ranks 14th in total defense, allowing 338.5 total yards per game and 22.9 points per game. Against the pass, the Browns rank sixth in the league, allowing 214.5 passing yards per game and 19 total passing touchdowns while coming away with ten interceptions so far.

Their secondary is led by cornerback Denzel Ward, who is joined by rookie Greedy Williams at the other corner spot. T.J. Carrie and Terrance Mitchell will also see time in the rotation at corner. Demarious Randall will start at free safety with Justin Burris making the start at strong safety.

Their front seven is led by middle linebacker Joe Schobert who leads the team with 69 tackles and also leads them in interceptions with four. He is joined in the linebacker core by rookie Mack Wilson and Adarius Taylor. In front of them, Chad Thomas and Olivier Vernon will start at the defensive ends with Sheldon Richardson and Larry Ogunjobi at the defensive tackles.

As I already mentioned, this game will be very interesting to watch with the tension being so high and a lot on the line. While the Steelers struggled in Cleveland, I see this weekend’s game turning out a lot different. The players will be fired up after how the last game ended and the crowd will be electric all game, which will make it very hard on Mayfield and their offense.

If James Conner is able to return, I think he will have a huge game but if not, I see Benny Snell Jr. being able to build off his performance last week and keep things rolling against this struggling Browns run defense. I also see Duck being able to manage the game and make the plays when he is needed the most.

With all of this in mind, I have the Steelers pulling away to win this one 27-13 to stay in the playoff picture.