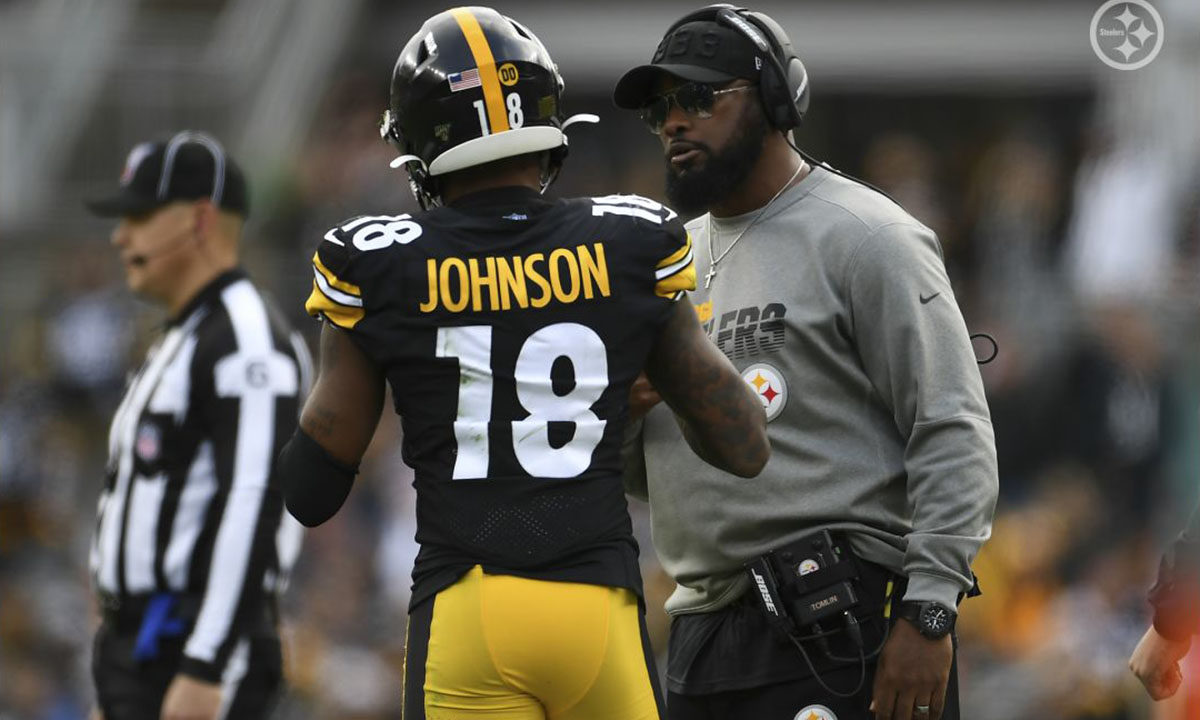 A fun narrative going around the media early this week is how the Pittsburgh Steelers should be “terrible” this season. After all, they lost their starting quarterback Ben Roethlisberger for the entire season midway through their second game of 2019.

That scenario would nearly spell doom for most teams. Just look at this year’s Carolina Panthers, who are 5-7 after also losing their starting quarterback, Cam Newton, in Week 2. That franchise just fired their long-time head coach Ron Rivera on Tuesday afternoon.

Another team without it’s projected 2019 starter, the Indianapolis Colts, are also teetering at the .500 mark with a 6-6 record. Or we can go back a few seasons and witness what happened to the Green Bay Packers in 2017 when they lost Aaron Rodgers and fell to 7-9.

Other teams are still searching for their franchise quarterback and working through rebuilds and losing seasons to do so. Yet, the Steelers still maintain their standard regardless: and this isn’t the first time Mike Tomlin has had to do so.

How soon we forget that Ben Roethlisberger has never been labeled a 16-games-per-season quarterback. Roethlisberger has sat out some games that didn’t affect the standings late in the season, but he’s also missed time with injuries and suspensions in the past as well, making way for a list of replacements from Dennis Dixon, to Charlie Batch, Byron Leftwich, Michael Vick, and Landry Jones.

In those seasons, the Steelers never faltered either.

In 2015, when the team turned to Vick and Jones to play in all or part of seven different games, the Steelers managed a 10-6 record and won the infamous brawl with the Bengals in the Wild Card game before being eliminated from the postseason by the Denver Broncos in the Divisional matchup.

That season saw the Steelers lose Le’Veon Bell in Week 8, replaced by DeAngelo Williams who would also end up replaced for their postseason run. Antonio Brown was also unavailable to play in the Divisional Round too.

The Killer B’s are a good example of why some Tomlin critics felt he underachieved, but now we’re realizing that perhaps he didn’t. There were numerous games where the Steelers were left without either Big Ben, Bell, or Martavis Bryant (remember him?) due to injuries and/or suspensions.

Yet, Mike Tomlin’s teams always persevered. With the loss of Ryan Shazier likely looming the largest, the Steelers had missed the postseason for the first time in 2018 following four-straight appearances: three of them as the AFC North champions. While the team underachieved, their 9-6-1 record just missed the mark of being a playoff team.

Yet, despite losses in other seasons, it’s this 2019 season that may be Tomlin’s most challenging of them all, even with the disappointing 2018 campaign. Entering this year, there were questions about how the team would cope with some of the players they had lost. Gone were Brown and Bell, but they were seemingly replaced with 2018 Pro Bowl selections JuJu Smith-Schuster and James Conner. Ben was back, as was most of the offensive line.

Most of the questions were on the defensive side of the ball to start the season.

Fast-forward to Week 14 of this season, and Tomlin has lost more than his share of players. Gone are all of the Killer B’s of years past. No Ben. No Bell. No Brown. No Bryant. Heck, Tomlin has barely had their replacements healthy, as JuJu has missed two games in a row and Conner has missed a total of four.

The backup quarterback and perhaps future Roethlisberger replacement, second-year quarterback Mason Rudolph, was also knocked out of action for a game and a half, then benched for Devlin Hodges: an upstart who wasn’t even signed until after rookie minicamp, let alone being a drafted or a priority college free agent.

Both White and Cain are entering their third week with the team: in Week 14 no less.

Yet, Mike Tomlin has made due. The Steelers sit in the last wild card spot, facing two other playoff contenders, and two top draft pick contenders, in their final four games, despite playing 31 players on offense and 26 on defense this season. Also, their odds of making the postseason, or winning the Super Bowl, have shifted dramatically from August to September and then September on through December as seen on PointsBet Review.

The personnel played rivals that of previous seasons, where the Steelers had 26 different players take at least one defensive snap in 2015 and 2018, and 27 see one play in 2016 and 2017. Injuries have played a hand in that for sure, but that’s with the Steelers playing reserves and resting starting players in the final week of the season, typically against the Cleveland Browns.

That’s seven additional players worked into the rotation, not including rookies and free agents which are not factored into the year-to-year turnover. Also, we need to keep in mind several other things: only 11 players are on the field at any given time, only 53 are on an active roster, and 46 dress on game days.

That means, with the exception of Tyson Alualu (the only Steeler to have a snap on both sides of the ball in 2019) Mike Tomlin has played 56 players on offense and defense total.

Add in other new faces all over the roster (and yet to be named in this article) such as Minkah Fitzpatrick, Devin Bush, Nick Vannett, Mark Barron, and Steven Nelson, and it’s a wonder any of this is working.

But it is. And the Steelers are in the thick of proving to everyone that they are a playoff team.

At the very least, sitting at 7-5 with four games to go should mean that Mike Tomlin would once again avoid a losing season: something that he has yet to have in his previous twelve years as the Steelers head coach. But this season may be his finest work – and one where he should seriously be considered as a Coach of the Year candidate should the team get into the postseason.