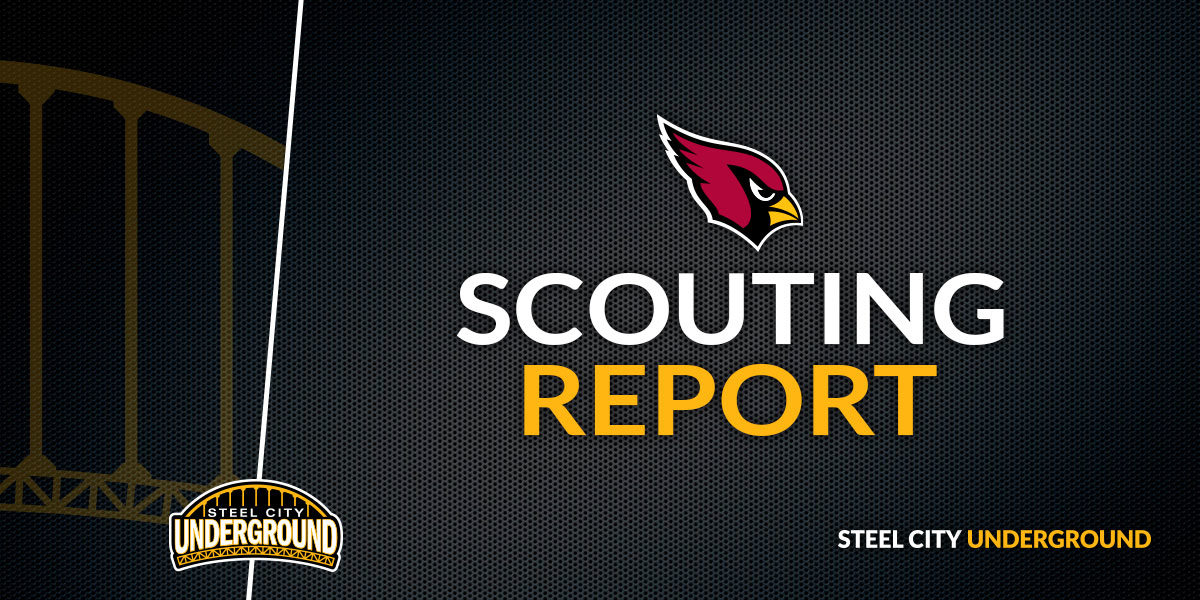 Steelers Scouting Report: What to Expect From the Arizona Cardinals

After an exciting revenge victory at home over the Cleveland Browns this past Sunday, the Pittsburgh Steelers must now move on and prepare themselves for the final stretch of the 2019 regular season. The Steelers are currently sitting at the sixth and final playoff spot with four games left to keep it.

This weekend, they have an interesting match up on the road against a young Arizona Cardinals team. Although they are currently sitting on a 3-8-1 record, the Cardinals can’t be overlooked as they still have a good amount of talent. With all of this in mind, let’s take a deeper look at this week’s opponent, the Arizona Cardinals.

Although they are relatively healthy when it comes to their star players, the Cardinals still have some injuries to keep an eye on for this game. On offense, their top two right guards, J.R. Sweezy (Illness) and Max Garcia (Toe) are both listed as questionable. Fortunately, they were both able to have limited participation in Thursday’s practice. Center A.Q. Shipley is also listed as questionable with an illness and did not practice on Thursday.

On the defensive side of the ball, defensive end Jonathan Bullard was placed on the Injured Reserve list due to a hamstring injury. Strong safety Jalen Thompson is listed as questionable with a concussion. Thompson was able to have limited participation in Thursday’s practice.

Can Kyler Murray get the job done against the Steelers defense?

When first-year head coach Kliff Kingsbury was hired by the Cardinals, the biggest question that surrounded him was if he would draft quarterback Kyler Murray with the first overall pick. As we all know, he did just that and traded Josh Rosen to the Miami Dolphins.

Even though the record may not show it, Murray has had a decent rookie campaign so far as he is 14th in the league in passing with 2,866 yards, 14 touchdowns, and six interceptions. He has also showed some of his dual-threat ability that made him so dangerous at Oklahoma, rushing for 446 yards and four touchdowns so far.

Murray’s top target has been future first-ballot Hall of Fame wide receiver, Larry Fitzgerald, who has caught 61 passes for 649 yards and three touchdowns this season. Fitzgerald is joined by a young wide receiver core that features Christian Kirk and rookies Andy Isabella and KeeSean Johnson.

As far as the running game is concerned, the Cardinals have struggled to establish much as they have dealt with injuries at the running back position this season. Newly acquired Kenyan Drake is listed as the starter and has done a decent job, rushing for 243 yards and a touchdown on 54 carries in his first four games as a Cardinal. He will split carries with David Johnson, who is looking to get back to himself after dealing with injuries for most of the season.

Murray and this young Cardinals offense will be facing a very talented Pittsburgh defense that is currently fifth in the league, allowing 317.2 yards per game and 18.8 points per game.

They are seventh in the league against the pass, allowing 213.5 passing yards per game and 19 total passing touchdowns so far while coming away with 15 interceptions, five of them coming from safety Minkah Fitzpatrick. It also helps that they have the duo of TJ Watt and Bud Dupree rushing the passer, who have combined for 21 total sacks this season. Against the run, they are 12th in the league, allowing 103.7 rushing yards per game and only five rushing touchdowns so far.

Can Arizona’s defense rebound from an embarrassing Week 13 performance?

While their offense has held their own for the most part, this Cardinals defense has been terrible this season. They currently rank dead last in the league, allowing 426.3 yards per game and 29.2 points per game. Their secondary has struggled tremendously as they are the worst ranked passing defense in the league, giving up 307.5 passing yards per game and 31 total touchdowns while only coming away with six interceptions so far.

They continued their struggles last weekend against the Rams as they made Jared Goff look like a Hall of Fame quarterback. Goff put on a clinic against Arizona, throwing for 424 yards, two touchdowns, and zero interceptions. Their struggles against the pass are surprising to me as they still have All-Pro corner back Patrick Peterson along with rookie corner Byron Murphy, who I thought was a first round talent coming out of Washington.

They are joined in the secondary by Jalen Thompson at strong safety and Budda Baker at free safety. If Thompson isn’t able to play due to his injury, rookie Deionte Thompson will fill in for him and should see time in the rotation regardless.

As bad as the Cardinals have been against the pass, they haven’t been much better against the run. They currently rank 24th in the league in run defense, allowing 118.8 rushing yards per game and seven total rushing touchdowns this season.

Their front seven is led by outside linebacker Chandler Jones, who has been a bright spot for this defense as he is third in the league with 13 sacks. He is joined in the linebacker core by former Baltimore Raven Terrell Suggs on the outside with Jordan Hicks and Joe Walker on the insider. Haason Reddick will also see some time in the inside linebacker rotation. In front of them, the defensive line will consist of Corey Peters at nose tackle with Zach Kerr and Rodney Gunter at the defensive ends.

As the Steelers’ confidence is riding high following the huge win over Cleveland, this game could be seen by some as a “trap game”. This Cardinals team can’t be overlooked as they are still a talented team that has nothing to lose at this point in the season. However, this is not a trap that I see the Steelers falling into. Murray and the Cardinals offense will make some plays early to make the game look interesting but the talent of the Steelers will take over as they know what is on the line.

With James Conner being out once again with his shoulder injury, I see this being a huge “Benny Snell Football” game. I think Benny Snell Jr. will have his best game yet, rushing for over 100 yards and at least one touchdown. The struggling Arizona secondary will also allow Devlin “Duck” Hodges to test them down the field and make the key throws to manage this game when asked to.

I have Pittsburgh winning this one 31-14 to stay in the playoff picture.