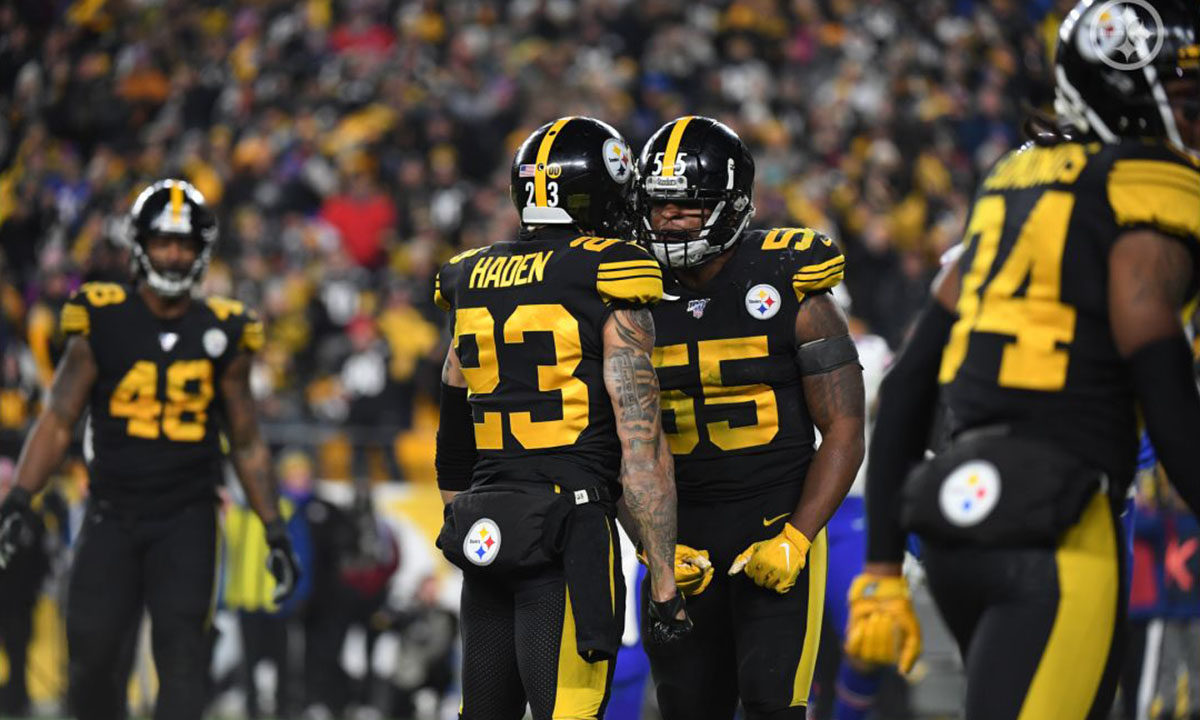 A championship-caliber defense can carry the Steelers into the playoffs

It’s a late-season game at Heinz Field, the defense sits on the field in a close, must-win game when Renegade comes on the jumbotron and the crowd goes wild.

As the song blasts over the loudspeakers, showing highlights of the Steelers defense making play after play in the 2019 season with sacks and turnovers created at an incredible pace, it becomes increasingly apparent how great this unit is. This defense is a championship-level defense, one that can carry a team to and possibly through, the playoffs, if the offense can just do enough.

This Steelers defense is incredible this year. They are first in the league with 35 turnovers created, 19 of those being interceptions. They have already more than doubled last season’s total output of eight interceptions on the year. The addition of Minkah Fitzpatrick, who leads the team with five, has undoubtedly made a huge difference in the secondary. The signing of Steven Nelson has made teams have to throw toward Joe Haden this year and he’s been able to lock down four interceptions thus far.

Perhaps, the biggest factor this year is the continued emergence of TJ Watt who is on a defensive player of the year pace with 13 sacks and countless other game-changing plays to go along with the sudden development of Bud Dupree who has chipped in an additional 9.5 sacks, contributing to the team total of 49 on the year. The way these guys are getting to the quarterback, forcing 16 fumbles along the way, helping the secondary, it’s no wonder this unit is playing at the top of the league.

But it’s not just turnovers. They aren’t giving up yards or big plays very often. They are fifth in the league in total yards allowed and sixth in points per game, allowing just 18.6 points per game to date.

Not only are players like Watt, Dupree, Fitzpatrick, Nelson, and Haden making plays but Cam Heyward and Javon Hargrave upfront are stuffing the run and getting to the opposition and Vince Williams and Devin Bush fly all over the field, impacting the game.

This unit, led by Keith Butler, who nobody trusted the past several years, has emerged into the new Steel Curtain. The team may have lost to the Bills this past week but the defense only gave up 17 points. That number is typically enough to win an NFL game.

Yet this defense expects a lot from itself, specifically knowing the offense isn’t a powerhouse. “Surrender 3” Heyward stated, meaning the defense shouldn’t be giving up late touchdowns, and they expect themselves to “get off the field”. “We felt like we have the defense to not give up touchdowns, at least minimize them to field goals,” said Haden. This defense takes pride in the fact that they don’t give up points, to them, allowing 17 felt like the Bills game was on them.

The reality is, that game was on the offense and the pressure is on this defense each and every week to give up as few points as possible. Even truer, if this offense can drop 20 points, as they will need to coming into this week against the Jets, they should be a good bet to win most games.

As the team looks forward to the last two games of the season, the defense will be ready to carry them. Against the Jets, they’ll get after Sam Darnold and they’ll stuff LeVeon Bell. They’ll give up less than the 18.6 points they’ve been allowing on the year and they’ll come out with a win.

I used to worry about this defense, I don’t anymore. This defense is a top defense in the NFL for a reason. With playmakers all over the field, they change games. They win games. They can carry this team far and they will carry this team to the playoffs. It’s on the offense to do their part because if they can, they’ll be able to ride a championship-caliber defense a long way.