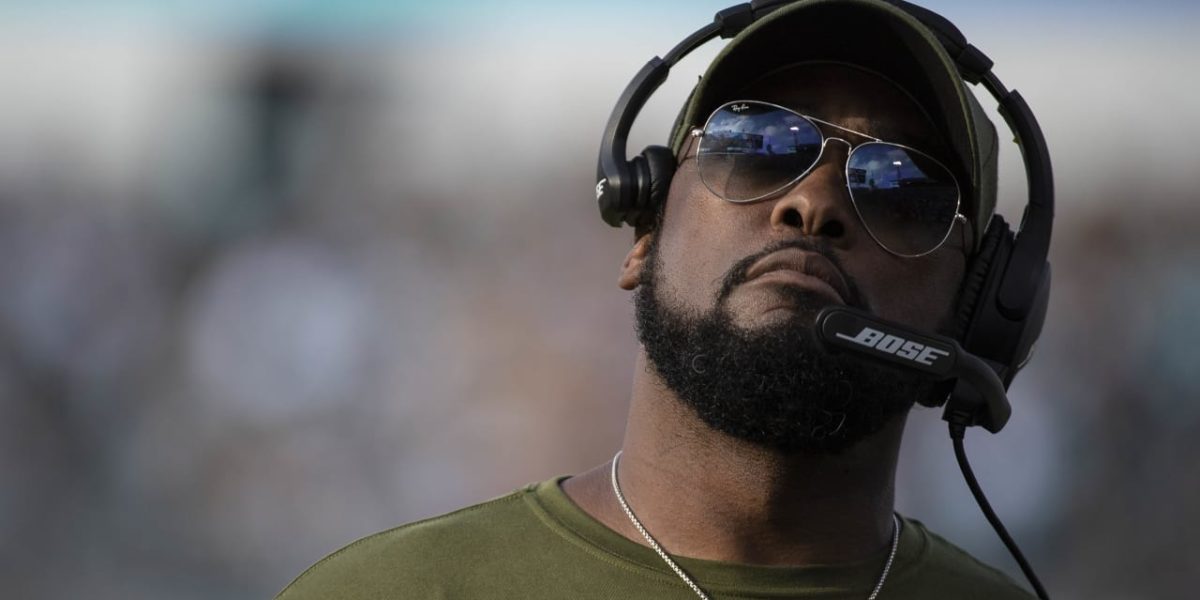 If I had a nickel for every time I saw a so-called Steelers fan ask for Mike Tomlin to be fired I would be a rich man.

I’m not sure what started the calls for Tomlin’s job this past season – one in which the head coach lost several players to injury, including his future Hall of Fame quarterback, and still finished 8-8. That rollercoaster ride of a season saw the Steelers start and finish the year by losing three games in a row.

In the middle of that? Tomlin was being heralded for his efforts and was in the conversation for Coach of the Year.

Now entitled fans, who more than likely only see the Steelers sitting at home during the playoffs, think he should be fired again. It’s borderline lunacy supported by some media narratives and meaningless statistics, such as an 8-7 playoff record and “only winning three playoff games since his last Super Bowl appearance.”

Yet, those numbers are actually great for a head coach. Missing in the muck of such statements is how often Tomlin’s teams won their division (3) or made the playoffs (5 of 9 seasons). Those same type of “fans” will argue about what the Patriots have done under Bill Belichick, but who else has ever done what they have?

The answer is no one.

That’s why it’s only fair to make the right comparisons: and with all of the flack Tomlin has garnered still from his last playoff appearance, a loss in the divisional round to the Jacksonville Jaguars, I found it only fitting to bring up Baltimore Ravens head coach John Harbaugh.

Tomlin opponents say his regular season wins don’t matter: only the postseason. The Jaguars loss stings badly after the Steelers secured a bye in the playoffs with a 13-3 regular season finish, only to fall in their first game.

Mirroring that season is the 2019 Ravens, who capped off a 14-2 season only to exit in their first playoff game by losing to the sixth seed.

Some may think, well that’s not “enough” to make this comparison, but it actually is. Harbaugh’s previous Ravens teams haven’t done so hot either. In fact, they lost at home in the Wild Card round last year to Los Angeles Chargers after failing to make the playoffs for three seasons.

Since winning the Super Bowl in the 2012 season, the Ravens have only made the playoffs in three of the seven following seasons.

Harbaugh’s playoff record during that span?

It sounds eerily familiar and the comparisons only get better. Another gripe about Tomlin is that he “inherited Bill Cowher’s players”. While some of that carryover cannot be denied with core players such as Ben Roethlisberger, Troy Polamalu, Heath Miller, and Hines Ward, quite a few stars were drafted after that never played under Coach Cowher, such as Lawrence Timmons, LaMarr Woodley, Mike Wallace, Maurkice Pouncey, Antonio Brown and more.

Taking over a job with Hall of Fame level talent is a boon to any coach, and Harbaugh isn’t immune from the same criticism. When he took over for previous Ravens head Brian Billick in 2008, Baltimore was stocked with similar Hall of Fame and All-Pro talents such as Ray Lewis, Ed Reed, Marshal Yanda, Haloti Ngata, and Terrell Suggs!

Maybe it’s because I’m glued into the Pittsburgh sports side of things so much, but I tend to never hear that Harbaugh inherited Billick’s players in the same way I do about Tomlin with Cowher.

Through it all he still had the support of ownership and one of the game’s greatest general managers in Ozzie Newsome. The Ravens didn’t waiver in the same way other teams have folded on their coaches around the league and their consistency has paid off; as has the Steelers, showing that patience is sometimes the best path in the NFL when you understand that there’s more to winning in the future than short-term satisfaction.

When “fans” begin to understand the underpinnings of organizations such as the Ravens and Steelers, only then will the calls to fire coaches finally die the death they deserve. I don’t have any delusions that these chants will go away anytime soon, but I can only hope that a better understanding of how things work in the NFL, including how marginal playoff wins over a span of time isn’t indicative of a coach’s overall success, helps quell those thoughts.