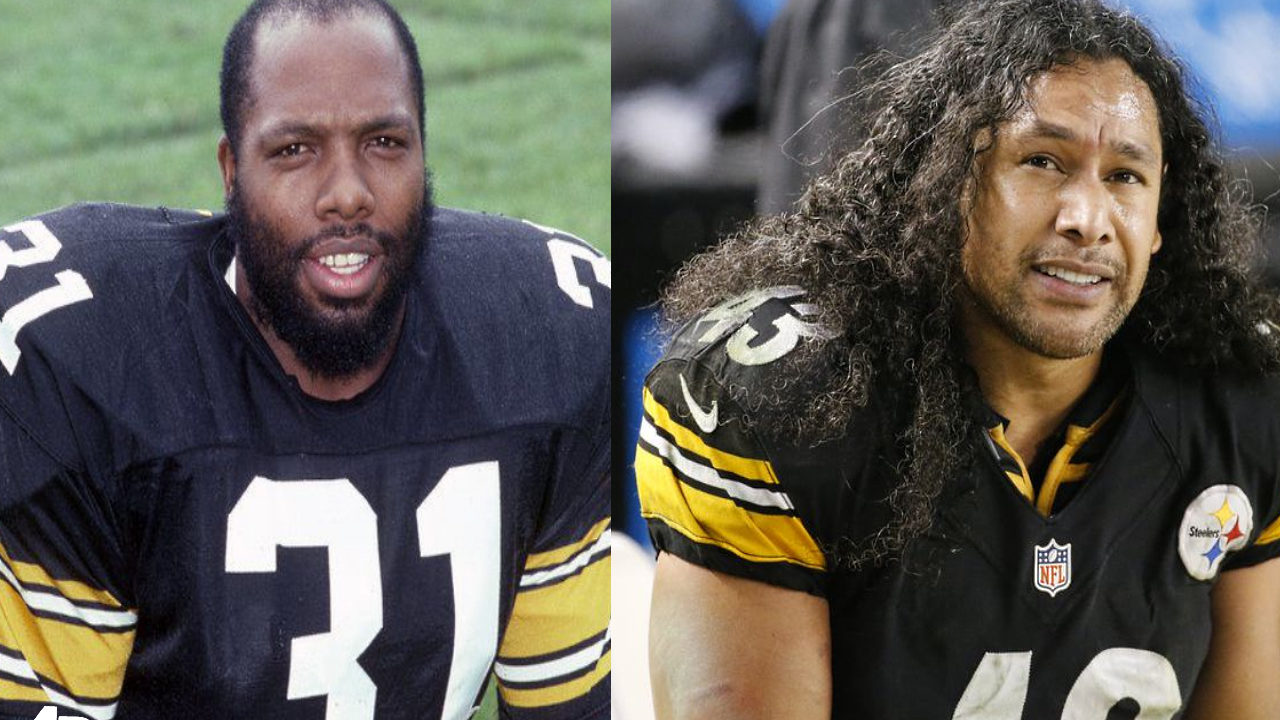 Steelers Throwback Thursday: Two of the best NFL safeties may enter Hall of Fame together

It would be hard to refute the statement that two of the most well-known Pittsburgh Steelers players to play the safety position on defense did not excel at their position. Both Donnie Shell and Troy Polamalu have long been fan-favorites but their style of play has been woven into the fabric of the history of the National Football League. Shell and Polamalu are also highly deserving of their nomination to be inducted into the Pro Football Hall of Fame in Canton, Ohio, in 2020. To celebrate ‘Throwback Thursday’, we look back at the two players’ careers and some of the plays that stand out in Steelers history.

Recognizable due to his long locks of hair that flowed from beneath his helmet as he played like a tomahawk missile on the field, Troy Polamalu was drafted in the first round of the 2003 NFL Draft out of the University of Southern California (USC). A member of two Super Bowl championship teams with the Steelers, Polamalu was named NFL Defensive Player of the Year in 2010 and was an eight-time Pro Bowl player as well as a six-time All-Pro selection.

Former Cincinnati Bengals coach Marvin Lewis once said, of Polamalu, in a press conference, “(Troy) does a great job of studying the opponent… You have to account for him, and you have to understand that if this is something unfolding the way you ran it (before), he’s probably going to beat you to that spot if you don’t get there in a hurry.”

#OTD in #SteelersHistory, #PFHOF20 Finalist @tpolamalu sealed the deal against the Ravens in the 2008 AFC Championship. pic.twitter.com/241tvO2Xpn

“Troy played a great game and showed everyone his heart, his character, and his commitment to his passions in faith and in football,” Ray Horton said of Polamalu in 2007. “This is a player who is an absolute joy. A joy to coach. A joy to have as a teammate.”

Polamalu was inducted into the College Football Hall of Fame in 2019 and also spent time as the Head of Player Relations in the now-defunct Alliance of American Football (AAF). I joined the AAF to help make a difference in the lives of players and their families,” Polamalu Tweeted in December 2018 before the AAF season (Feb. 2019) kicked off. “This is our foundation and what will change the game forever.”

“The best way to earn your respect in this sport is how much you lay it on the line for the guy next to you.”

Polamalu was a bit of a throwback in how he played but also illustrated how teams moving forward might utilize strong safeties that could play like linebackers, as well. He was an elite athlete who showed passion in how he played but was humble and quietly introspective off of the field. Polamalu lived by the idea that there should be stability in life regardless of whether he was jumping the offensive line to make a sack on a field goal kicker, jumping a passing route to make an interception or big-time tackle, or living by the theology that he claimed gave him the strength and joy that made his life complete. “It is all the same to me,” Polamalu said before Super Bowl XLIII. “It is one. I am one with it.”

Shell didn’t get into the NFL the way Polamalu and a lot of other players have. The Whitmire, South Carolina native, played his college football at South Carolina State University. After earning All-Americans and All-Conference honors, Shell went undrafted but the Pittsburgh Steelers saw something special in him and it paid off for all parties involved. A member of the famed ‘Steel Curtain’ defense, Shell played his entire professional football career (14 seasons, 1974-1987).

As a strong safety, Shell started 11 consecutive seasons for Pittsburgh and was selected to the Steelers’ All-Time Team, the College Football Hall of Fame, and to the NFL Silver Anniversary Super Bowl team after playing in 201 pro games and finishing his career with four Super Bowl championships, five Pro Bowl selections, and an amazing 51 interceptions.

Shell has long been considered a player the Pro Football Hall of Fame selection committee ‘snubbed’ or overlooked. When he is inducted as a member of 2020’s NFL “Centennial Class” in Canton, Shell will be the tenth player from the “Super Steelers” teams that grabbed four NFL championships in six seasons. His inclusion is long overdue. If you’re unsure, ask his former teammates and die-hard Steelers fans who’ve been calling for his induction for years… or just read what Shell himself had to say.

“I had confidence and faith that they would make the right decision,” Shell said recently after being informed he’d be inducted. “I think all the numbers were there. Got to keep praying and trusting and I never lost my confidence… It’s like we (Joe Greene, Mel Blount, Franco Harris, John Stallworth, Tony Dungy) were on the field together again. It was like them saying, ‘Hey, I’ve got your back.” Indeed, the men mentioned were some of the most vocal advocates for Shell’s worthiness for induction into the Hall of Fame.

"He was a game changer."@francoharrishof on Donnie Shell, a Finalist for enshrinement in the @ProFootballHOF as part of a special Centennial Class of 2020. pic.twitter.com/R6HmcMUDYN

"Donnie was a splash play kind of guy.”

John Stallworth on Donnie Shell, a Finalist for enshrinement in the @ProFootballHOF as part of a special Centennial Class of 2020. pic.twitter.com/i5wf8W1PQC

While Shell is a lock due to the NFL’s special “Centennial Class”, Polamalu is a finalist and must wait to see if he’ll enter the Hall of Fame as a first-ballot nominee or not. There is a very real possibility that both Polamalu and Shell, two of the NFL’s best safeties, will enter – together – in 2020.