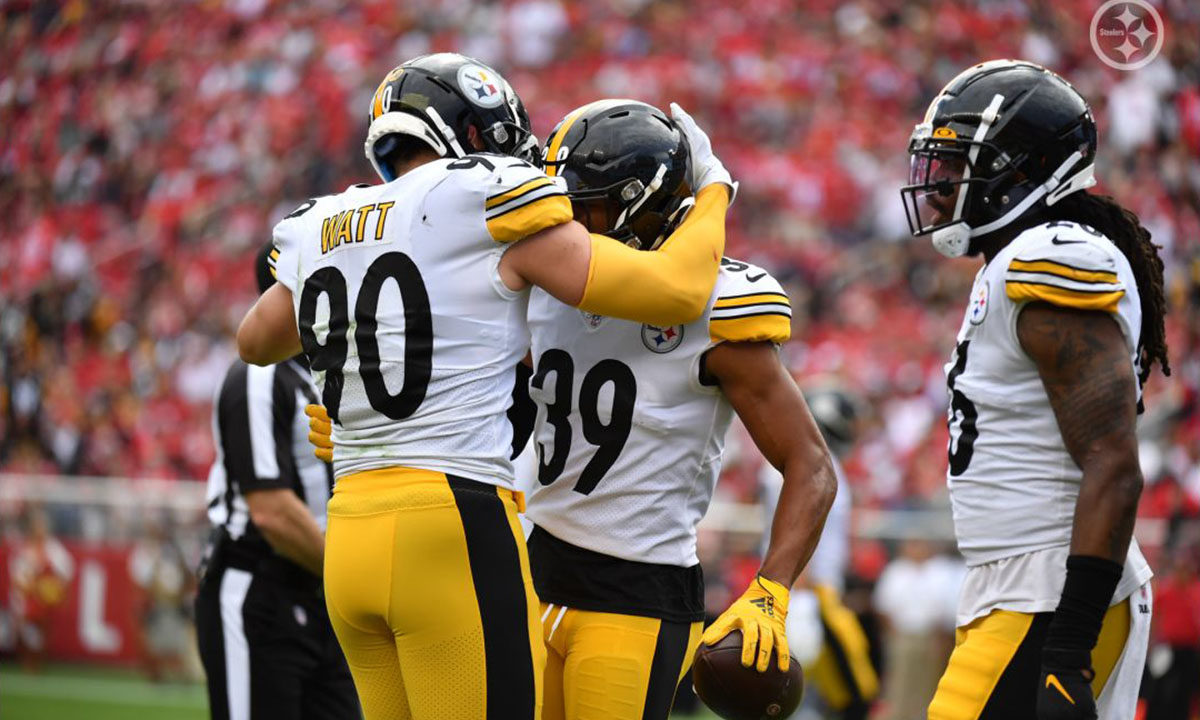 With the Pro Bowl right around the corner it’s time to take a look at which Steelers stood out and earned the honor of playing in the NFL’s version of an “All-Star” game this Sunday in Orlando, Florida.

According to Teresa Varley with Steelers.com, this is the 19th straight season the Steelers are sending multiple players to the Pro Bowl, and the 28th time in the last 31 seasons. It’s the fourth straight Pro Bowl the team has had at least five players selected.

Here are those five players, plus one alternate recently named to the team, totaling six Steelers playing in Sunday’s Pro Bowl.

Perennial players in this game, Pouncey is the only Steelers offensive lineman who was named a starter in this season’s game, as David DeCastro was named to the team but not with the same distinction as in year’s passed.

The honor is a big one for both men as offensive line duties often get overlooked by casual fans. Each, Pouncey and DeCastro, are considering among the best at their position in the league and getting to play in this game acknowledges such.

Our favorite “Grown Ass Man” is beginning to be a perennial Pro Bowl pick himself!

Heyward wasn’t always highly thought of and was snubbed for the Pro Bowl honors multiple times, including only being named to the team as an ALTERNATE in the same season he was first named an All-Pro: that was in 2017 when Cam led the Steelers with 12.0 sacks.

This season he makes his third Pro Bowl appearance following a nine-sack season in which Pro Football Focus named his the league’s second-highest rated defensive player, behind only Aaron Donald of the Los Angeles Rams.

Obviously if one is in contention for NFL Defensive Player of the Year, they should naturally be named to the Pro Bowl, right?

Watt was also named to his first All-Pro team after leading the Steelers with 14.5 sacks.

The Steelers may have gotten the steal of the century when they traded a first-round draft pick with the Miami Dolphins in the third week of the season.

Fitzpatrick, a second-year pro, was also named to not only his first Pro Bowl, but also his first All-Pro team after picking off five passes and scoring two defensive touchdowns after joining the Steelers.

He joins Heyward and Watt as three All-Pro’s from Pittsburgh for the 2019 season.

Formerly a perennial Pro Bowler with the Cleveland Browns, Haden is returning to the AFC’s All-Star side for the first time as a Steeler following a shutdown year where the cornerback not only regained his previous form, but smashed expectations following a contract extension.

The risk was worth the reward for the Steelers, who still saw potential in the former first-round pick who was dumped by Cleveland.

Haden had a stellar season with five interceptions. He joins the Pro Bowl as an alternate, playing in place of Ravens CB Marcus Peters.