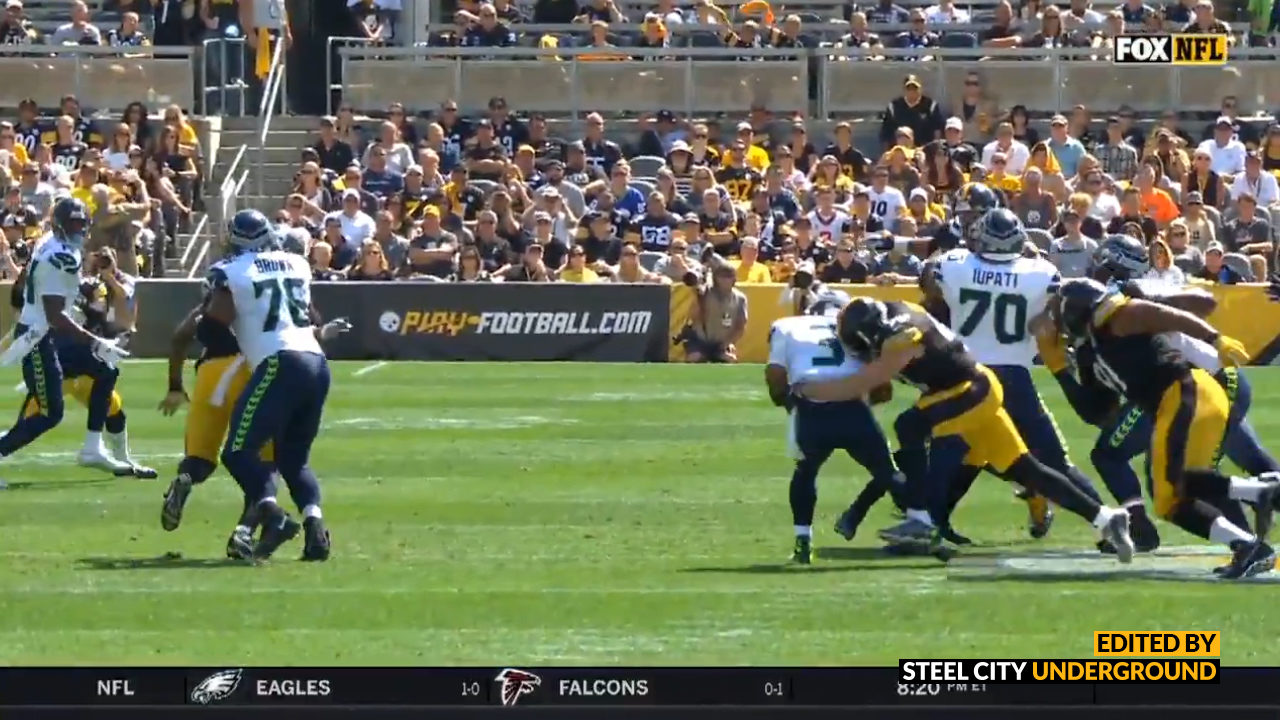 The Steelers defense flashed promise at the start of the Steelers-Seahawks game during the second week of the NFL’s 2019 season. If we only knew then what we know now about how they would turn out this season!

Defensive Player of the Year candidate T.J. Watt showed up in every game this past season, including this Week 2 clash that saw the Steelers start with the ball and go three-and-out.

Facing their own 3rd-and-8, the Seahawks were seeking their first points of the game while simultaneously, the Steelers were looking for their own spark.

That spark would be provided by LB T.J. Watt, who simply out-finesses his opposition to get to Seattle QB Russell Wilson.

The Seahawks would be forced to punt the ball back, in what would be a scoreless first quarter. At the end, however, Pittsburgh would fall to a final score of 28-26 and fall to 0-2 on the season.

As for Watt, this was his first sack of the 2019 season. He would go on to accumulate a whopping career-high with 14.5 quarterback sacks throughout the remainder of the year.