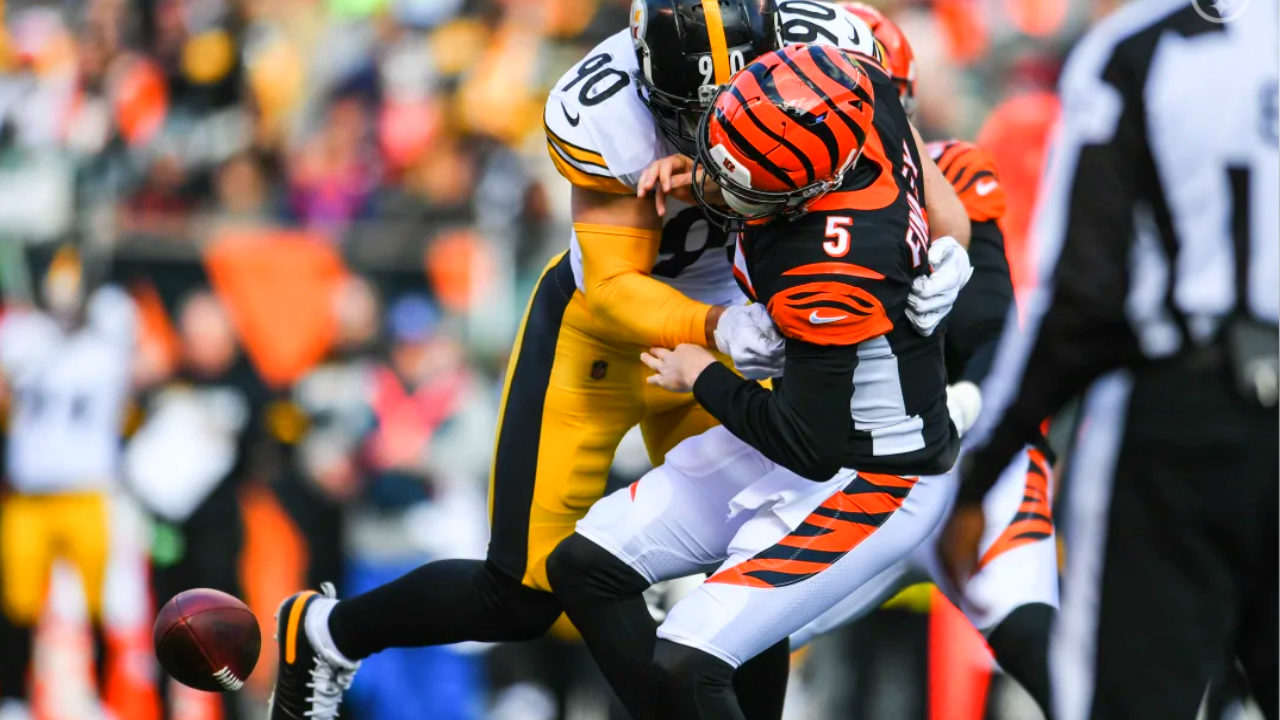 Revisiting why T.J. Watt should be the NFL’s 2019 Defensive Player of the Year

It was just a few years ago that Pittsburgh fans were concerned that the Steelers drafted one, TJ Watt, too early in the 2017 draft or that they took him because of his last name. Little did anyone know that in his 3rd year in the NFL, the star outside linebacker would be considered for the Defensive Player of the Year Award and a frontrunner. TJ was invited to the NFL Honors Ceremony this Saturday, February 1st where they will give out the awards for the NFL 2019 season.

The 2019-2020 season is almost over but the case for NFL awards this season have been made. For some awards, it seems like a virtual lock for certain players, like Lamar Jackson for the overall MVP. For others, there is continued discussion on who could win, like the Defensive Player of the Year Award (DPOY). Players like cornerback Stephon Gilmore of the New England Patriots, defensive tackle Aaron Donald of the Los Angeles Rams, and linebacker T.J. Watt of the Pittsburgh Steelers, are in heavy discussion to win.

The NFL Defensive Player of the Year Award has been given out by multiple media sources but the most recent and frequent source (and often seen as the official source) has been the Associated Press. They started the award in 1971 with Alan Page, defensive tackle of the Minnesota Vikings winning the first AP NFL Defensive Player of the Year Award. Since then, 22 of the DPOY awards have gone to defensive linemen (13 to defensive ends and 9 to defensive tackles), 16 to linebackers, and 10 to secondary athletes (5 to safeties and 5 to cornerbacks). Lawrence Taylor and J.J. Watt have each won the award three individual times, the most out of any individual athlete. The last five DPOY awards have gone to defensive linemen (Aaron Donald x2, Khalil Mack, and J.J. Watt x2); six of the last seven have been defensive linemen.

The winner is decided by a panel of 50 sportswriter voters who regularly cover the NFL. There are no exact criteria for what a player needs to do to win this award, but it has most often been associated with stats in addition to how flashy their season has been or how appealing their on-field play is to the eye.

So, why should T.J. Watt win this award in for the 2019 NFL regular season?

Let’s start with tackles. Watt’s tackle numbers are not overly impressive; he has 50 total and 31 solo going into the final week of the season, but that’s not the strength and impact Watt has on each game. He does, however, have the ninth-most tackles for loss in the league.

Watt has 14.5 sacks on the season, a number not as close to 20 where previous winners have won, but still logged the fourth-most (tied) in the league where the other players are not in the DPOY discussion. Watt is second in the league for forced fumbles and tied for second in fumble recoveries. He has two interceptions, where there are only six linebackers that have more interceptions on the season.

When you start to look past the statistics and start looking to the intangibles, there is no question regarding the impact Watt has had for this Steelers team this season. I do not need to tell you the number of game-changing plays Watt has had and how he has single-handedly shifted multiple games for the Pittsburgh Steelers. The number of holding calls he has drawn (due to offenses being unable to contain him) and even more, the number of holding penalties that should have been called, shows just how disruptive Watt has been to opponents.

I think Steelers fans can all agree that a few games this season would not have been won without his level of play on the field.

Currently, voters and media members are looking heavily at Gilmore, then Donald and Watt going into the final week of the 2019-2020 season. Gilmore and Watt have likely pulled away with their play on the field the last few weeks of the regular season; but Donald is a perennial favorite, especially since he won the last two DPOY awards (2017-18, 2018-19 regular seasons).

The last time a cornerback won the award was in 2009 (Charles Woodson) so Gilmore may have voting history against him.

The fact that Watt has had such a standout season should make a vote for him to win the DPOY an easy one.

(This year’s NFL Defensive Player of the Year Award will be presented this week, the day before the Super Bowl.)