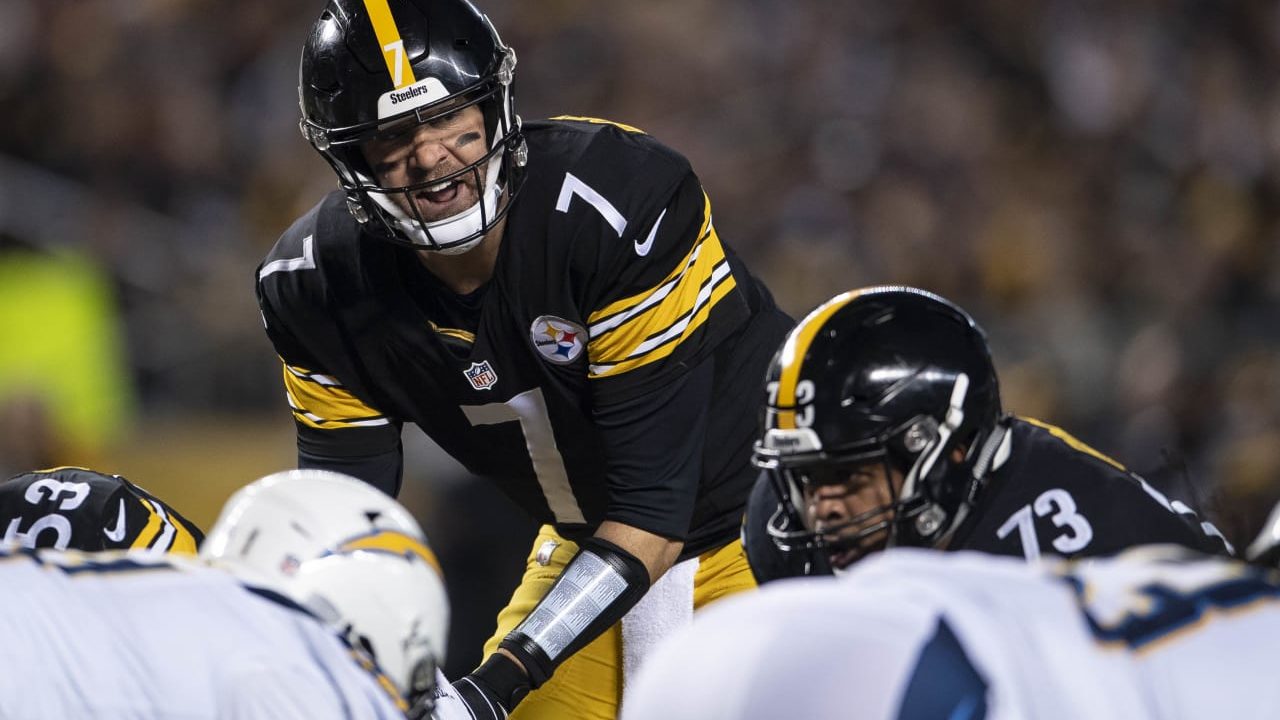 Call it “what have you done for me lately?” – there’s a segment of Steelers Nation that believes the organization should move on from Ben Roethlisberger this offseason.

I’m not sure what the fracas is about, to be honest. I understand that Big Ben missed all but a game and a half of last season. I also understand he’s due a boatload of money on his contract.

I get that the Steelers quarterback play was subpar in 2019, and they not only missed the postseason last year, but in each of the last two seasons.

So, does it make sense to move on from a player who brought you two Super Bowl trophies, got you to another Super Bowl appearance and holds pretty much every meaningful passing statistic in franchise history as well as being one of the all-time greats to play the position in the entire league?

I would argue no. However, the portion of fans who believe the Steelers need to move on from Ben Roethlisberger appear to also have made a few generalizations in doing so. First, they see that Ben has been injured and fear he may not return to full form.

That we cannot speculate on at this moment, as the quarterback is still rehabbing from an elbow injury sustained last Fall.

Next, I believe these fans see the other top passers from Ben’s draft class, Eli Manning and Philip Rivers, moving on from their teams. Manning retired and the Chargers have publicly stated they are parting ways with their franchise QB.

There are a few problems with that line of thinking, however.

Unlike the Steelers, the Giants and Chargers have both undergone dramatic changes to their organizations. Each has made coaching changes over the years while the Steelers have stood pat. Also, the Chargers literally moved from San Diego, to Los Angeles, a transition which has been tough on both the team and its players.

Also consider that Manning (39) and Rivers (38) are both older than Roethlisberger (37). I believe there’s some guilt by association by those who think Big Ben is “too old”. That is simply untrue, as Ben turns 38 in March while Rivers will be 39 by the end of this year. (Eli turns the ripe age of 40 less than two week following Rivers.)

Another misconception is that a bunch of capable quarterbacks are hitting free agency this offseason and the Steelers could simply swap out Roethlisberger for one of these other adequate names.

The problem with that?

A total misunderstanding that the Steelers operate under a salary cap (and have little space to work as it is right now.)

Some think that cutting Ben will save the team his $33.5 million cap number in 2020; with the savings going toward retaining the team’s other impending free agents such as Bud Dupree, or Javon Hargrave.

Unfortunately, it’s not as if the Steelers are the Pirates and simply don’t spend the money. They are the opposite: with $1.5 million in projected free space at the time of this writing (according to https://overthecap.com/.)

According to OTC’s numbers, the Steelers would take a $25 million cap hit, or “dead money”, by releasing Ben prior to June 1st.

Available free agent quarterbacks – and what they cost

The quality of quarterback you’re likely to see signed for that figure or lesser are names such as Ryan Fitzpatrick ($8.0m), Tyrod Taylor ($7.5m) or Brian Hoyer ($5.0m). Now consider all three of those quarterbacks are earning that as backups.

It’s not likely that some of the other carrots dangled for free agency will be available either. I don’t expect teams such as the Saints to move on from Drew Brees (or even Teddy Bridgewater, if they can afford to keep him) or the Titans to not make an offer to Ryan Tannehill, who had a career resurgence and led that team to the playoffs.

Tom Brady is flirting with hitting the market but that’s likely to set his price for a return to the Patriots.

That leaves an older, expensive Philip Rivers as the primary target for a Steelers team who already can’t afford him. Others in the mix could include Jameis Winston and Marcus Mariota, the top two picks of the 2015 NFL Draft who have fallen out of favor with their current franchises.

Would you feel comfortable with those players over Ben Roethlisberger? I wouldn’t.

Other naysayers presume the Steelers could simply snatch up one of these names to backup Ben, but their salaries would indicate otherwise.

Drafting a QB? Also not an ideal situation!

The other option being floated around, of course, is to draft a quarterback.

One recently released mock draft has as many as five quarterbacks being selected in the first round of this year’s draft: it should be noted that not only is there no guarantee of success for a player taken in the first round (see Winston/Mariota above) but the salaries tied to such a pick are more than the Steelers have in cap room.

Oh, and don’t let me forget to mention that the Steelers do not have a first round pick in this draft!

Would you feel better about taking the 6th or 7th best quarterback prospect with one of the Steelers few “higher” draft picks all for the sake of moving on from and/or replacing Roethlisberger?

If you say yes, and think that will be an overnight sensation, I would like to point you in the direction of Exhibit A: Mason Rudolph, who was the sixth quarterback selected in the 2018 NFL Draft (third round) by the Steelers. (Note: Baker Mayfield, Sam Darnold, Josh Allen, Josh Rosen, and Lamar Jackson were the five players taken ahead of Rudolph, all in the first round of the same draft.)

I won’t write Rudolph off just yet, but as we saw in 2019, even a second-year player with a high college pedigree doesn’t translate into an overnight success.

Oh, and let’s not forget: those top picks still earn a decent wage as well. Mayfield is set to earn $8.9m this season, Darnold $8.2m and last year’s first over all pick Kyler Murray? A cool $7.9m.

Denver Broncos second round pick Drew Lock would even eat the remaining Steelers cap space with his $1.6m salary – I wouldn’t gamble with a later pick and eating up money needed for other players, but that’s just me wearing my GM cap!

Yet, all of the above leaves me scratching my head as to why anyone would want to move on from Roethlisberger? I understand that Big Ben won’t play forever, but it’s not time to send him off to pasture either.

At the very worst, Ben isn’t as good as he once was. He can be a stop-gap to get Rudolph – or whoever the next guy is, up to speed.

Even if Ben has a “noodle arm” like Peyton Manning did in his last season, operating as a savvy veteran “game manager” is precisely how the Broncos utilized Manning, along with a stifling defense, to win their last Super Bowl title.

Defense is all the rage in Pittsburgh these days and the storylines could parallel one another with Ben managing to get his team in contention at least one more time, even if he’s not throwing for