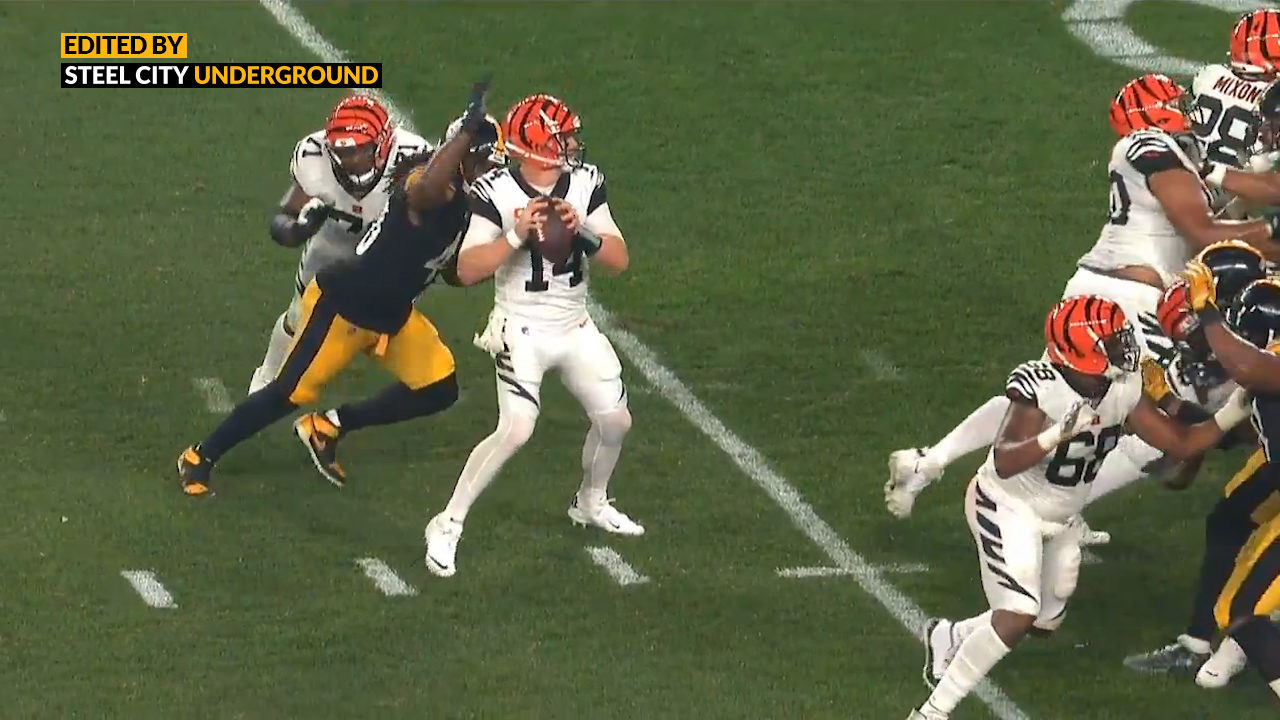 While the entire 2019 season was a coming out party for Steelers LB Bud Dupree, the entire picture was far from complete when the team hosted the Cincinnati Bengals during Week 4.

The Steelers picture was also incomplete, painted as a team in trouble. Both franchises entered the game with 0-3 records, Pittsburgh appearing to be in the worst shape of the two as they placed starting quarterback Ben Roethlisberger on IR a week earlier.

As such, the game unfolded as a an uneventful slugfest with neither offense being capable of putting up points. With just under six minutes remaining before halftime, the Steelers were clinging to a 7-3 lead while the Bengals were driving down to the redzone, to attempt to put up points and potentially go ahead before the close of the second quarter.

Positioned on their 18-yard line, the Bengals line up with their receivers stacked to the bottom of the screen, poised to put up points and potentially take the lead.

However, Steelers linebacker Bud Dupree had another idea.

Dupree sweeps in and strips Andy Dalton of the football, which is then quickly scooped up by T.J. Watt. The turnover would keep the Bengals off of the board, unable to score since putting up the first three points of the game.

The Steelers, on the other hand, would score 27 unanswered points on their way to their first win of the 2019 season, by a final tally of 27-3.