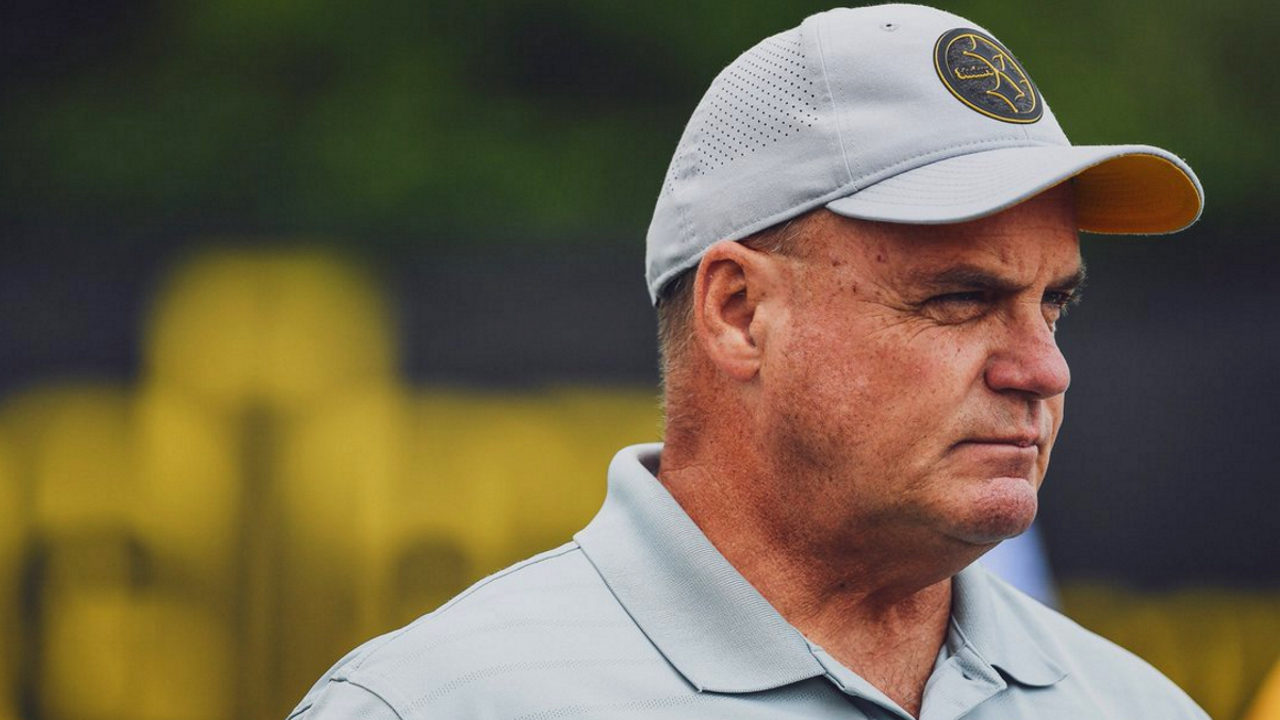 The Steelers, Colbert continue to keep insights close to the vest during NFL Combine

With the 2020 NFL Scouting Combine underway, Pittsburgh Steelers general manager Kevin Colbert has addressed some questions regarding the plans the team has for their upcoming season but he’s also proven that he likes to play some information by keeping it close to the vest. Steelers Nation is waiting for a tip, a potential release of information about potential visits from players, or even for a ‘tell’ from Colbert, Mike Tomlin, and the Steelers. They shouldn’t expect one, even if Draft Twitter fuels a firestorm of speculation.

While Colbert did make statements about the quarterback situation in Pittsburgh, one of the reasons he and the Steelers have shown success during the NFL Draft has been because they’re not openly vocal about who may join their team, regardless of player visits, interviews, and dinners. In the past two years, there have been big-name players that popped up on the radar as having had a sit-down with the Steelers (see Chase Winovich, who ended up with the New England Patriots) that were never called by Pittsburgh’s team in the war room.

And if Michigan linebacker Josh Uche’s statements shared by Joe Rutter of TribLive got you all-in on the Steelers zeroing their scopes, you might want to slow your roll. Colbert and the Steelers are looking to do their due diligence (to use a common phrase among the organization) to decide whether or not Bud Dupree will be tagged (franchise or transition, deadline March 10) or if they’ll come to a different understanding. “Bud created a great decision for us because he had a great season, and that’s exciting,” Colbert said from the Combine. “He’s getting a feel for what a market would be, we’re getting a feel for what a market… our cap would be.”

“We want Bud Dupree to finish his career with the Pittsburgh Steelers.” – Kevin Colbert

Although Colbert has affirmed that outside linebacker is a position of strength in this 2020 draft class, the team has shown that when they’ve used a franchise tag on a player it has been utilized as a way to negotiate a long-term deal or agreement. They attempted to come to terms with Le’Veon Bell but weren’t able, in the end, to find common ground; that led to Bell and the Steelers parting ways. And regardless of how strong a position in the draft class is (running back, quarterback, tight end, etc), the Steelers do not have the luxury of a first-round pick and aren’t expected to pursue a pass rusher with the No. 49 overall pick even if Mel Kiper thinks Uche looks like a Steeler and Uche got a chance to talk with the Steelers about what they’re looking for in a player at his position.

Thoughts about the Steelers hunting for a quarterback have been quashed for the most part. Colbert was clear that he is encouraged by the progress veteran Ben Roethlisberger has made post-surgery to his throwing arm. In fact, Colbert expressed he feels ‘Big Ben’ might come back renewed. “He had the surgery, he going to do the rehab as prescribed,” Colbert said, “and I think he’ll come back hungrier. He wants to prove that he’s not done.”

.@missi_matthews caught up with GM Kevin Colbert at the #NFLCombine to discuss the progress of Ben Roethlisberger & Stephon Tuitt, Bud Dupree's free agency status, pushing the Combine to primetime, and more. pic.twitter.com/oUUp80d5lc

Still, there are fans that are clamoring for the Steelers to look outside the organization for a veteran quarterback, and even asking Bob Labriola of Steelers.com if he thinks the team with grab a free agent or use a draft pick on a ‘QB’. And no one answered quite as well as Labriola did:

“The five quarterbacks the Steelers take to training camp will be the five currently under contract to the team – Ben Roethlisberger, Mason Rudolph, Devlin Hodges, Paxton Lynch, and J.T. Barrett – I have been consistent in expressing that the Steelers will not sign a veteran quarterback this offseason… Can we please be done with this now?”

Colbert and the entire Steelers organization have been informally meeting with players. They’ve been setting up formal meetings as well. Boise State OLB Curtis Weaver reported he’ll meet with the Steelers Friday and Florida State running back Cam Akers is allegedly also set for a formal meeting. What does that mean?

It doesn’t really mean anything, necessarily, other than the fact that Colbert and Co. are looking to fortify their 2020-21 roster in such a way that they’ve thoroughly examined players of interest, looked at players that other teams may overlook, in order to take a serious run at a Super Bowl championship this upcoming season. They’ll play that information close to the vest because you can count on the organization having moves in mind long before the Draft even occurs and they show their hands. One thing they’re not going to do is completely gut the current roster to come up with a magical amount of money to make an amazing reach on a player (or more) that might get them there.