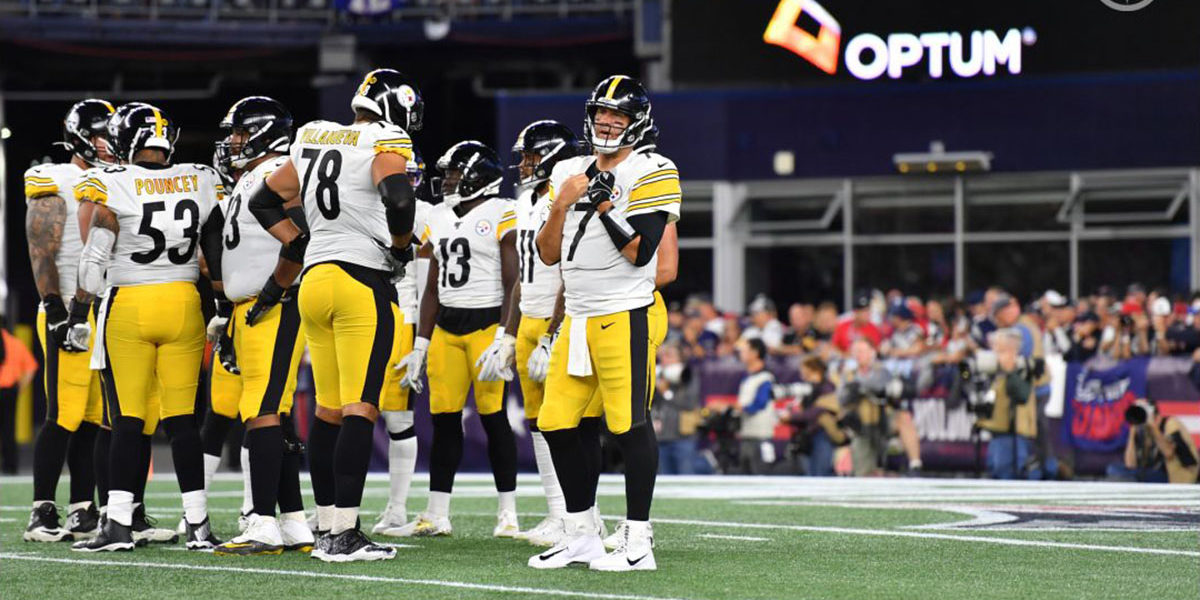 2019 Recall: Steelers embarrassed in every phase of football in opener at New England

I almost wanted to skip over reviewing this game, but it wouldn’t have been fair to do so.

The game, if you call it that, was the Steelers opening week matchup against the defending Super Bowl Champion New England Patriots, played at Foxboro and for national television audiences to see on Sunday Night Football.

That’s the part that really stings, as many of us here at SCU predicted a slow start for the Steelers; that’s because September football often looks like an extension of the preseason, but that statement couldn’t have been any truer than this game, in which the Steelers lost to the Patriots 33-3.

Pittsburgh wouldn’t get on the board until the third quarter, with their best drive of the evening, an 11-play, 69-yard series which ended with Mike Tomlin taking the points instead of going for it at the New England 1.

That Chris Boswell field goal would be the only score for the Steelers on a night where everything looked awful. The offense punted four straight times, turned the ball over on downs at midfield and took a knee to end their first half, as those six drives totaled a whopping 77 yards.

The remainder of the game wouldn’t be much better, with Ben Roethlisberger unable to connect with anyone (including Donte Moncrief, who unofficially dropped four passes including a key third down drop which would’ve sustained a drive).

In fact, the only highlight from either side of the ball is a penalty, that is so comically bad it was embarrassing at the time (but can be laughed at now… or so I think?) That also happened after the Steelers faced a scare by losing their starting center, Maurkice Pouncey, who left the field as his backup B.J. Finney took over.

Even the referees were in on the joke that the Steelers were this evening, with the official NFL gamebook listing the play as spoken by head referee Clete Blakeman:

In all it was an exclamation point on a failure to execute for the Steelers, who were supposed to be contenders but looked like pretenders. Roethlisberger completed a miserable 27 of his 47 pass attempts as the franchise abandoned the run after falling behind 20-0 early.

The defense, which tried to disrupt Tom Brady but only sacked him once (by Bud Dupree) were somewhat shell shocked as well when starting safety Sean Davis left the field for Kameron Kelly, fresh from the AAF and a surprise to make the regular season roster days earlier.

The Steelers were either looking for safety help, or someone else in the secondary (cough, Mike Hilton) blew an assignment and/or didn’t communicate with Kelly, leading to several big Patriots plays.

However, there were some high spots, as the defense forced a clutch 3-and-out in the second quarter, plus held the Patriots to only field goals in other critical moments. Overall, they were setup for failure by the offense, which failed to put together any meaningful drives to help keep New England’s offense from getting the ball back.

Yet, the final result was a drubbing by a team that had mostly had their way with the Steelers over the course of the last decade. It set the season off on a bad note that wouldn’t go away for most of 2019 as Pittsburgh fell to 0-1 and would have to wait awhile until they would get their first victory of 2017.