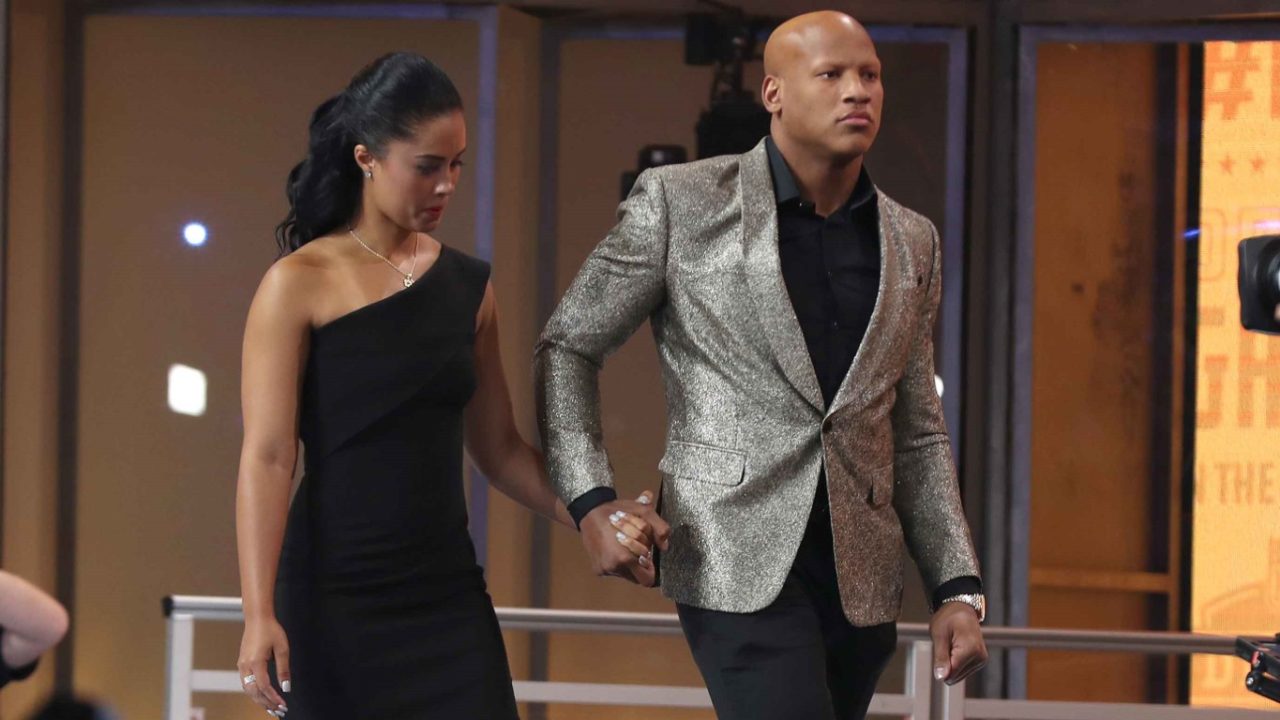 Since we’re still wrapping up things from the 2020 NFL Draft, we thought it’d be a great opportunity to look back at one of the most memorable Pittsburgh Steelers draft moments in the history of the team. Five months after an injury left one of the Steelers’ fan-favorites paralyzed, he walked onto the stage to announce the Steelers’ first-round pick in the 2018 NFL Draft, Terrell Edmunds. Yes, we’re talking about Ryan Shazier.

Shazier suffered a spinal cord injury while making an awkward tackle in the Steelers’ Week 13 game against the Cincinnati Bengals during the 2017 NFL regular season. The young star linebacker grabbed his back after tackling wide receiver Josh Malone but could not get up. Steelers Nation held their collective breath, as did every player, coach, and staff member in the stadium that day.

Shazier got medical care, treatment, and a lot of support. It was his inner strength that allowed him to get in condition to be able to sit in a wheelchair and join his teammates in January 2018.

I want to thank the Lord for the first downs that he has been allowing me to achieve. The touchdown is going to come in his timing, but today was a first down. I was finally able to make it to practice with my teammates. It’s great to be back for practices and meetings. Just to be able to feel a part of it means the world. So I’m working harder than I ever have to get back. Ive been making strides over the past month and continue to make progress. Taking it day-by-day, but I’m far from done. The Lord has not finished his work yet. I want to say thank you to the fans and Steelers Nation for the prayers. If it wasn’t for my family, friends and your prayers I wouldn’t be were I am now. They have lifted me and my family through this journey and I ask for you to continue praying for me, as I continue to work daily on improving my health. #Shalieve#Steelers#prayfor50

Then, on a spring day just five months after the initial injury, Shazier took his (then) fiance’s hand (he would later marry Michelle Rodriguez on May 3, 2019) and allowed her to help him walk across the stage in front of the crowd gathered for the NFL Draft on April 26, 2018. Shazier announced that the Pittsburgh Steelers were selecting Virginia Tech safety Terrell Edmunds with their first pick.

Shazier’s entrance was met by encouragement and cheers from fans of every NFL team who were in attendance that night. The moment was so emotional that many NFL and Steelers fans were in tears. Edmunds and Shazier embraced and then joined Roger Goodell in a photo opportunity.

I’m truly blessed and humbled from all the prayers, love, and support that I have received . This is what keeps me going. Just continue to #Shalieve pic.twitter.com/p1kAZfG8xT

In March, shortly before the official start of the 2020 league year, Steelers general manager Kevin Colbert confirmed an official announcement that Shazier had retired from the NFL and that the team had placed him on the Reserve/Retired List.

“Ryan’s placement on the Reserve/Retired List serves as a matter of protocol to ensure his continued inclusion within our organization moving forward in his professional career,” Colbert said in the statement.

So, this Thursday, we remember the remarkable accomplishments Ryan has made on and off of the field and hope that Steelers Nation continues the #Shalieve movement as long as possible for him and his family.