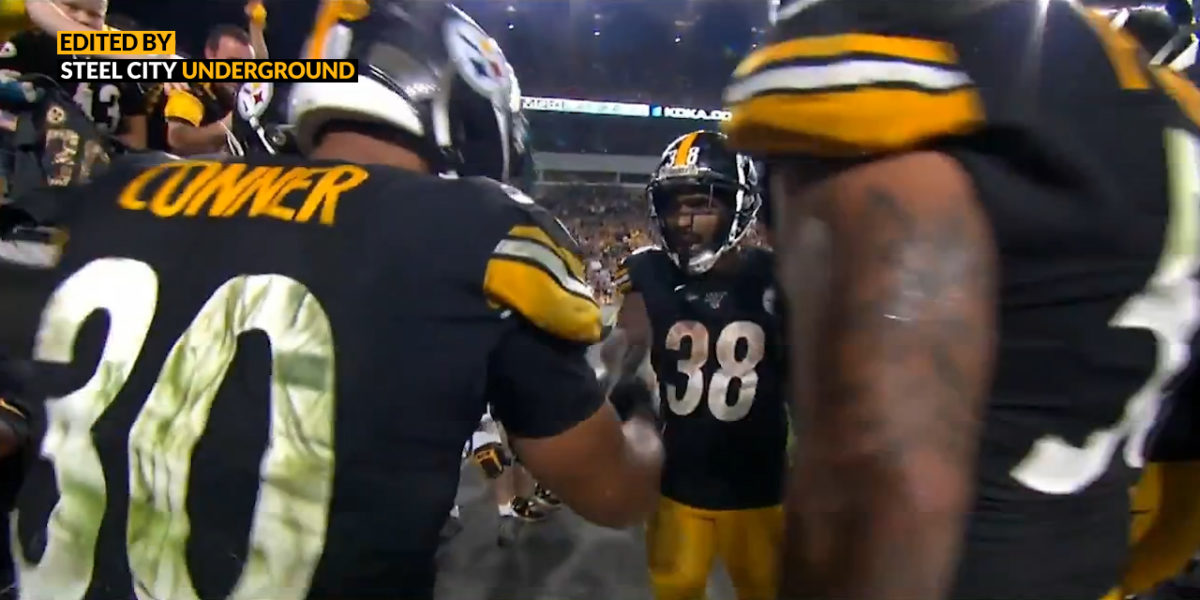 In front of a national audience, the Pittsburgh Steelers entered Heinz Field to face the Cincinnati Bengals during Week 5 with one thing on their mind: redemption.

After going 0-3, the Steelers and Bengals were both in the hunt for their first win of the 2019-20 NFL regular season.

With the defense making some great plays, Randy Fichtner finally threw out the old playbook (or so it seemed) in favor of plays that would take advantage of the skills of his young offensive players. While Mason Rudolph looked comfortable throughout the game, it was stellar play by Jaylen Samuels and James Conner that really stood out offensively for Pittsburgh.

Having worked in jet sweeps and wildcat formations, Pittsburgh was ahead 10-3 at the half. In the opening series of the second half, the Steelers would go on an eight-play, 80-yard drive that featured a pass from Samuels to Conner that got the attention of Steelers Nation.

With Rudolph lined up wide left, Samuels took the direct snap from the shotgun as Conner crossed to the right. Conner took the short pass and utilized the blocking in front of him, breaking tackles and juking for a hard-fought 21 yards. Conner looked like he might make it into the end zone but was brought down at the Cincinnati two-yard line.

Just one play later, Samuels would take the direct snap again and bounce into the end zone for a touchdown.

The successful Chris Boswell PAT put the Steelers up, 17-3 over the Bengals on their way to a 27-3 victory: their first of the season.