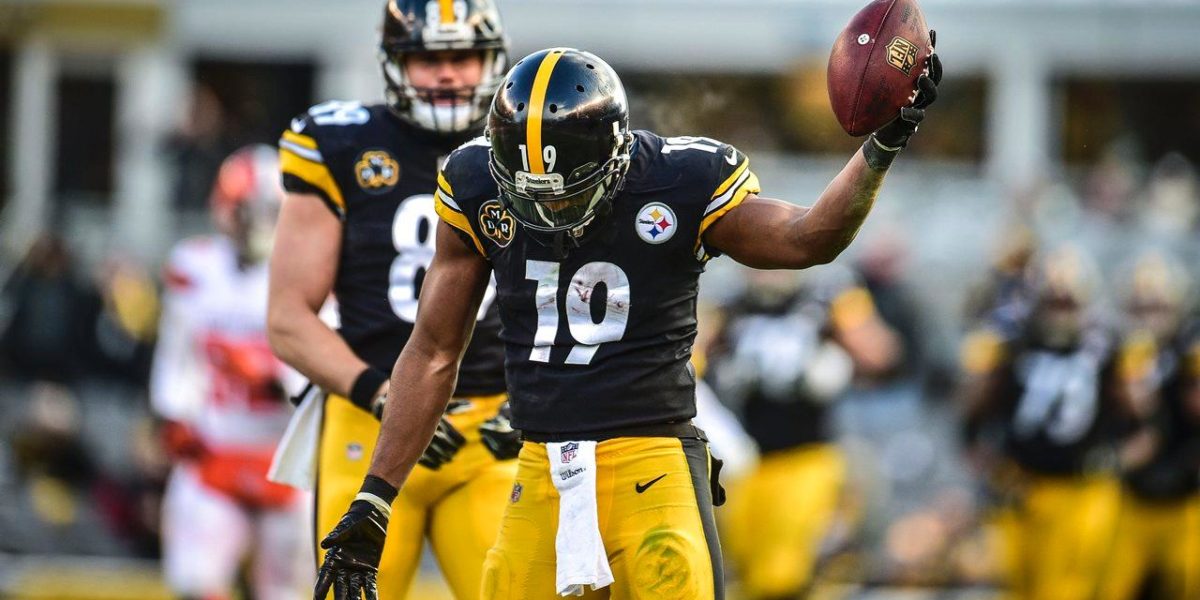 Another early look at the Steelers 2020 offensive depth chart

With the 2020 NFL Draft now in our rearview mirror, I thought it might be a good time to take a look at the Steelers offense and see what their depth chart looks like – this may give us a decent idea of not only what sort of team they could field this upcoming season, but also which of their draft picks might make a more immediate impact.

Here’s another early look at how the depth charts should shake out before the team enters training camp.

The Steelers should have a healthy camp competition at the quarterback position entering the 2020 season.

Franchise quarterback Ben Roethlisberger is expected to make a full recovery from an elbow injury that cost him all but six quarters of football in 2019. With Big Ben on the field, the Steelers offense looks drastically different.

Behind him, the organization gave a vote of confidence for 2018 third-round pick Mason Rudolph, who had a strong start to his 2019 season fade due to a scary concussion hit in Week 5, and then shaky play afterward which saw him benched, then brought back four weeks later only to suffer a collarbone injury in Week 16 and be placed on IR to end the year.

Undrafted fan-favorite Devlin Hodges will return to fight for the third quarterback spot with a former first-round pick Paxton Lynch. Hodges gained experience in a trial-by-fire situation when both Roethlisberger and Rudolph were injured – Hodges hadn’t made the 53-man roster but was brought back in Week 2 when the team traded former backup Joshua Dobbs.

Lynch, who was drafted by the Denver Broncos, was unsuccessful there and was cut by the Seahawks when vying for the backup spot there in 2019, but saw his bid fall short due to injuries.

The Steelers boast a bunch of running backs capable of shouldering the load in 2020.

2018 Pro Bowler James Conner enters the final year of his rookie contract and hopes to remain healthy to be the feature back after missing three games in 2018 and six in 2019.

Conner led the team in rushing with 464 yards but was quietly seconded by then-rookie Benny Snell, who was 38 yards behind on eight fewer attempts. Snell is a power back and could make a second-year leap expected of players at his position.

Those players near the bottom part of the depth chart will be challenged by newcomer, fourth-round pick Anthony McFarland Jr. out of Maryland.

In 2018, McFarland was named second-team All-Big Ten and a Freshman All-American, rushing for 1,034 yards and four touchdowns on only 131 carries: a 7.9 yards-per-carry average.

That was in a dozen games with only five starts… for Maryland. (Hardly a team known for its high-powered offensive line, which yet, faces high-powered defenses such as Ohio State, Michigan, and Michigan State.)

McFarland’s 2019 was hampered by a high-ankle sprain, which likely saw his draft value fall. He still managed to score eight rushing touchdowns with a 5.4 YPC average, and also caught 17 passes out of the backfield with a 7.4 YPR average too, making him a low-risk but high-reward pick that could push for playing time in the near future.

2019 was a struggle for JuJu Smith-Schuster, who was on a mission to prove he could be the team’s top receiving option after the Steelers dumped Antonio Brown in a trade earlier in the offseason. Unfortunately, JuJu had nagging injuries that saw him leave the field in portions of games as well as miss four contests entirely.

He looks to bounce back with an improved third-year receiver in James Washington (who led all pass catchers on the team with 735 yards) and second-year pro, Diontae Johnson, led the way with five receiving touchdowns.

The Steelers top draft selection in the second round, Chase Claypool, adds size and speed to the receiver room. The 6-4, 238-pound receiver ran a 4.42 40-yard dash at the NFL Combine and will give Pittsburgh yet another dynamic to their passing attack.

Late season addition Deon Cain also adds size and big-play capabilities to the depth chart while slot receiver Ryan Switzer also returns from the injured reserve list. Depending on how many receivers the team keeps for the regular season, each of the latter two players could be vying for one final roster spot.

One of the big splashes the Steelers made in free agency was to acquire TE Eric Ebron, formerly of the Lions and Colts. Ebron’s play diminished in 2019 due to injuries and poor quarterback play with his former team, but he too is only one season removed from a stellar 13-touchdown Pro Bowl season.

He is joined by veteran Vance McDonald who saw his numbers dip as well due to the lackluster Steelers offense last season but still managed to play more snaps than any non-offensive lineman player on that side of the ball.

Second-year prospect Zach Gentry was considered a prospect as a fifth-round draft pick will continue to work his way into a larger role on offense as time goes on.

Perennial Pro Bowlers Alejandro Villanueva, Maurkice Pouncey and David DeCastro may have some adjustments around them as the Steelers added the versatile Stefen Wisniewski to their roster via free agency. Wisniewski is expected to fill the vacancy left by the retirement of Ramon Foster at left guard, but can also play center: a crucial detail for a team that lost backup guard/center B.J. Finney in free agency.

Matt Feiler has cut his teeth at right tackle for the last season and a half, but could be moved back over to his natural guard position as the team did during Ramon Foster’s absence for two games in 2019. In that scenario, Feiler played left guard while Chuks Okorafor played right tackle. Okorafor is expected to compete for the starting role there with both Feiler and swing tackle Zach Banner.

Lousiana-Lafayette prospect Kevin Dotson arrives via the NFL Draft. The large monster looks to push his opponents around, but will likely be groomed for at least one season before taking on a larger role as a versatile offensive lineman (mainly pegged to play the guard position).

The Steelers appear to be loaded with talent and experience at every level of their depth chart.

An aging offensive line, and concerns over the long-term consistency at the receiver and running back positions were all addressed in the draft. All eyes should remain focused on JuJu Smith-Schuster and James Conner, who each enter a contract year with 2020 being the final season on their rookie deals.

Conner’s inability to remain on the field due to injuries likely forced the Steelers hand in adding Snell and McFarland in back-to-back years, while JuJu seeks to have a bounce back campaign with the return of Big Ben.

And what a return it might be with the additions of Ebron and Claypool to the mix.

Stay tuned to see what else might be up the Steelers sleeve, particularly with the defensive side of the ball in our next “too early” look feature.