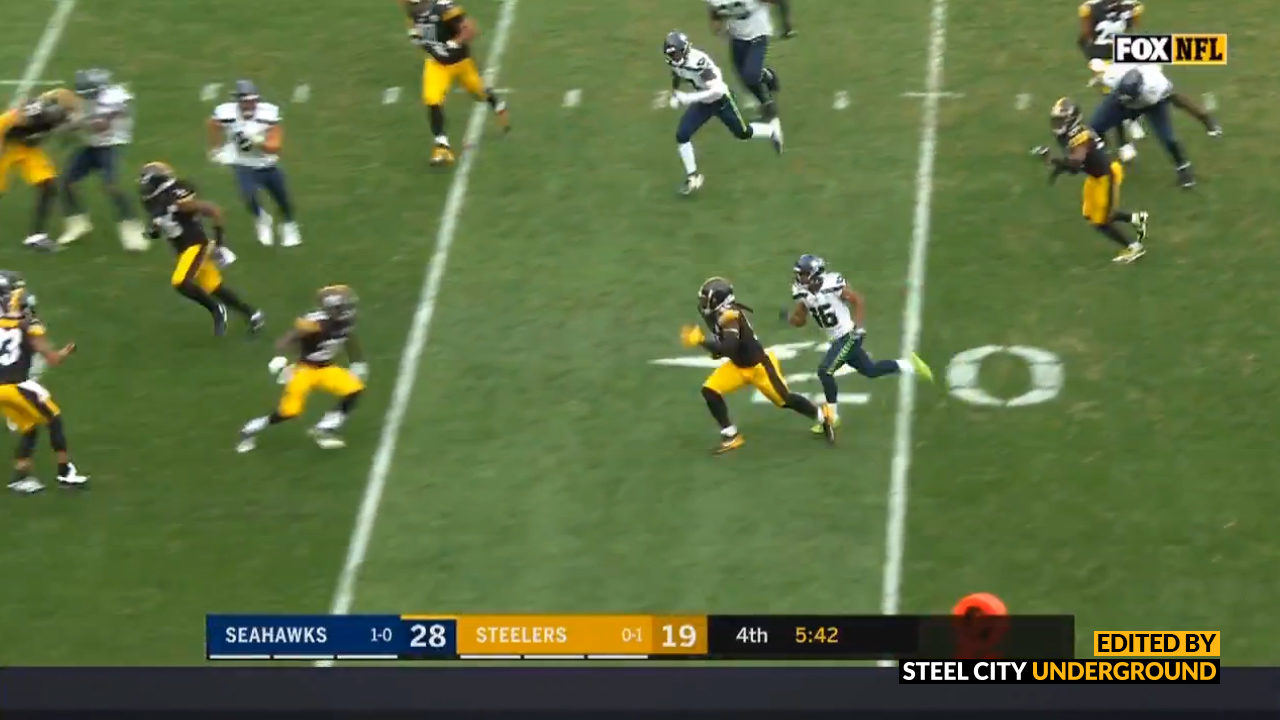 Plays of the Year: Devin Bush recovers a fumble; nearly scores in the fourth quarter

Searching for a defensive playmaker, the Pittsburgh Steelers moved up ten spots in the 2019 NFL Draft to select Devin Bush; an inside linebacker who would provide an unlikely fourth quarter spark for the team when all appeared to be lost.

Down 28-19 with a little over five minutes remaining in their Week 2 home opener, the opposing Seattle Seahawks had just received the ball off of a failed Steelers offensive series. Russell Wilson looked to seal the game for good as he took the field on the Seahawks first play of their new drive, but a fumbled exchange on a handoff to RB Chris Carson created an opportunity for the rookie Steeler.

Bush scooped up the ball, and then proceeded to run backwards for some odd reason!

Despite the negative momentum, the first-year linebacker nearly scores on the fumble recovery, setting up the Steelers offense for a one-play touchdown drive moments later.

In the end, however, the Seahawks would maintain a two-point victory with a final score of 28-26.