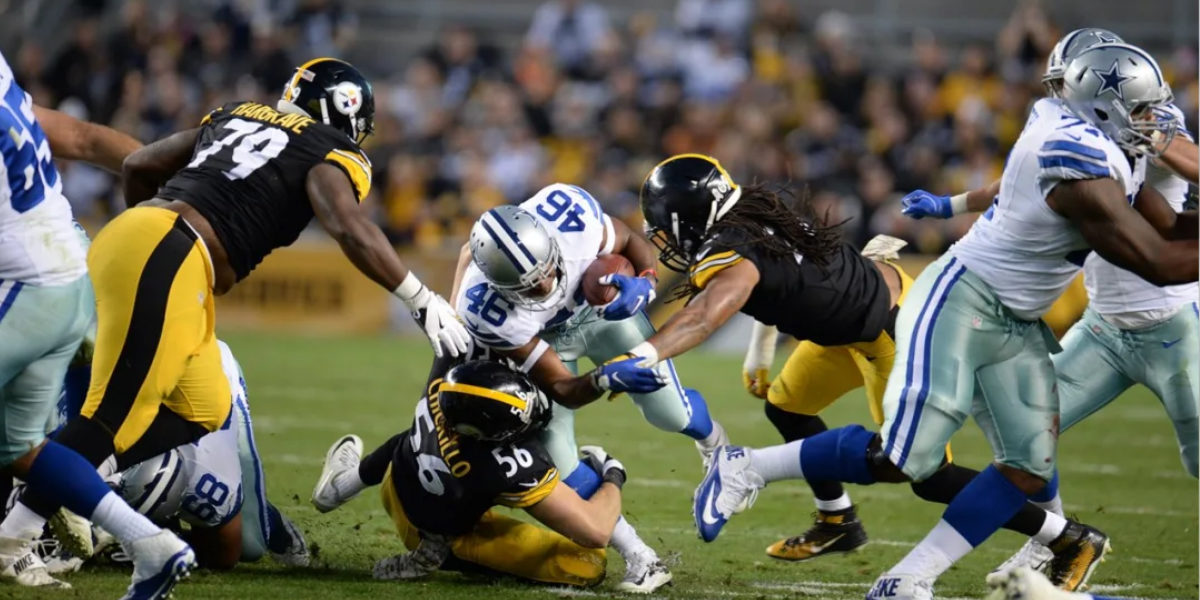 Over the past couple of weeks, Steel City Underground has previewed the upcoming 2020-21 NFL regular season, and the opponents the Pittsburgh Steelers will face, by quarters. This week we preview NFL Weeks 9-12.

The last time the Pittsburgh Steelers and Dallas Cowboys met during the NFL regular season was in Week 10 of 2016. Although the Steelers were statistically superior in several categories, including the number of first downs earned (30-20), sacks (2-1), net passing yards (400-295), quarterback completions (37-of-46 to 22-of-32), passing touchdowns (3-2), total yards of offense (448-422), it was the rushing game that gave the Cowboys the edge in the matchup. Ezekiel Elliott carried the ball 21 times for 114 yards and two touchdowns and earned another touchdown on a pass. Le’Veon Bell carried the ball 17 times for 57 yards and one touchdown, adding another touchdown on a pass against a Cowboys defense that was keyed-in on Pittsburgh’s ground game workhorse. Dallas won, 35-30.

While the selection on DiNucci was the most unexpected move from Dallas, leaving their fans scratching their heads over a kid most had never heard of that might get a shot behind Dak Prescott at some point, the Cowboys strengthened their defense, especially their backfield. With Gerald McCoy and Dontari Poe added to the line, Gallimore and Anae are guys they can cycle into the rotation.

Defense was where the focus was predicted to be, so when Dallas picked Lamb with their first pick, it appeared that the team wants to continue to make the offense friendly for Prescott. Dallas gave Amari Cooper a five-year, $100 million deal during the offseason that included fully guaranteed (at signing) money to the tune of $40 million. With Michael Gallup finishing 2019 with a 1,000-yard season, the Cowboys now have a lot of their monetary investment tied up in Prescott, Zach Martin, Tyron Smith, and Elliott.

Last season, the Bengals had a heartbreaking season. In the series with the Steelers, the AFC North rival lost both games; the first, in Week Four, was a blowout with Pittsburgh winning, 27-3, and the second was a little closer with Pittsburgh outscoring Cincinnati, 16-10. Bengals head coach Zach Taylor would like to build off of what little success his team had (a win over the New York Jets and one over the Cleveland Browns) last season by retooling and recommitting to playing better football in 2020.

It was fully expected that the Bengals would ignore trade offers and hold on to their ability to pick first overall in the 2020 NFL Draft. Cincinnati selected 2019 Heisman Trophy winner and the overwhelming favorite to go first in the draft, Joe Burrow. Burrow is expected to be Cincinnati’s quarterback of the future, so the addition of Higgins, a downfield and red-zone threat that is seen as a wideout with a big catch radius.

Cincinnati then focused on defense by securing depth at linebacker with Wilson and Davis-Faither. Both are athletic and aggressive players the Bengals feel will give them an edge in containing opposing run games and being able to drop into passing lanes or make good reads. The middle of the defense was where the Bengals struggled the most in 2019. Bailey, who suffered a season-ending injury in 2019 at Purdue after the first two weeks of play and is a solid depth player they can work into the rotation.

What stands out about how the Bengals drafted and have focused on for 2020 isn’t the positions but the traits the players they’ve added have been known for – leadership. Four-of-five picks on defense served as a team captain for their collegiate programs. During the offseason, the Bengals also added key defensive players in D.J. Reader, Vonn Bell, and Trae Waynes.

“You’re looking for guys that are going to be consistent day-to-day,” Taylor said on April 25 at the end of the draft. “[Guys who] are going to give their best effort, but also challenge those around them and not accept anything that’s less than somebody’s best. We’re not just trying to win games, we’re trying to win championships.”

“That’s what you’re trying to bring here,” Bengals veteran safety Shawn Williams told ESPN. “You can’t have that here if you’ve never had anyone that’s been a part of something like that.”

Recent history between the Steelers and Jaguars have shown that these two teams are willing to get physical and put up a fight in order to get a win over the other. The last time these two teams met during the regular season was in Week 11 of the 2018 season. After blanking the Steelers during the first half, with placekicker Josh Lambo securing the only points, the Jaguars were unable to keep Ben Roethlisberger from unloading two nice touchdown passes (Antonio Brown, Vance McDonald) or keep “Big Ben” from running in a one-yard rush to give the Steelers the win with five seconds left in the game.

How the merry-go-round of player personnel turns out for Jacksonville remains to be seen and should prove to be interesting long before they go head-to-head with the Steelers late in the 2020 season.

After previewing this matchup in Week 7, the Week 12 game will be held on Thanksgiving. Both AFC North rivals look to be in a “win-now” mode heading into the 2020 regular season and this late-season meeting will be more important than simply grabbing a turkey leg on national television. At this point in the upcoming season, both the Steelers and Ravens will be pushing hard for playoff berths. 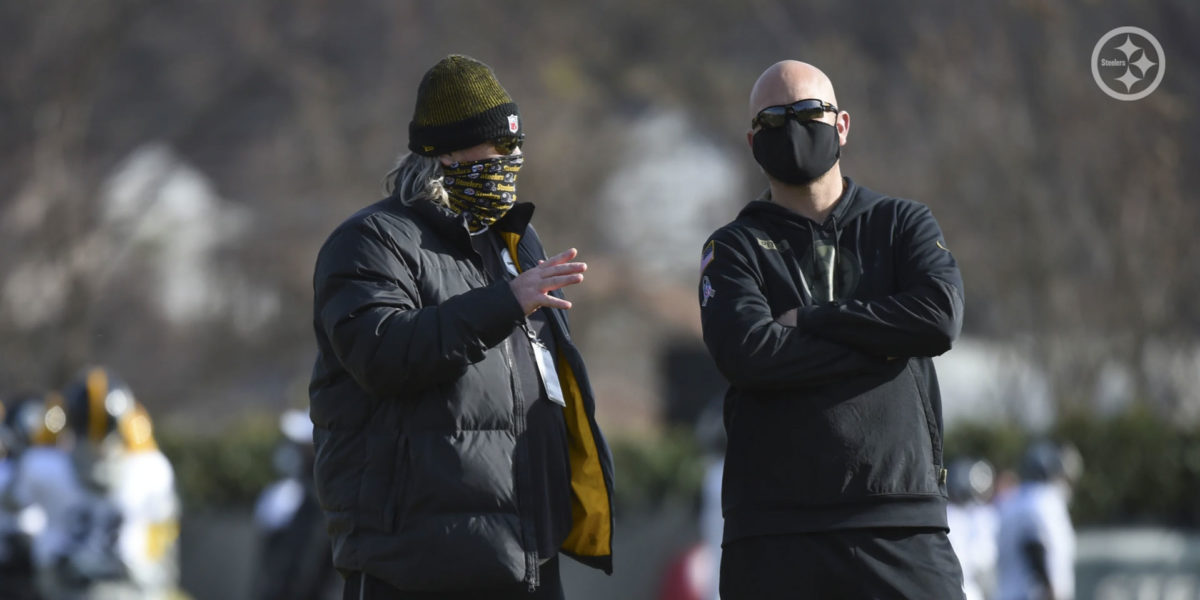 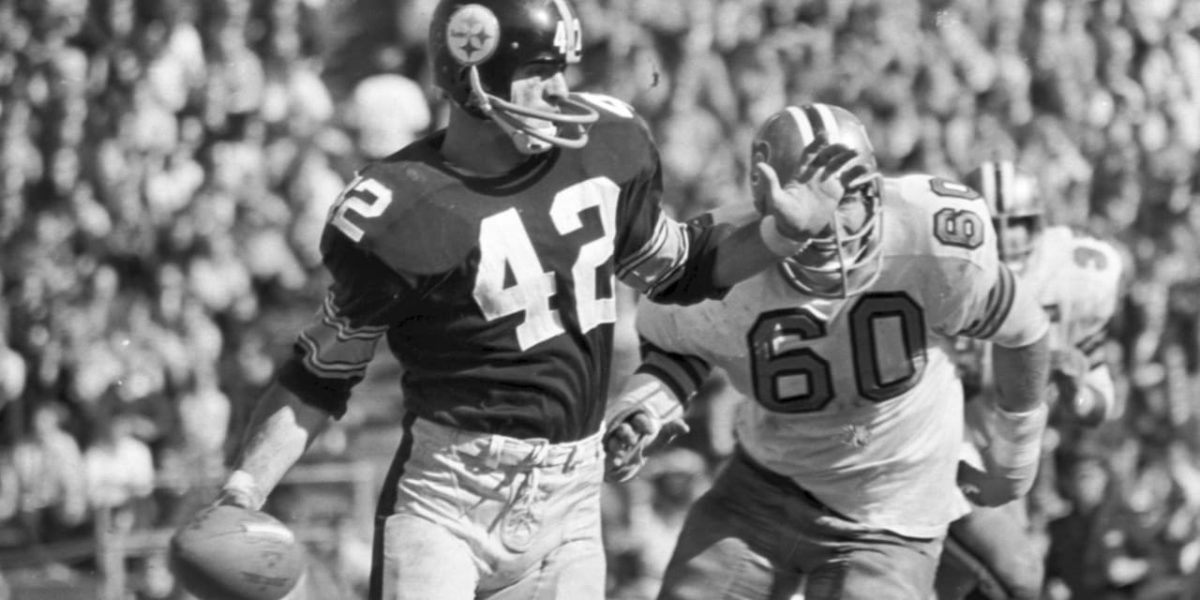 The best Steelers to wear each number: #42 Dick Hoak 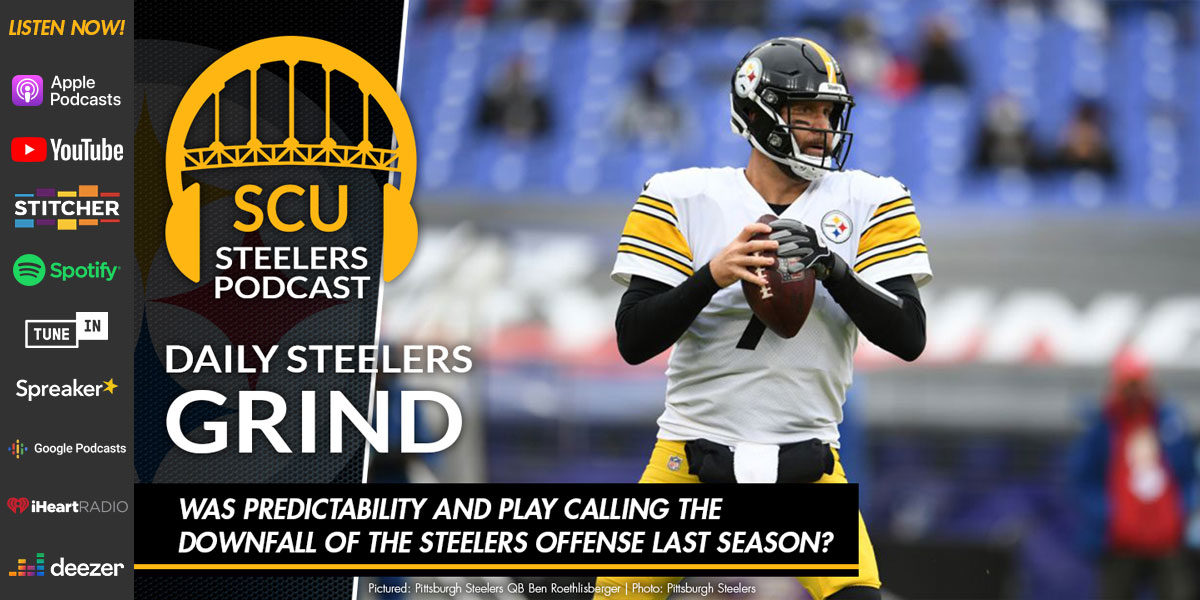 Was predictability and play calling the downfall of the Steelers offense last season?