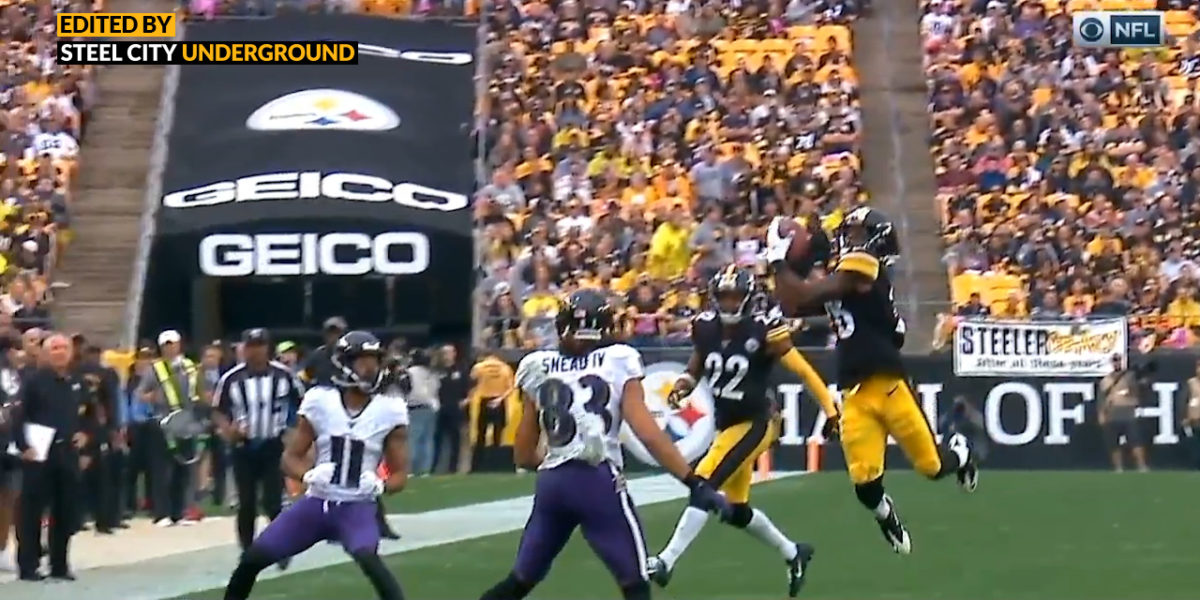 Plays of the Year: Mike Hilton easily intercepts Lamar Jackson near the end of the half

The Pittsburgh Steelers hosted the Baltimore Ravens at Heinz Field during Week 5 of the NFL season. At the time, the Ravens weren’t known to be the dominant team that they would finish the season as, and the Steelers were also an unknown no the defensive side of the ball as well.

The game was a bit of a back-and-forth affair after the Steelers recovered on offense from poor play-calling early that allowed the Ravens to get ahead 10-0 quickly. Thankfully, the defense did not have to do all the work to keep the Steelers in this game but they did take advantage of Ravens quarterback Lamar Jackson several times on the day.

As time was running out in the first half of play, with just over one minute left in the second quarter, a big play from Steelers defensive end Cameron Heyward set up a costly mistake by Jackson that Mike Hilton took advantage of.

On first-and-ten at their own 22-yard line, the Ravens lined up with Jackson in the shotgun. Pressured throughout the game, Jackson was unable to get loose as the pocket fell apart and Heyward was able to grab the wily signal-caller and bring him to the turf. With a loss of a down and three yards, Jackson was again under pressure when he targeted Seth Roberts short toward the left sideline. Hilton jumped the route and grabbed the ball cleanly out of the air before running out of bounds.

Hilton may not have made a big return, but the interception did help motivate the Steelers as Mason Rudolph was able to get back on the field and hit Jaylen Samuels short before two incomplete passes forced Chris Boswell to put his second field goal of the day through the uprights. The Steelers entered the locker room with just a four-point deficit. Hilton finished the game with four total tackles, a pass defensed, the interception, and a tackle for a loss.

Heyward and the Steelers defense recorded five sacks on Jackson for the game for a loss of 22 yards and added six quarterback hits.

Unfortunately, this is the game which ended with Mason Rudolph concussed and an overtime finish that saw JuJu Smith-Schuster fumble the ball within Ravens K Justin Tucker’s “chip shot” range. The Steelers would lose in OT by a final score of 26-23.