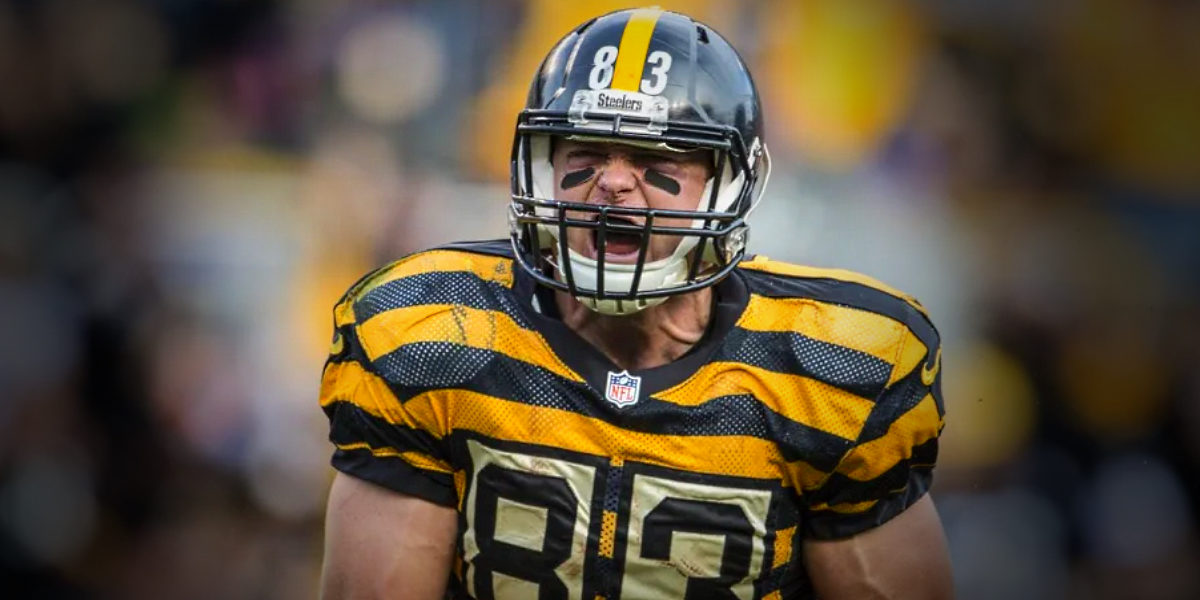 In this part of the series I take a look at the tight ends.

With numbers that put him in arguments as one of the top five pass catchers in team history, Heath Miller is an obvious lock for the top position on this tight end list. Miller spent all 11 of his NFL seasons with the Pittsburgh Steelers and was as effective a receiver as he was a run blocker. Miller was a part of two Super Bowl-winning teams during his time with the Steelers and was also voted to the Pro-Bowl twice in his career. Heath’s tenure with Pittsburgh was aided in a large part by his durability, never missing more than two games in any season and participating in all 16 regular season games six times. Miller ranks fourth among all Steelers receivers catching 592 passes in his career for 6,569 yards and 45 touchdowns. Heath Miller made sure to take advantage of every ball thrown his way, posting a career catch percentage of 71.8%, second all-time in the franchise behind only Le’Veon Bell (78.6%).

This may be breaking the rules of a ranking system, but all three of these pass catchers deserve recognition on this list. Nickel, Dial, and Mathews all rank as the oldest players in this distinction with careers ranging back to the 40’s, 50’s and 60’s when the tight end was not a recorded position. Instead these men were regarded as flankers or just straight up ends, but had almost identical responsibilities to the position today and certainly made their impact as skill players in the air attack. Elbie Nickel played his entire 11-year career with the Pittsburgh Steelers, earning Pro-Bowl recognition three times. Nickel’s career included 329 receptions for 5,131 yards and 37 touchdowns. Buddy Dial spent five of his eight seasons with the Steelers, becoming a Pro-Bowler in both of his 1,000+ yard receiving seasons. Dial racked up 4,723 receiving yards and 42 touchdown receptions, while averaging an impressive 21.6 yards per reception during his time in Pittsburgh. Ray Mathews was a local to the Pittsburgh area, attending McKeesport High School. Matthews spent all but one of his 10 NFL seasons wearing the Black and Gold. The two-time Pro-Bowler caught 230 passes for 3,919 yards and 34 touchdowns.

In the final spot on this list I have Bennie Cunningham just edging out Eric Green even though Green had an almost equal amount of statistical success in half the amount of time. However in this ranking system, the longevity and two Super Bowl victories for Cunningham outweigh the two Pro-Bowl appearances for Green. Cunningham, like a handful of others on this list spent the entirety of his 10-year career in Pittsburgh. The tight end hauled in 202 receptions for 2,879 yards and 20 touchdowns, finding touches in a crowded Pittsburgh Steelers’ offense.