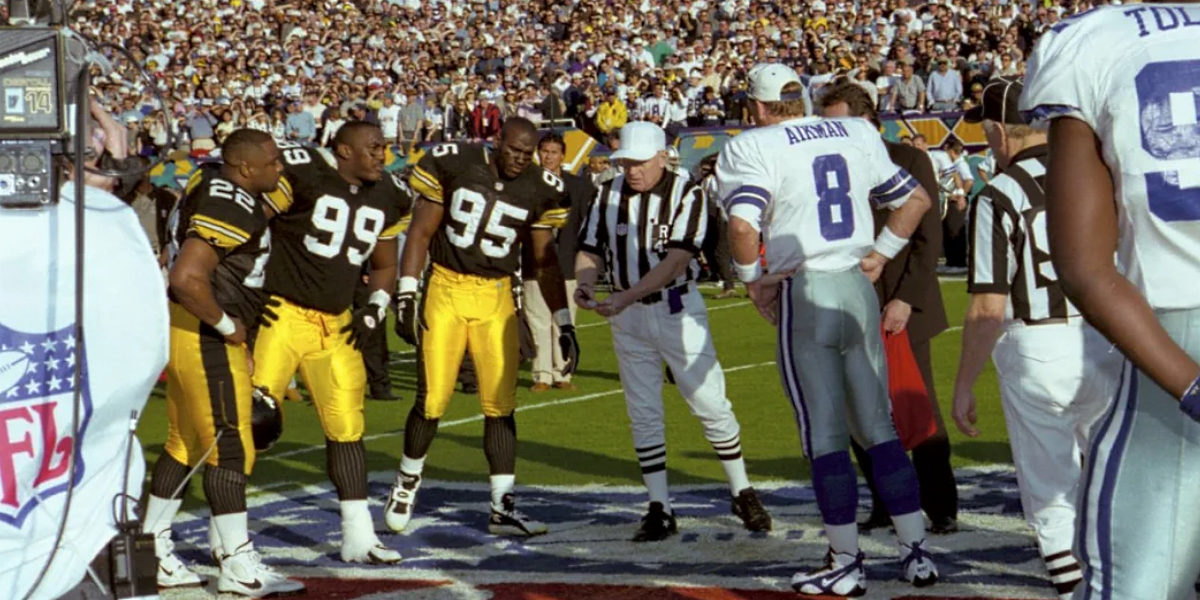 “Up-front physical… If there’s one silver lining in this dadgummed dark cloud, you can say that we came to play, and we played Steelers football.” – Kevin Greene

Both teams battled back and forth. The Steelers were 13.5-point underdogs but after Pittsburgh’s offense got things moving to set up a Norm Johnson field goal, it may be the successful onside kick that set up a Steelers touchdown that could have given the Steelers a real chance at a Super Bowl win that might be best remembered.

The kick was a gamble that worked. Deon Figures was able to scoop up the bouncing football. Neil O’Donnell went to work moving the offense but it was Bam Morris, running behind the block of John L. Williams, that got Pittsburgh within three points short of tieing the score.

In an interview with NFL analysts Chris Simms and Adam Lefkoe, Cowher admitted that he’d talked to Phil Simms about possibly opening the game with an onside kick but was dissuaded. “I feel if I do it then, I really don’t get a possession,” Cowher said. “I knew we were going to (use an onside kick) at some point… and it just, it was the right time in the first quarter, we’d just scored and it kind of got us back into the game.”

Unfortunately, on the next offensive drive for the Steelers, O’Donnell would throw the second of two interceptions to cornerback Larry Brown (the Super Bowl MVP) that set up a short touchdown run that sealed the win for the Cowboys.