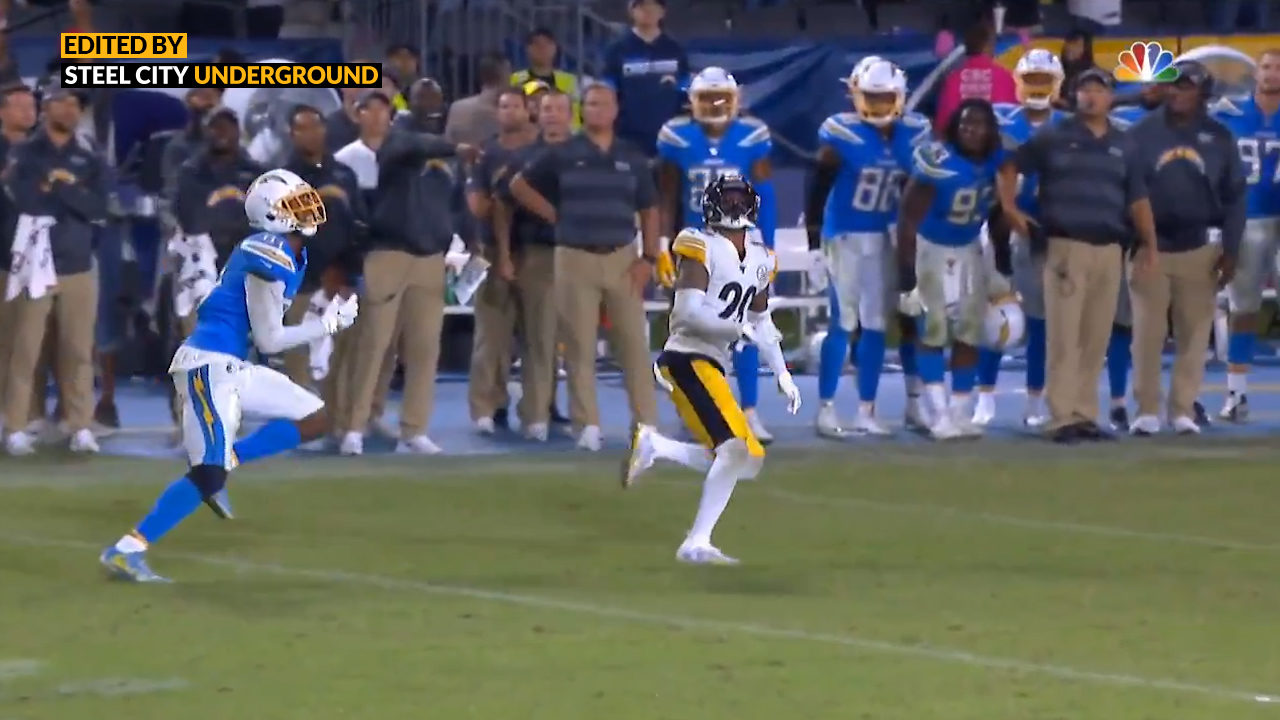 Down by seven points, the Los Angeles Chargers attempted to go all-in with 1:03 remaining in the Week 8 game against the Pittsburgh Steelers.

Following an incredible punt by Steelers punter Jordan Berry which was downed by Artie Burns on the Chargers 1-yard line, LA was backed up into their own end zone.

The first attempt by Chargers QB Philip Rivers missed its intended target, WR Mike Williams. Rivers would try to connect with Williams again on second down as the pocket would collapse around him, forcing an errant throw which would be picked off by Steelers CB Cameron Sutton, who was filling in for injuries late in the game.

The pick would be Sutton’s second as a pro, and would give the Steelers the opportunity to simply take a knee and run the clock out to close the game with a 24-17 victory.